Pierre Gasly says that Formula 1 should looks at ways of reducing the amount of spray produced by the cars in wet conditions.

Visibility rather than potential loss of control was the major reason why Sunday’s Belgian GP could not be run, with drivers reporting that they couldn’t see the red lights of the cars ahead even when running at safety car speeds.

The race was stopped after the two laps necessary to qualify it for points had been completed.

“Unfortunately, I don't think there was any other option possible because the visibility was so bad in the pack,” said Gasly, who was sixth in the safety car queue.

“If a car stops on track for whatever reason or crashes and many other cars are coming right behind we know the consequences if a car gets T-boned or something like this.

“The problem is you always rely on all the guys in front of you to stay on track and go at a similar speed that you're going. Because if someone is stopped and you arrive at 200-250km/h, visibility was about 30 metres.

“Once you see the car at 200-250 there's no way you're stopping. We've seen enough horrible things here on this track.”

Gasly suggested that addressing the spray issue would be the best way to ensure that there isn’t a repeat of last weekend.

"I think we should work on trying to reduce the spray behind the cars, because that's the real thing. When I was watching the medical car, obviously going at much lower speed, but the spray is a lot less than what we do with our cars.

“So I think that's one area where F1 should focus on for the next years, because if you reduce the spray and you have better visibility then okay, conditions are very tricky, you may have aquaplaning, you may have a lot of sliding, you might be very slow.

“But then after it's up to us drivers to be at the limit of the grip we have, but at least we see. And on Sunday the problem was the visibility." 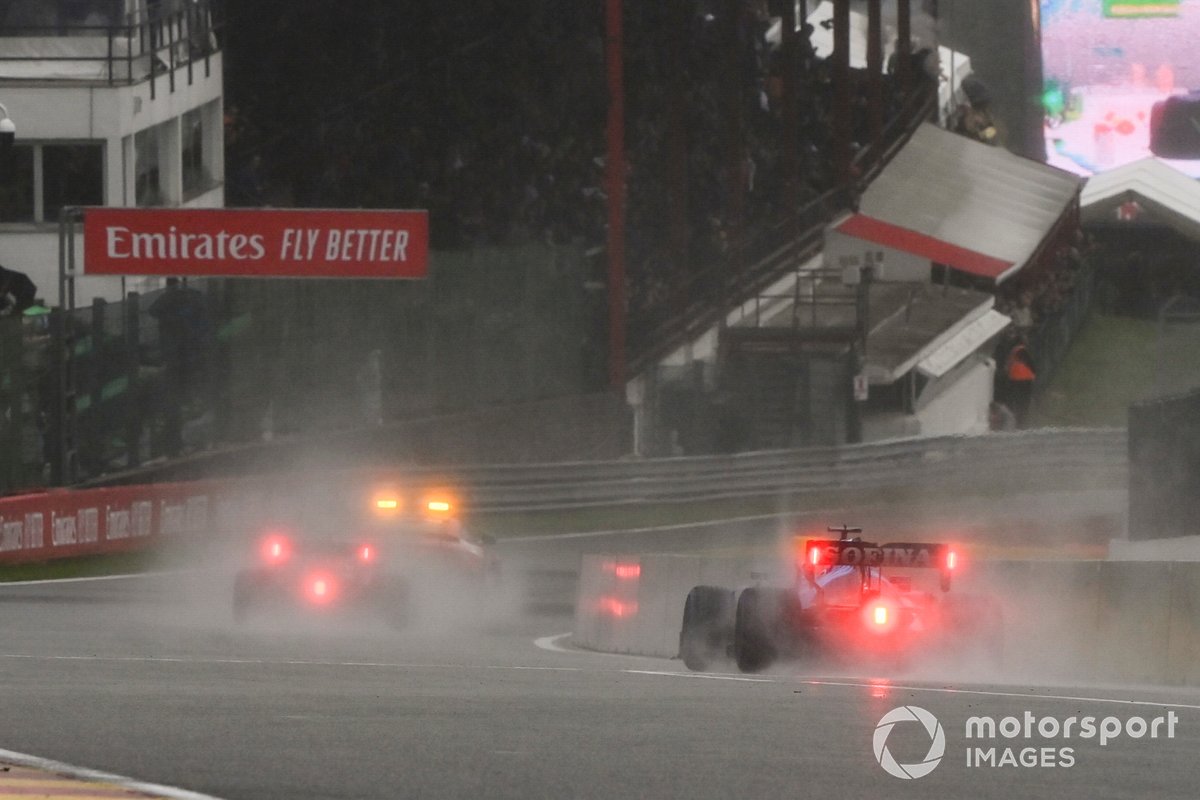 F1’s aerodynamic package is changing next year, and it remains to be seen what impact that will have.

Wet tyres are obviously the other key element in terms of spray, and Sebastian Vettel hinted that those of previous tyre supplier Bridgestone created less than the current Pirellis.

When asked to compare Sunday with the 2007 Japanese GP at Fuji, the German said: "We did a long time behind the safety car. We had different tyres then. You know what I mean?”

Vettel also noted that conditions were worse at Spa in Q3, when he called for a red flag, than on Sunday.

"There was a lot more standing water, and it's just us on our own. The problem in racing is that you are following each other. So you cannot start the race with 15 seconds gap between the cars.

“Yesterday, there was a lot more water on the track. Today was a bit less and if you go around, you get rid of the water but obviously the spray you don't get rid of.

“So that's always priority number one. It [not racing] is probably not a popular decision. But basically the right decision for the conditions we had."