Wolff: Mercedes in Formula 1 long-term if Daimler input is reduced

Mercedes will be in Formula 1 "for the long-term" if it is able to reduce the contribution from parent company Daimler, according to team principal Toto Wolff 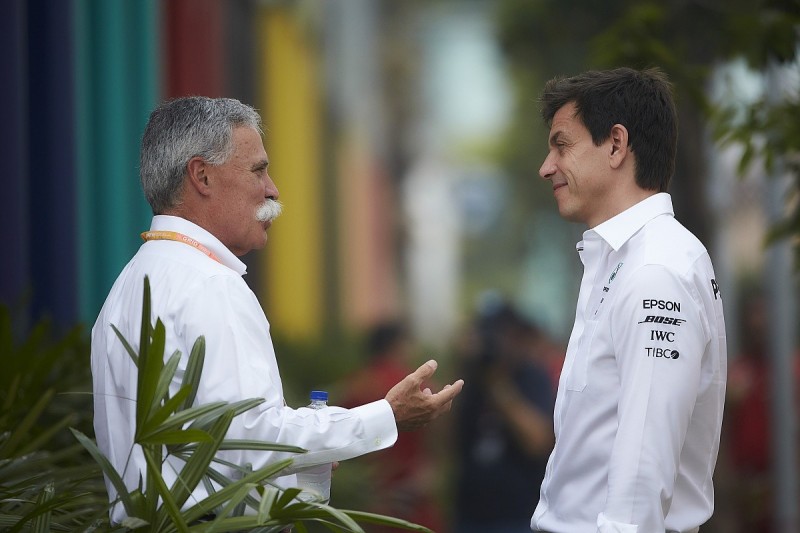 Earlier this year Mercedes' accounts, documenting its 2018 spend, revealed a net contribution from Daimler of less than £40m, with F1 prize money and sponsorship fronting the majority of its budget.

Mercedes has shown no signs of wishing to withdraw from F1 after next season, despite speculation occasionally linking it with an exit from the world championship before the next set of regulations come in.

Senior Daimler personnel were present for the season finale in Abu Dhabi last weekend, with board member Britta Seeger receiving the winning constructors' trophy on the podium.

Wolff believes the value Mercedes gets from its all-conquering F1 programme, which has won the last six drivers' and constructors' titles, is a major factor in its chances to continue, but stopped short of saying there had been any assurances about the team's future.

"I am the one that is responsible for the motor racing activities," said Wolff. "But I'm also the first one to acknowledge that times within the auto industry is changing and that all activities need to be looked at.

"Formula 1 and motor racing generally is an activity that we believe is part of our core DNA. The first-ever Mercedes was a race car.

"I think we need to become more efficient. We need to provide a solid business case.

"We need to reduce the contribution from Daimler into our exercise, and if we're able to achieve that, then we're in Formula 1 for the long term." 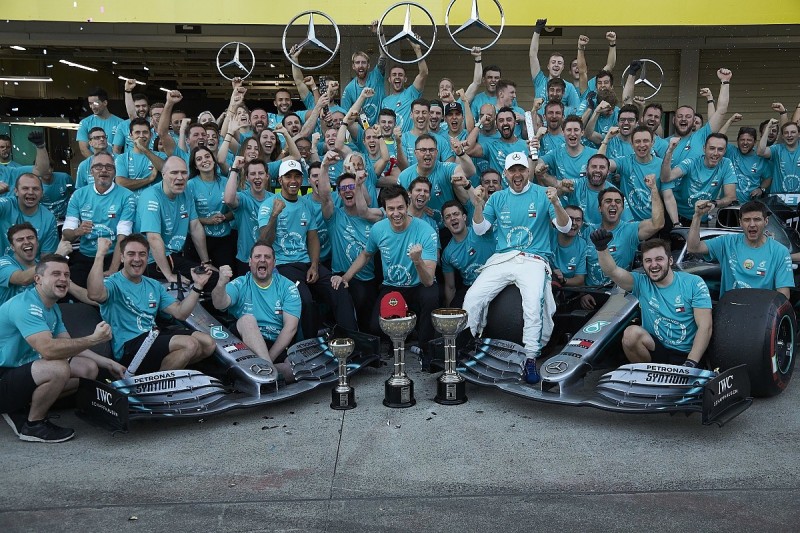 The Mercedes works F1 team was revived in 2010, 55 years after its initial entry, but it took until '12 for it to win again.

Mercedes finished second in the constructors' championship in 2013 but its major step came one year later, as it nailed the switch to V6 turbo-hybrid engines and began a period of unprecedented domination.

"F1 represents one of the best return on investments within the whole Daimler group," said Wolff. "We're generating more than a billion in return. And in the end, it's all about the brand.

"I think what we're doing is great entertainment, but it's also technology.

"It's the most efficient hybrid engines and giving the brand a sporting image.

"Since we've started on our successful journey in 2014, we have been a part of shaping a different brand image of Mercedes.

"Of course the road cars and the style and the technology are the most relevant part, but I think us winning Formula 1 grands prix has added our small contribution to change the way the brand is being perceived.

"And this is why the board members are here, it is a positive exercise it's something that Daimler actually benefits from."

Video: Would F1 champion Hamilton switch to Ferrari in 2021?