Wolff: Ferrari F1 woes could be different conversation at Spa/Monza

Wolff's team clinched its 10th win in 12 races after Lewis Hamilton overhauled the Red Bull of Max Verstappen to win the Hungarian Grand Prix, while the two Ferraris finished more than a minute behind.

Ferrari goes into the summer break without a win this season but Wolff thinks the characteristics of the Belgian and Italian Grands Prix that follow the shutdown could lead to a completely different picture.

"It's a track that probably doesn't suit them very well," Wolff said of Ferrari in Hungary last weekend.

"I have no doubt that the conversation could be totally different than the one we're having right now."

Wolff believes the layout and the power-sensitive nature of these tracks will suit Ferrari "a lot" and has made it clear Mercedes cannot rest entirely over the break.

"It's going to be difficult for us and that's why it's about enjoying the moment and starting [last week] we have to sort out our problems in order to be competitive at Spa," he added. 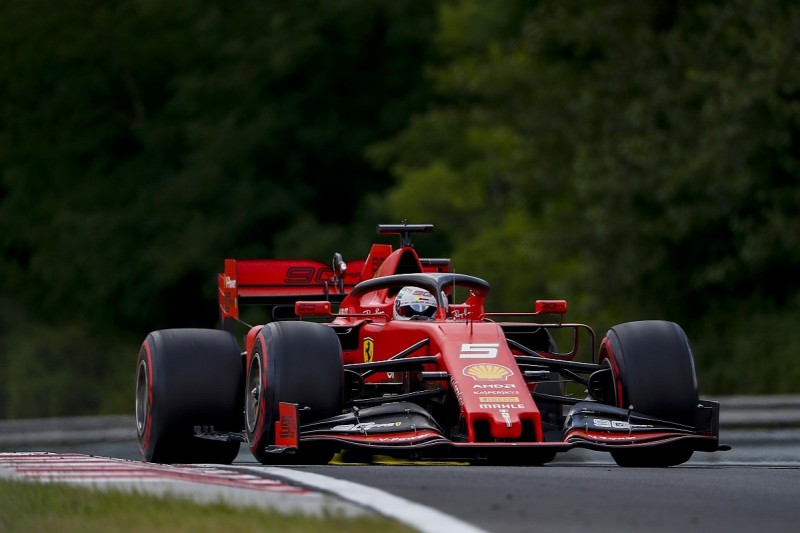 After the race in Hungary, Ferrari team principal Mattia Binotto said his outfit's one-minute deficit was a legacy of its downforce deficiency being exaggerated in the race.

Lead Ferrari driver in the championship Sebastian Vettel agreed it was no surprise to struggle so much.

"Obviously we are very competitive on the straights - [in qualifying] 6km/h or 7km/h faster at the end of the straight compared to Red Bull and also Mercedes," said Vettel.

"But we are losing quite a lot in the corners.

"There were some tracks where efficiency is more important, [the Hungaroring] is a track where inefficiency pays off, so whatever you have in terms of downforce is positive.

"That's where we are lacking performance and in the race I think it shows even more because you are sliding and then I think we are going through the tyres faster.

"So, it was not to our advantage. We have seen that as well in recent weeks, so in a way not a surprise.

"But we need to keep our head down and do the work."