Mercedes team principal Toto Wolff believes Formula 1 remains a "good showcase" for hybrid technology, but is not telling the story of its power units well enough

Following Honda's announcement last month that it would be quitting F1 at the end of 2021 due to its plans to become carbon neutral by 2050, the series' existing power unit formula has come under fresh scrutiny.

Honda's exit leaves just three manufacturers on the grid supplying power units - Mercedes, Ferrari and Renault - and there is no interest from any possible new OEMs to join at this time.

F1 is set to introduce a new power unit solution in 2026, but Honda's exit has prompted some figures to question if this should be brought forward.

The series' bosses remain committed to using hybrid power units with a fresh focus on synthetic fuels at a time when much of the automotive industry is pushing increasingly towards electrification.

Mercedes team boss Wolff felt F1 was still a good platform upon which to market and develop hybrids, but that the merits of the technology were not being promoted well enough.

"I believe we are not telling the hybrid story well enough," Wolff said.

"With 50% thermal efficiency, and the complexity and technology that exists in these cars with the energy recovery with kinetic energy or exhaust gases, the batteries that we're using and the technology within them, we are a pretty good showcase for hybrid technology.

"The next generation of power units, whenever they come, will lend even more to sustainable energy recovery and sustainable propulsion systems in the future. 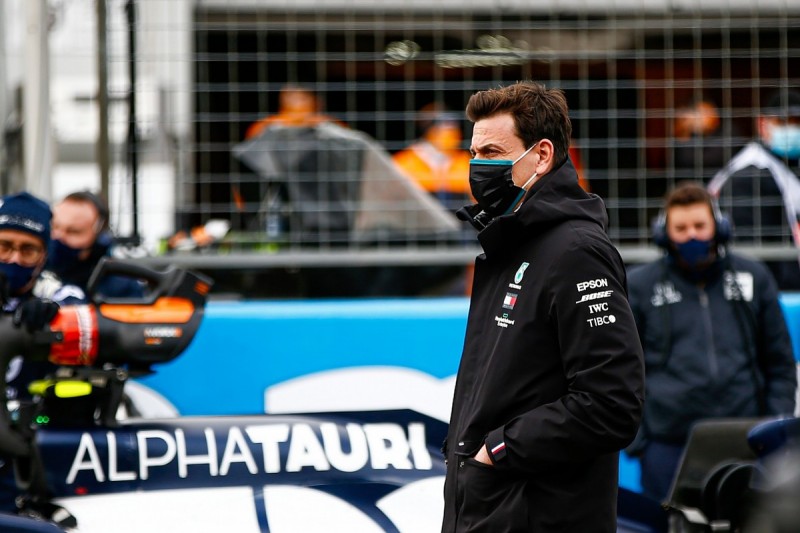 "We know now that we have to look at the costs. We don't want to make the same mistake that we are purely engineering driven, like with these power units.

"But make sure they are something innovative, sustainable, powerful, fuel efficient, and at a reasonable price."

F1's existing power units were introduced in 2014, when it switched from V8 engines to V6 turbo hybrids, albeit at a high cost for both manufacturers and customer teams.

Red Bull is now in search of a new power unit solution beyond the end of next year following Honda's exit, but has limited options due to a lack of outside interest from new manufacturers.

"When you look at the costs involved in the engine supply, they are enormous, and that is why Formula 1 has failed in its attempt to attract new engine suppliers and new manufacturers into the sport," said Red Bull F1 chief Christian Horner.

"It brings into real focus those costs, those cost drivers through the regulations. Honda's withdrawal is a real shame for Formula 1, but also a real wake-up call."