Toto Wolff believes the boos directed at Lewis Hamilton after Formula 1 qualifying in Hungary were a “consequence” of the fallout from his Silverstone crash with Max Verstappen.

Hamilton took his 101st F1 pole in qualifying for the Hungarian Grand Prix on Saturday, heading up a front row lockout for Mercedes.

But Hamilton was met with loud boos upon getting out of his car after qualifying and during his post-session interview in parc ferme, which appearing to come from a large contingent of Verstappen fans sat in the grandstand opposite the pits.

Hamilton brushed off the boos, saying the reaction “just fuels me”, but both Verstappen and Valtteri Bottas moved to condemn the response after qualifying.

Asked by Autosport about the booing, Mercedes F1 chief Wolff said that it “has no place in the sport”, but accepted that “emotions have been very high in the last two weeks”.

“The grandstands are packed with Dutch fans,” Wolff said. “So yeah, nobody likes that [booing], and people that have done sports competitively will never understand why that is.

OPINION: Why the tension between Mercedes and Red Bull won’t ease off

The F1 fanbase has been polarised since the clash between Hamilton and Verstappen on the opening lap of the British Grand Prix.

The saga rumbled on until this weekend’s race in Hungary after Red Bull requested a right to review the incident, only for the FIA to throw the case out on Thursday. 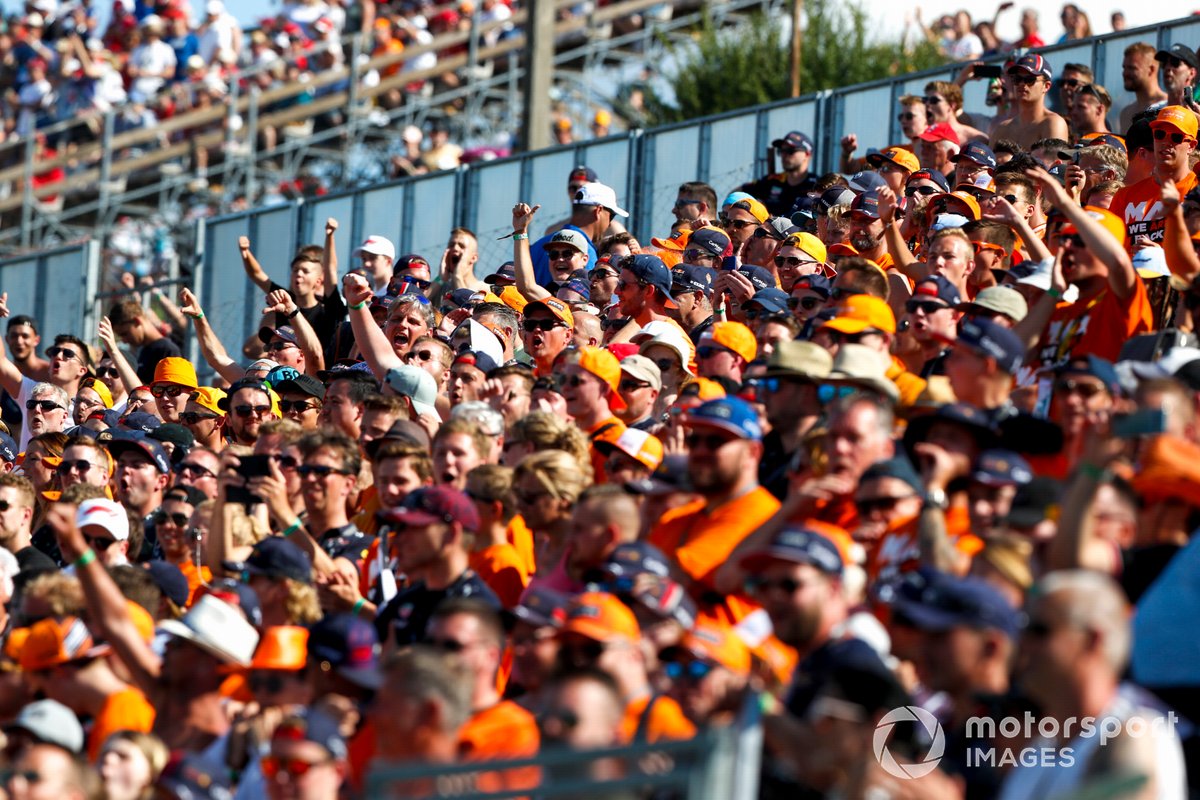 Wolff said on Friday that he hoped to “de-escalate” matters after previously saying that Red Bull had become “personal’ in its attacks against Mercedes and Hamilton.

While Wolff welcomed the passion that fans were showing in Hungary, he called booing “archaic”, and felt it was a result of what had happened since the Silverstone clash.

“It shows how passionate the fans are,” Wolff said. “Tribal instinct isn’t necessarily something bad, I very much that that instinct for the team too.

“If it were tribal, if they were passionate, if they were applauding and screaming for the drivers, that would be great. I think the booing has no place in sports.

“I think it’s a consequence of the events of the last few weeks. The incident was controversial, it was polarising.