In a bid to reverse the dramatic performance gains that teams have unlocked, which are putting tyres under more and more stress, a raft of changes have been made to the 2021 rules.

As well as tweaks to the diffusers and brake ducts, the key difference will be a clampdown on the floor area of the car ahead of the rear wheel.

The reduced area that teams are able to work with will have a dramatic change on how much airflow can be exploited to help improve downforce.

While teams are hopeful of clawing back some of their losses, Wolff has shot down any suggestion they will recover enough lap time to become even quicker in 2021.

"I don't think so," he said. "The aero was cut back considerably on the floor around the tyres, and it's going to take a while to catch up.

"We're still right in the middle of our development for next year, but I doubt we will be there quickly.

"In that respect, and with the tyres going a notch harder, I don't think we will near the lap times that we have seen this year. At least not in the first half of the year." 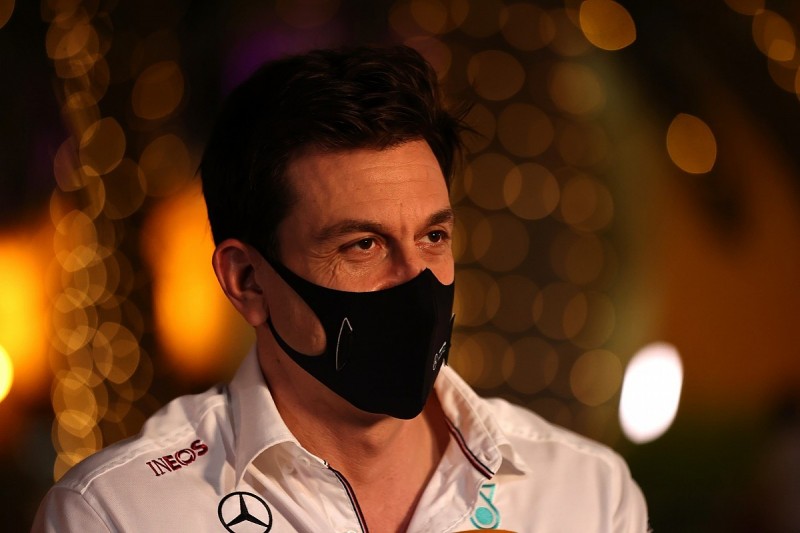 Pirelli is bringing more robust tyres for next year in a bid to prevent the kind of issues that resulted in a number of failures this season.

The new construction and compounds will be slower than teams have had over the past two years, with Williams head of vehicle performance Dave Robson thinking that the one-second drop off teams experienced testing the new tyres won't all be clawed back.

"Not all of it I don't think," he said. "I'm sure once we understand them, and we look at the data properly and the aero interaction, that we can better deal with them, and I'm sure we can recover some time there.

"I think it's genuinely a slower tyre, which is probably not unreasonable if it's stronger and has more endurance."

Despite coronavirus cost-saving measures meaning teams will have to carry over their 2020 chassis into the new season, modifications to aerodynamics are allowed - and teams can spend two development tokens on changing other limited areas.

Red Bull team boss Christian Horner recently revealed that only around 60% of his team's 2020 car will be transferred across to next year.

Well done F1 for holding a season in the pandemic - but what happens next?