Formula 1 has made a tweak to the technical regulations governing the floor for 2021, following the FIA's World Motorsport Council meeting on Wednesday.

As the original 2021 rules overhaul has now been pushed back to 2022, F1 and the FIA have instead added measures to limit development for next season to save costs, following the reduction in income for each of the teams amid the coronavirus pandemic.

Although there will still be the grounds for some aerodynamic upgrades, the chassis designs used for 2020 are expected to remain largely the same.

However, the regulations which dictate the general dimensions of the floor have been changed to rein in any gains in downforce over the off-season.

With Pirelli also expecting to use the same tyre constructions for the third season in a row, any gains in downforce would mean that the mandated tyre pressures would have to be raised further.

The changes to the floor would avoid bringing F1 tyre pressures into a range at which the tyres were not designed for.

2021's regulations now mandate an exclusion zone ahead of the rear tyres, which will cut a triangular shape out of the floor on either side to reduce the overall downforce produced by the floor. 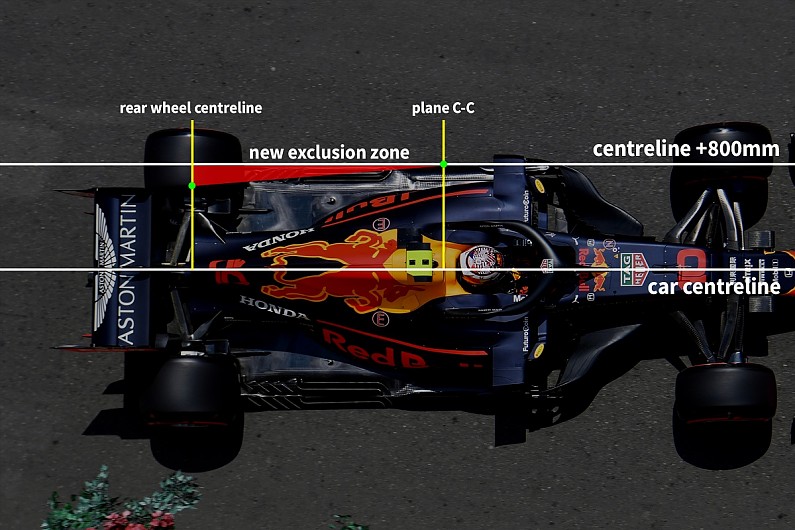 This is defined, as illustrated above, between a point intersecting "plane C-C" - a line drawn from the rear of the cockpit - and the edge of the floor, and a secondary point measured 650mm above the car's centreline along the rear wheel's axis.

This forms the exclusion zone, as highlighted above in red.

This will mean that many of the slots and cuts in the floor ahead of the tyres will no longer be permitted, as they fall within that exclusion zone.

Furthermore, this reduces some of the development available in this area too, which is commonly used to provide a seal around the floor and stop turbulence from the rear tyres from entering the diffuser.

In addition, the flex tests on the floors have become increasingly stringent, and bodywork will now only be able to deflect 8mm vertically - down from the 10mm allowed within the 2020 regulations. 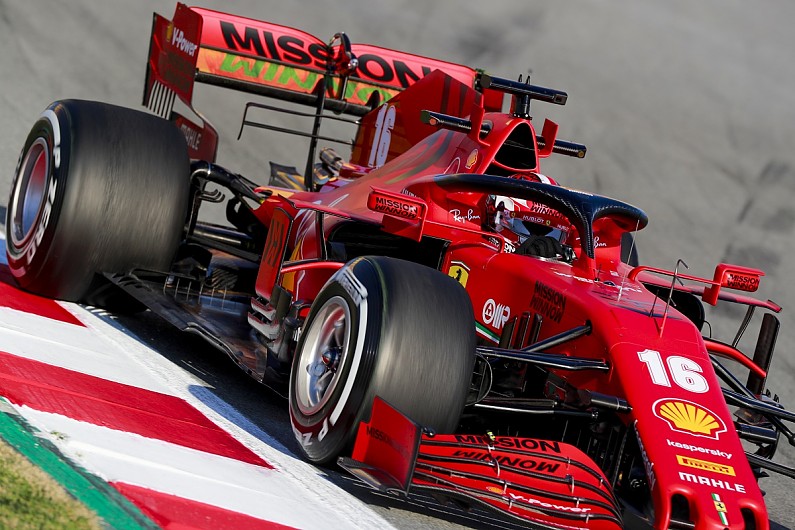