F1 is currently pushing to increase the sustainability of its fuels, with the existing level of biofuel components required to be used by teams standing at 5.75%.

Under the 2022 regulations that were originally planned for 2021, this figure will rise to 10%, but there are already plans for F1 to use 100% sustainable fuels upon the introduction of the next generation of power units.

The discussion around using the E10 fuel comes amid the consideration of a possible engine freeze for the 2022 season, which is being chased by Red Bull so it can continue to use Honda's power units upon its F1 exit.

Mercedes has stated its support for an engine development freeze for 2022, on the condition that no convergence mechanism for power unit performance is implemented, despite desires from Ferrari and Red Bull.

Wolff said that as part of the talks, Mercedes was "actually pretty neutral whether we do E10 or whether we don't", believing it to be "just a small step".

Red Bull team boss Horner felt the addition of another development factor would only complicate the proposed engine freeze for 2022, defeating the object of halting development. 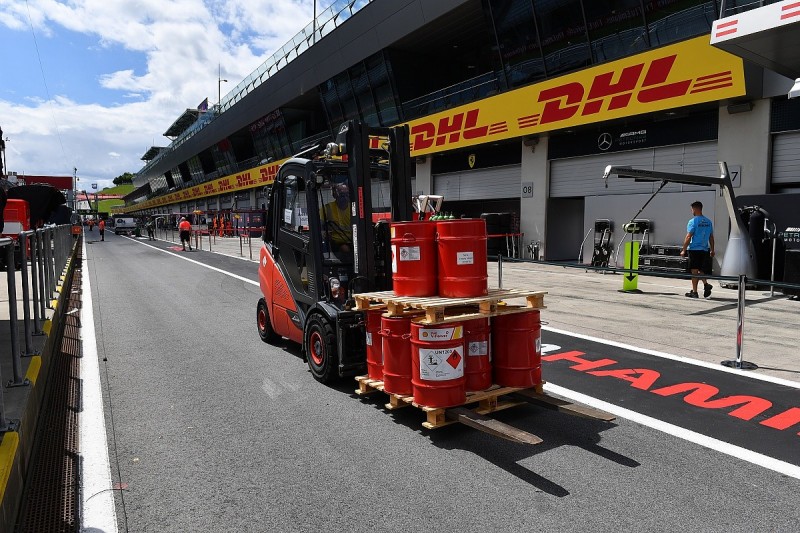 "My preference would be probably not to do the E10 fuel," Horner said when asked by Autosport about his position on its introduction.

"It's a development direct requirement for 2022, and [we'd prefer to] just bring in a completely sustainable core fuel with a new engine [instead of] going another 5% on the E10 for the current fuel.

"There will be consequences to introducing that fuel and that consequence obviously is inevitably costly."

The FIA delivered its first barrels of fully-sustainable fuel to F1's engine manufacturers earlier this month, giving a sample with which to conduct further research.

A deal to bring forward the planned new power units - which must be designed to work with the 100% sustainable fuel - to 2025 ties in with the engine freeze talks, but still faces opposition from Renault.

FIA technical director Gilles Simon said in the most recent issue of the governing body's magazine, AUTO, that the goal is to have the fully-sustainable fuels ready to use by 2023.

"We have not yet completed a full plan, but what I can say is that our target we are working towards [is] 100% sustainable fuels, in '23," Simon said.

"We are progressing, but I cannot say today it will be then. It's a little too soon to say we will be using 100% sustainable fuel in '23. But this is what we will try and achieve."