Williams's improved performance during the Abu Dhabi Grand Prix weekend running without its Coanda exhaust is a positive sign for 2014, according to Valtteri Bottas

As part of its preparations for 2014, Williams ran with a 2012-style non exhaust-blowing set-up during Friday practice.

It opted to continue with the package because there was an overall performance gain, even though the loss of exhaust-generated downforce would be expected to make the car significantly slower.

With the exhaust-blowing effect removed from the equation next year because the pipe exits must be located 170-185mm behind the rear wheel centerline, this should remove what appears to be a major weakness for Williams.

"It is better to drive, it is more predictable and now the car and the aerodynamics are doing more or less what they should do," Bottas told AUTOSPORT.

"It feels better and a good thing is that in next year's car, there is not going to be Coanda.

"Other teams have been ahead of us in developing the Coanda effect and I am pretty sure they are gaining more [there] than we did.

"Next year, the aerodynamics of the car need to work without that and it's going to be a good thing for us and hopefully a chance to catch up with the others."

The effectiveness of the car's revised exhaust specification suggests that a significant part of the Williams team's struggles this year has been thanks to a failure to use exhaust flow to generate downforce.

Chief race engineer Xevi Pujolar suggested the car's improved form was down to a confluence of factors, but that Abu Dhabi was an important step in validating design directions for 2014. 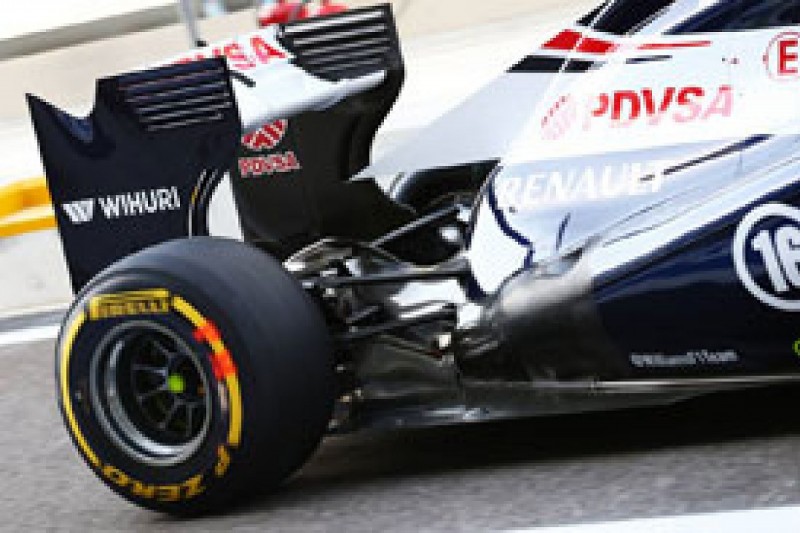 "Different parts of the car have been changed and as a result it was positive so we decided to keep it on the car," he told AUTOSPORT

"Maybe it's too simplistic [to say this indicates the exhaust-blowing effect is a weakness] - it's not a revolution, it's just that all together the car becomes a bit better and we are able to extract more performance.

"The exhausts give you performance, but then you can gain in other areas.

"If you get something that is more consistent, you can gain a bit more.

"It was very important to get a view into whether the direction we are taking for next year's car is right or not."