Robson worked at McLaren during Hamilton’s time as a junior driver with the team – where he would go on to make his F1 debut in 2007 and win his first world title a year later.

When discussing Hamilton’s achievement of sealing 100 career F1 pole positions at last weekend’s Spanish Grand Prix, Robson explained how it had been clear from early in Hamilton’s time with McLaren that there was “something” he “always had” that suggested the Briton had potential to succeed in motorsport.

Robson also said he had seen similar traits in Russell – a junior driver for Hamilton’s Mercedes operation and regularly tipped to follow in his footsteps with F1’s leading team – when he first met Russell ahead of his rookie F1 season in 2019.

“I think there are definitely some similarities there,” said Robson, who was Jenson Button’s race engineer while he competed against Hamilton at McLaren from 2010-2012, with Robson remaining in that role until he joined Williams for 2015 to be Felipe Massa’s race engineer. 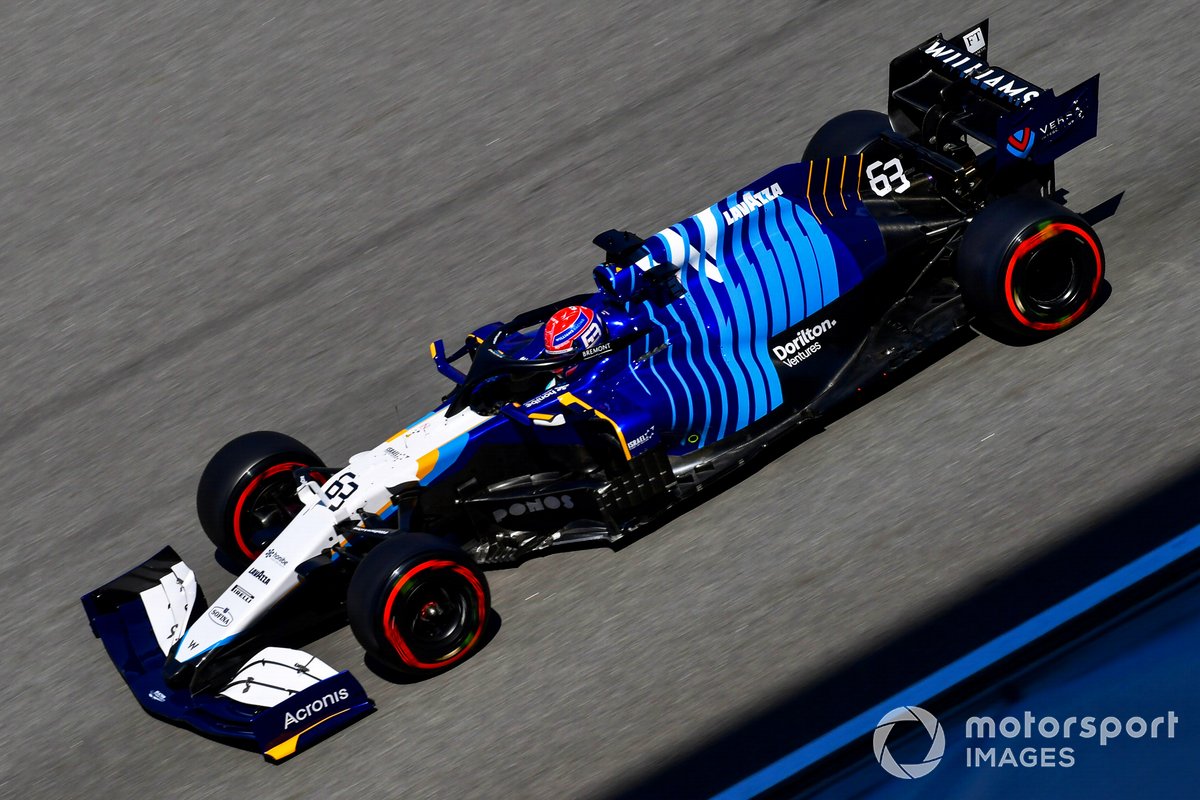 “And they were obvious from the first time I met George and we ran him in the simulator in Grove. Then we went up and run him around the airfield in a road car.

“I think the talent is there. I think he is very close to Lewis and has the potential to get there. For sure.”

“And to do it against some fairly impressive teammates along the way as well [is impressive],” he added.

“I've obviously not worked with him for quite a few years, but it's something he's always had, I think.

“There is just that something about him. That special quality that you can't really define.

“That was obvious right from when he was just a kid and [McLaren] took him testing at Elvington [airfield, for a straight-line aerodynamic test run] - going up and down the runway.

“He was born stiff after 10 minutes. Whereas most kids, when you take took them to Elvington, they were just chuffed to bits to be in an F1 car - even though they were just going up and down the runway.

“And he was different right from the beginning. He just has that talent and that tremendous attitude. So, take your hat off to him.

“He's an annoying customer to have on the other side of the garage, for sure. But yeah, he's a phenomenal talent.”