Renault's progress since its return to Formula 1 as a factory team has been "a remarkable turnaround", according to Williams deputy principal Claire Williams

The French manufacturer took over the struggling Lotus outfit ahead of the 2016 season, and scored just eight points in its comeback campaign to finish ninth overall.

It improved its tally to 57 points and finished sixth last year, and Renault appears to have made another step for 2018 - with both of its cars finishing in the points in Australia.

Carlos Sainz Jr also set the best lap of the weekend outside of the breakaway three leading teams in the second part of qualifying.

"Renault have definitely done a pretty impressive job - I think they are probably fighting, going to be snapping the heels of the top three," Williams said in Melbourne.

"That's a phenomenal turnaround - to turn around a team in this sport takes a huge amount of hard work and effort.

"And they seem to have done a really good job."

Renault managing director Cyril Abiteboul said earlier this year that "a lack of investment under previous ownership" had left the team lagging nearly a decade behind its rivals when it was taken over by the marque.

Facilities at its Enstone base have since been expanded and new staff have joined - with former FIA man Marcin Budkowski the highest-profile arrival. 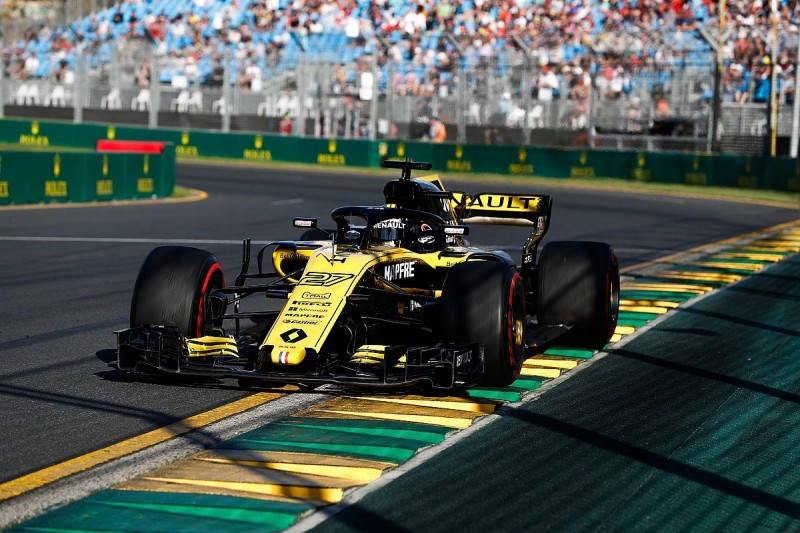 Speaking to Autosport, Nico Hulkenberg - who joined the team last year - said the impact of Renault's investment was clear to see.

"You feel it eventually, because it translates into performance," he said.

"This is also what I wanted from the team and what I expect.

"You don't get to the front in Formula 1 just by staying where you are, you need to make progress, you need to invest and you need to work harder than the others to catch up."

He added: "We have a good vision together. We will get closer to the front.

"The question is just how long it will take, I'm pretty sure about that."