Lewis Hamilton joked before the start of the season that the Mercedes engine's qualifying specification "should be the party mode", which triggered plenty of debate in Melbourne.

Ferrari and Red Bull were close to Mercedes' pace in the first two phases of qualifying in Australia before Hamilton went on to take pole by more than six tenths of a second.

Hamilton denied that was down to a special mode for the final part of qualifying, insisting it was the same as in Q2, though Mercedes' history of making a significant step from Q2 to Q3 led some to suggest this was untrue.

Mercedes has now explained that it will use one mode for the majority of each part of the grand prix weekend: the three practice sessions, qualifying and the race.

However, the use of its most powerful mode "varies according to the competitive context" and thus "sometimes this qualifying mode will be used throughout qualifying, sometimes only in Q3".

The different components can be instructed to interact differently, for example improving ICE performance by injecting more fuel into the combustion chamber or by changing the timing of the ignition, or by altering how its MGU-K and MGU-H can recover and deploy electrical energy.

Mercedes' three basic power modes have different supplementary settings that impact how the MGU-K and MGU-H recover or deploy energy, with Mercedes highlighting the race start as an opportunity for "full deployment".

Conservation is the priority in practice and parts of the race, and Mercedes uses a "recovery energy management mode" during the grand prix as it balances "ballsy on-track passing and tactical strategy". 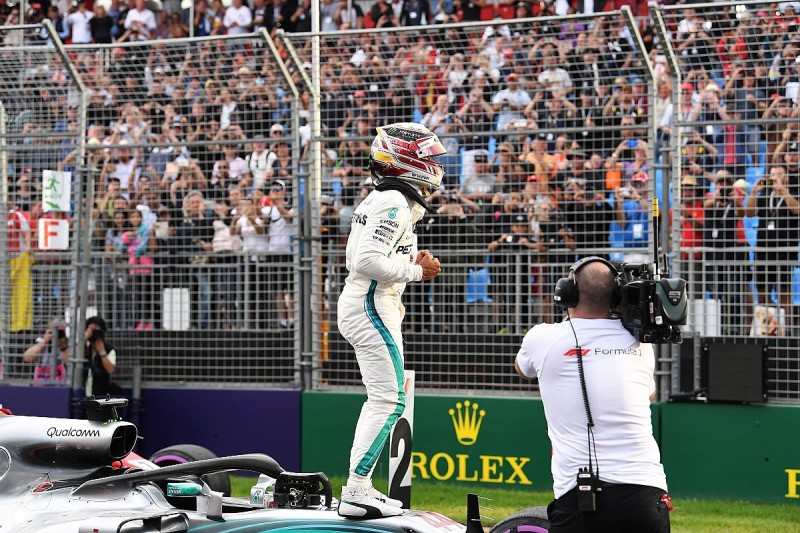 Both drivers suffered from overheating during the Australian GP, and Mercedes explained that turning down the performance of their race modes helped manage this situation - the same tactic it employs during a safety car period "to reduce the duty and cool the hardware".

Hamilton and team-mate Valtteri Bottas are afforded reduced mileage allocations of the higher power modes to protect the engines, as restrictions have tightened for 2018 and each driver must not use more than three engines over the course of the season.

This mileage is dictated by what Mercedes called the "phase document", which defines the limits to which the engines in its works cars, and customer teams Williams and Force India, may be used during each race weekend.

According to Mercedes, the fourth round of the season in Azerbaijan is the first "power-sensitive" circuit: a track considered to be "dominated by long straights and acceleration zones".

Mercedes said "it will be interesting to see how the storyline around engine modes develops as the season progresses, particularly when F1 reaches those more power-sensitive venues".