Russell explained after qualifying that he had been “just confused” why Latifi had “had the upper hand on me every single lap” throughout practice and Q1, with the Briton trailing in each session except FP3.

In Q2, however, Russell reversed the Williams’ drivers fortunes to maintain his 100% qualifying record against team-mates at the squad – his only F1 qualifying defeat to a team-mate being his loss against Mercedes’ Valtteri Bottas when he stood in for Lewis Hamilton at the 2020 Sakhir Grand Prix.

Russell said “everything came alive, the car felt great” when the Williams drivers used a set of medium tyres for their first runs in Q2 – the first time the duo had reached the middle segment of qualifying together since the 2020 Hungarian GP – and he stayed ahead of Latifi when they switched back to the softs to seal 12th and 14th on the grid.

When asked by Autosport what was behind Russell’s Q2 improvement, Williams’ head of vehicle performance, Dave Robson, said: “We know that he’s capable of pulling out a lap when it really counts, so I think there’s an element of that, [and] I think he was genuinely kind of surprised yesterday.

“Nicholas just came out of the blocks flying yesterday and was strong right from the start and I think perhaps that disturbed George a little bit and he’d got his head around that by this afternoon.

“To be fair to him, he’s just chipped away as the weekend has gone on – he just pulled out a good lap.”

Speaking about his pre-qualifying struggles, Russell said: “I came into this weekend thinking this could be our chance for Q3 and points.

“After every single session, I thought I'd be lucky to get out of Q1. Nicholas had the upper hand on me every single lap this whole weekend, I was just confused as to why. 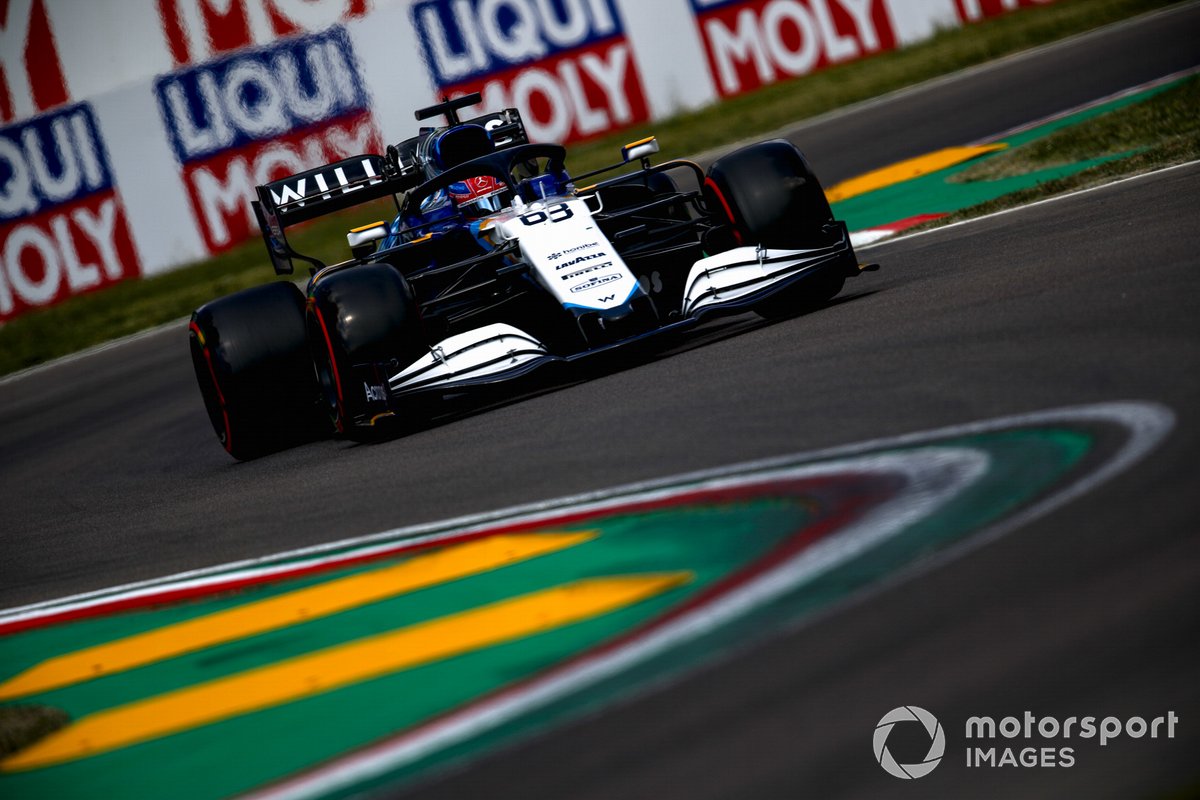 “I thought I was driving well, the car felt good. And he was just quicker than me, a good three or four tenths every time, and even in Q1 I scraped through by the skin of my teeth.”

Russell’s initial jump on the mediums in Q2 led him to feel he “actually wanted to do my second set on the medium tyre” in that session as well, but Robson explained “I don't think we would ever have done that” as the team needed to keep the extra set of mediums for Sunday’s race.

Robson added: “We desperately want that new option for some flexibility tomorrow, particularly with the weather forecast as it is [high chance of rain showers].”

Robson also put Latifi’s strong form this weekend – he has taken his highest F1 grid spot, beating Alpine’s Fernando Alonso with an identical time the Canadian set first, so starts ahead – down to him being “mentally strong this weekend”.

“He's just been extremely good right from the moment he rolled out of the garage in P1,” Robson continued. “In terms of both the pace and his whole attitude and demeanour has been particularly good.

“He obviously had a little bit of a blip in P3 [when Latifi crashed at the Villeneuve chicane] and it didn't perturb him at all. And the fact he went straight back out, once we were happy with the car, he was still pretty much back on the pace straightaway.

“I think having the car just consistent and behaving well all round the lap, I'm sure helps and plays a small part in that.

“But I think we also have to remember he was quick here in October. He does seem to be good here, as well as the car being good.

“But yeah, I think there was a bit more to it this weekend, not just that he's some sort of Imola specialist.

“I think, genuinely, he's driving well and in his whole attitude – and his mentality is really good.”