Sergey Sirotkin deserves a Formula 1 seat, says a senior Renault figure ahead of the Russian's Williams test on Wednesday

GP2 and Formula Renault 3.5 race winner Sirotkin has been a Renault F1 test and reserve driver for the past two years.

The 22-year-old remains under contract with Renault but has permission for a run with Williams in the post-Abu Dhabi Grand Prix test.

Though Robert Kubica is the favourite to replace Felipe Massa as Lance Stroll's team-mate in 2018, Williams's chief technical officer Paddy Lowe confirmed Sirotkin was "on the shortlist".

"I know I'm always likely to say that, because he is working with us, but I think he's got the pace. I really do.

"And certainly he's got, let's say, the work ethic." 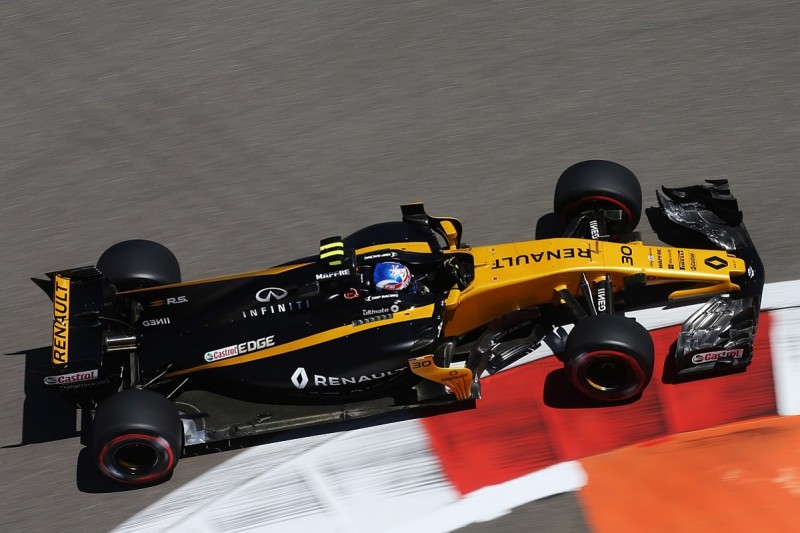 Permane believes Sirotkin has been unlucky in 2017, as his Renault suffered early failures in his Russian and Spanish GP sessions.

"He's had some really bad luck with us," said Permane.

"We haven't done a good enough job for him, honestly, on Fridays.

"He's driven the car four times and I think twice it completely failed on him.

"But in that time, if you look at his lap time, certainly compared to [Jolyon] Palmer in Malaysia in the wet and compared to our sort of immediate competitors, he does a good job for someone who doesn't drive the car very much. He was very quick.

"On the other side of things out of the car, I can't fault him at all.

"The effort he puts in, the feedback he gives in the office, what he is happy to do work-wise with the engineers, there are absolutely no problems at all."

"Unfortunately he's had quite a bit of bad luck. Whenever he had a chance to run in P1 a few times there were technical issues or the weather was bad, there was always something.

"I feel a little bit for him, that he never got to show what he can do, because I think he is quite a skilled driver."

He added that Sirotkin "definitely deserves a chance" and he would "for sure" consider him for the Williams seat.

When Renault was still evaluating Kubica, it fielded him and Sirotkin in a 2012-spec car at Valencia on different days, and it was widely reported that Kubica had been quicker.

Sirotkin said at the time that "what was written was partially true", but Permane felt Sirotkin had been done a disservice.

"And honestly, to compare across two days, it doesn't mean so much."

Hamilton: Hyper-soft is best tyre Pirelli has made since F1 return