She admitted that the situation, in which Massa was ordered to let his team-mate through into seventh place in the closing stages of the Malaysia Grand Prix, an instruction Massa disregarded, was not handled correctly.

"For our fans, we want to apologise for that because we didn't handle it in the best way," said Williams.

"It's disappointing for people who look at Williams and expect to see our guys being able to go out there and fight for things and to let them down or whatever. It's not the way we want them to go.

"We didn't handle the situation for either of our drivers particularly well, so of course we've apologised to our drivers.

Since the race, the team has spent time analysing what happened in the race and establishing the protocols in which such instructions will be issued in the future.

"What happened in Malaysia wasn't the best, and it wasn't a situation that was handled particularly well," said Williams.

"But we all learn from our mistakes pretty quickly, so we have spent the last few days after Malaysia going through the grand prix in minute detail, looking at the mistakes that we made and how we can rectify them so we don't have a repeat in the future.

"It was a team effort. We all sat with the drivers, the engineers and went through it.

"That's the most important thing to come out of a situation like that, you can have an open and honest discussion and then you can put new procedures in place that allow you to move on so that you don't make a repeat in the future."

TEAM ORDERS NOT RULED OUT

Williams did not rule out team orders being used in the future, although wherever possible Massa and Bottas will be able to race. 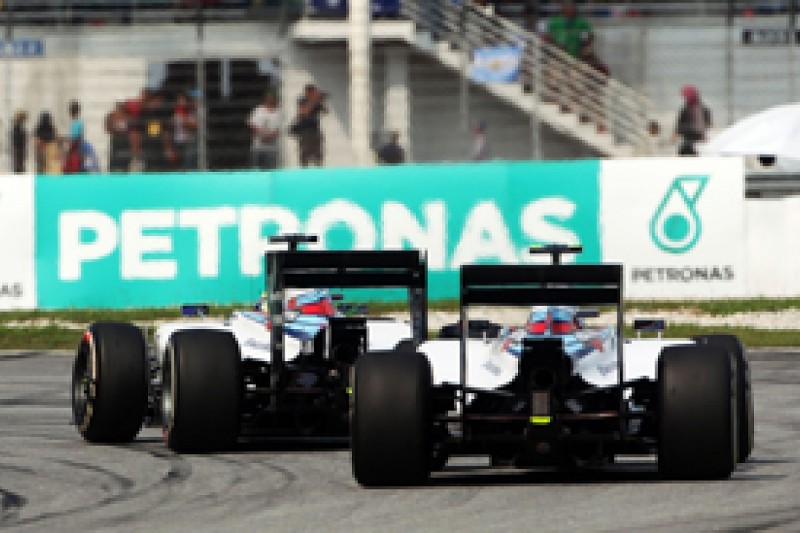 But she did attempt to distance the team from the more negative connotations of what has become a pejorative term in F1.

"I'd rather that it was just called strategic decisions and instructions, to call it team orders implies a whole load of negative connotations that I don't think are applicable," said Williams.

"We are a racing team that needs to score the maximum amount of points in the constructors' championship, so both drivers know that and understand that.

"As a team, those are the calls that we will be making to make sure that we gather the most amount of points.

"The objectives are to score the maximum points and to let our drivers race on the racetrack."