Formula 1's 2017 aerodynamic revolution is set to bring higher cornering speeds and faster lap times, but there could be a downside to creating F1's fastest ever cars

Red Bull's chief technical officer Adrian Newey is "enjoying racing again", according to team principal Christian Horner, following a period of stagnant aero regulations that made the design genius turn his focus to other projects.

But Toro Rosso team principal Franz Tost doubts the combination of new aero and bigger tyres will have a positive effect.

"I am not 100% convinced this is the correct way," he told Autosport.

"I believe it will become more complicated to overtake.

"These cars have a lot of downforce and wider tyres, which means it's difficult to follow in the corners and even more difficult to outbrake someone because you can brake much later."

One of the biggest keys to what we can expect for next season lies in the tyres.

Pirelli is in the early stages of its 24-day test programme that will conclude in Abu Dhabi on November 29, by the end of which it hopes it will be close to finalising its constructions and compounds for 2017.

Upon its arrival into F1 in 2011 Pirelli was charged with the task of developing a degrading tyre that would encourage more pitstops.

For 2017 it has been asked - primarily by the drivers - to take a step towards the past by making a more durable tyre.

This will be achieved by reducing the thermal sensitivity of the tyre to ensure "they are not as peaky", according to Pirelli motorsport director Paul Hembery.

There will still be a certain level of degradation, but it is a balancing act in trying to produce a tyre that does not overheat and allows drivers to push to the limit they desire while ensuring at least two pitstops per race still. 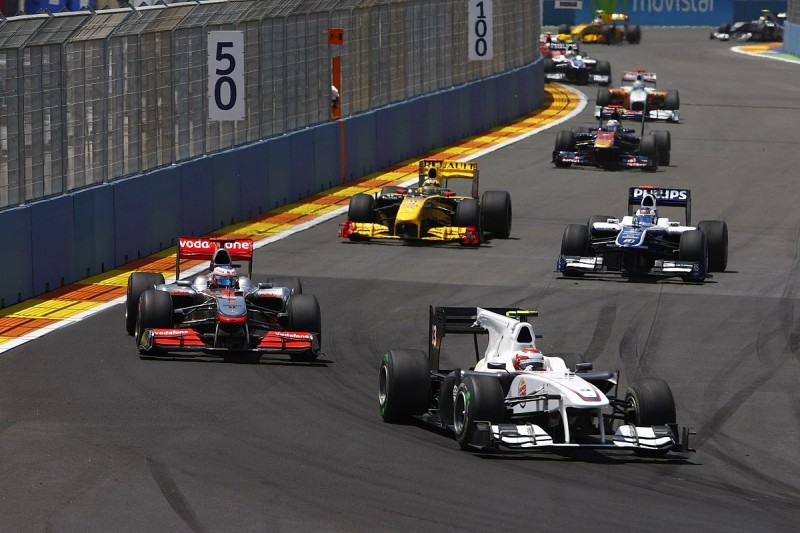 During Bridgestone's final year in 2010, the Japanese firm's bulletproof compounds made marathon stints such as the 53-lap run on hard tyres achieved by Sauber's Kamui Kobayashi in Valencia relatively common.

Warning of the potential danger to the spectacle, Hembery told Autosport: "It's a slight risk in certain grands prix.

"We're still trying to achieve a two-stop race, but you can only create a stop when there's a need to, and that comes through performance loss, degradation, or through wear.

"With less degradation you would clearly be less motivated to change the tyre as it's still going to be performing.

"But the other objective is to make something better for the drivers to drive on so they won't overheat the tyres if they push too hard, that they could be more aggressive with overtaking."

It is anticipated the new design of car will increase the drag along the straights, and with it negate some time, albeit for it to be recouped - and more - in the corners.

But if a driver can hang on to what is expected to be phenomenal grip into a corner, can brake that much later because they will be "driving on rails" in that corner, according to Hembery, the chances of executing a successful overtake are likely to be limited.

"When you speak to people up and down the pitlane there's a difference of opinion, from some who say 'Of course it will' [improve overtaking], to drivers who say 'Absolutely not'," said Hembery.

"There isn't a unanimous opinion of what it's going to do."

Hembery feels it was "the right time to make a big change to the tyre", given it has been "frozen in development" over the past three years to allow the teams to focus on the engine regulations. 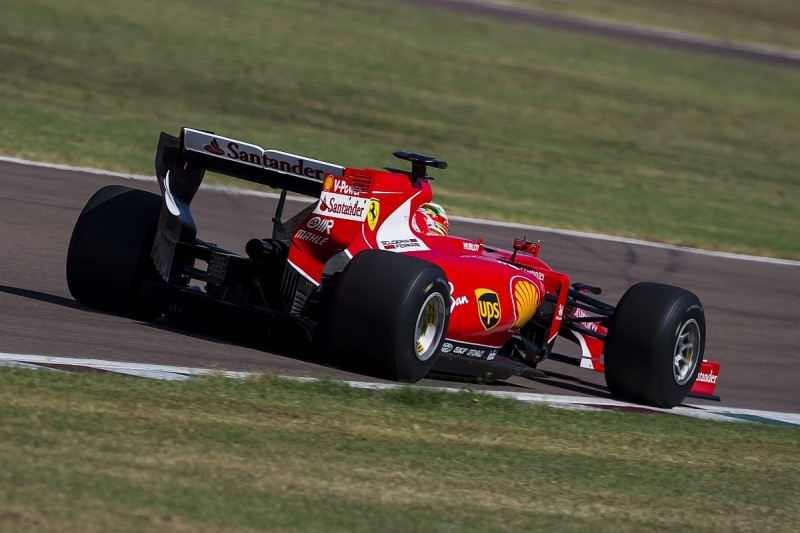 But with a less degradable tyre, the likelihood of fewer pitstops and the potential ability to overtake into a corner being reduced, there is a risk the changes could make F1 more boring.

Hembery added: "That's what I said.

"There is this difference of opinion when you talk to people, whether it would actually generate more overtaking because you can push harder, and you can take more aggressive overtaking manoeuvres into braking zones.

"It also depends on what the effects of following a car are.

"We've heard from many people that one of the other issues of today is the disturbance of airflow.

"If you're following somebody it disturbs your aero package and it reduces a little bit of performance there.

"So before we write anything off let's try it. A lot of minds have gone into coming up with these regulations."