Ferrari's confirmation that Frederic Vasseur will become its new Formula 1 chief marks a big change at the top of the Scuderia, ending weeks of speculation.

Ever since reports arose in the days leading up to the Abu Dhabi season finale that Mattia Binotto was on his way out at Maranello, and that Vasseur had been identified as the man to replace him, the winds have been blowing one way.

It marks the greatest challenge to date of Vasseur's long and largely successful career in motorsport. He'll now face the pressures of not only a team, but a nation. Where Stefano Domenicali, Marco Mattiacci, Maurizio Arrivabene and Binotto all failed, Vasseur must now succeed by ending Ferrari's championship drought.

And he is exactly the right man for the job.

Vasseur will enter a Ferrari team that is dealing with a big mix of emotions off the back of its 2022 campaign. While it was a missed opportunity to sustain a fight against Red Bull for the championship, it nevertheless marked a true return to being competitive again.

A first win in two-and-a-half years plus a solid baseline car gave good optimism for the future.

Ferrari CEO Benedetto Vigna's comment in an interview with CNBC that he was "not satisfied with second place, because second is first of the losers" seemed to underestimate the progress that had been made this year. Sure, the year didn't give Ferrari what it wanted, but it was still its best campaign since 2018.

It meant the split with Binotto was one that was not without huge risk. Not only did Ferrari lose its team principal, but it also lost its technical chief - Binotto was never replaced when he stepped up from the role of chief technical officer. Unlike its previous changes in team boss, there also wasn't a clear successor in-house, prompting it to look elsewhere and end up with Vasseur. 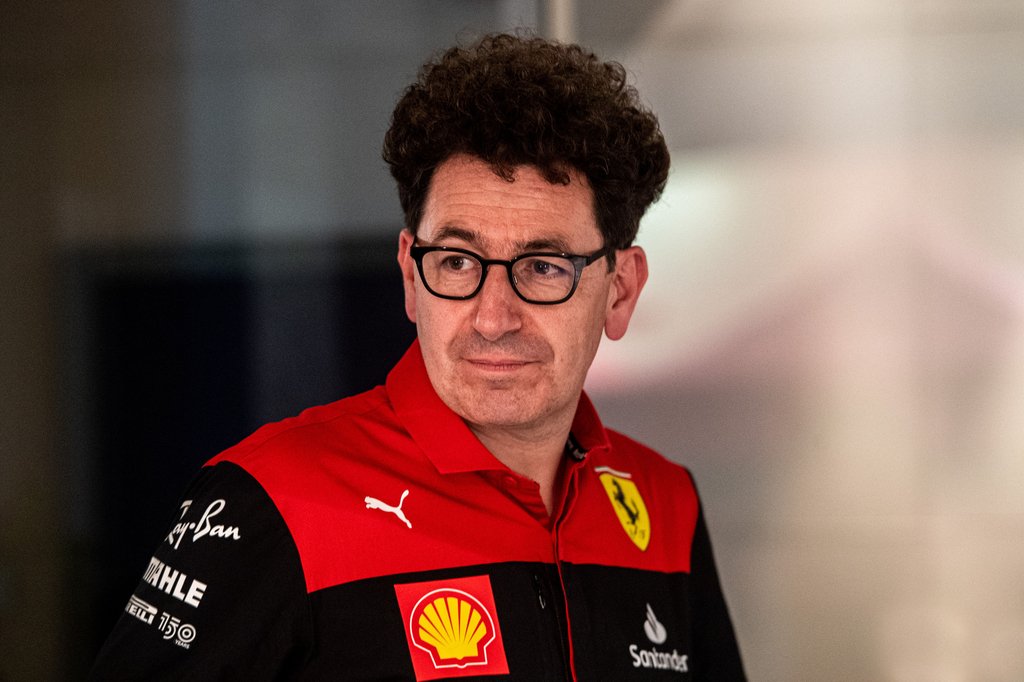 The time it will naturally take to get up to speed and understand the workings of the Ferrari machine, the most complex in F1, makes it a big ask to get things right the first time around in 2023.

A mindset that Ferrari needs

Vasseur is very much a realist. He won't be going into Ferrari expecting to click his fingers and make it a success from the word go, but there will be a clear sense of how he does and does not want things to work. A sign of this came when he arrived at Sauber as team principal in 2017. Within an hour of starting the job, he'd already cancelled the planned engine deal with Honda for 2018, so confident he was it was the wrong direction to go in.

Being so clinical may be a different proposition within a team the size and scale of Ferrari compared to what Vasseur ran at Sauber. Yet he has turned the team around, ending with its best finish under his stewardship of sixth in the championship this year. The momentum at the team has been very positive, and much of that is down to Vasseur's influence.

He summed his approach up very well in an end-of-season interview with Autosport, conducted before the first suggestions of a Ferrari move emerged.

"My job at the end is not to pay so much attention to the positive points," said Vasseur. "It's to try to understand where we fucked up, and to try to improve!"

He chuckled at his own honesty - he will bring humour that has perhaps been missing at times with Ferrari - but it shows the kind of person he is. There's a dedication and desire for better, not to get too wrapped up in success. 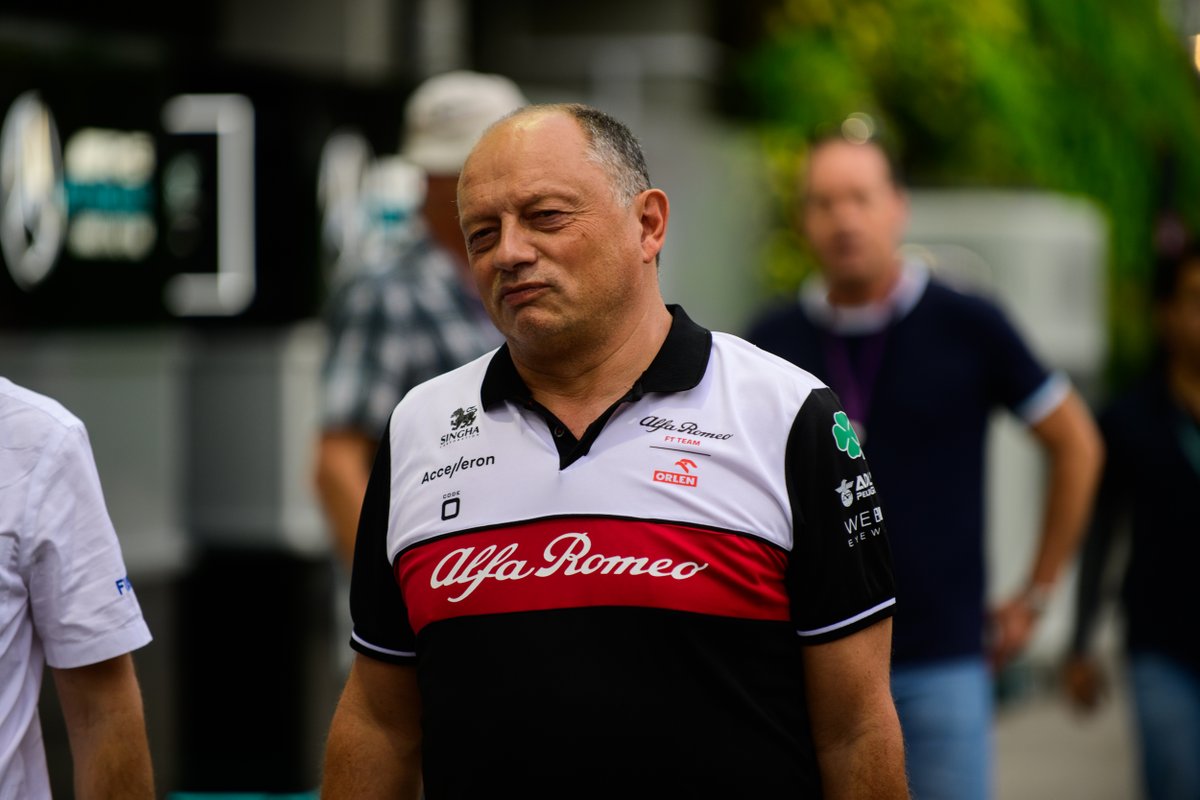 That direct approach is something that should serve Ferrari well moving forward. At points in 2022, when miscues saw wins slip away or cause frustration, it often felt like things were being deflected; the narrative was turned around that there were no great issues to resolve, and that mistakes were being overhyped. Ferrari may face more scrutiny than any other team, but that doesn't mean it isn't justified.

An approach that fits with Leclerc

Vasseur's history with Charles Leclerc is also something that cannot be overlooked. Leclerc raced for ART Grand Prix, the junior team Vasseur co-founded, on his way to the GP3 title. He then linked up with Sauber for his debut F1 season in 2018, putting in performances that gave Ferrari all the evidence it needed to hand him a seat for the following year.

Leclerc batted away a question on Friday in the FIA press conference about who his preference would be, saying: "No, and I won't comment on that." He simply said that the identity of the next team boss was a call for Vigna and Ferrari chairman, John Elkann, to make, but that he anticipated a smooth transition regardless.

Autosport put Vasseur's name to Leclerc, asking about his suitability for the job, to which Leclerc noted that Ferrari was "a very different team to any other." But he spoke warmly of their relationship.

"I've been working with Fred already from the junior categories, where he has believed in me, and then we've always had a good relationship," said Leclerc. "But apart from that, obviously this shouldn't influence any of the decisions. He has always been very straightforward, very honest. And this is something that I liked from Fred."

As Leclerc said, making things work with Ferrari is a very different challenge to any other team in F1, meaning there is no guarantee of things working well again with Vasseur as they did at ART or Sauber. But it's still encouraging for Ferrari that its young star, the great hope so much of its F1 future looks set to surround, gels well with the new man coming in. 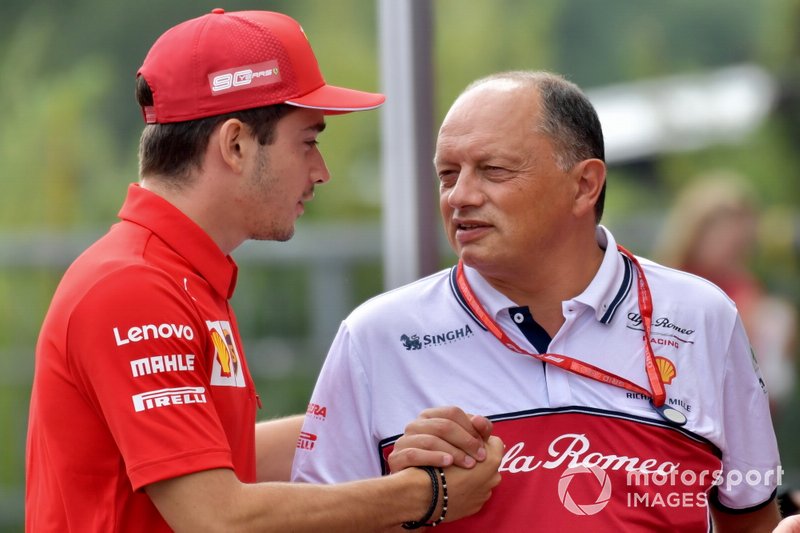 Ferrari will be the third team Vasseur has led in F1. He enjoyed a brief stint at Renault in 2016 before walking away, feeling his vision for the team didn't fit with that of managing director Cyril Abiteboul. "I had some troubles to fit with the system," Vasseur said in 2018, insisting there were no regrets or hard feelings. "It is much better for me to leave and to stop because I have some other projects in my life. And I stopped."

Vasseur was glad for the break - until he got itchy feet after a few months, and the chance to link up with Sauber emerged. He was impressed by the plans for the future, and how he would fit into them, saying it was "much more fitting with my expectations and the projects I had at the beginning of my career."

To be in charge of Ferrari's Formula 1 team is not something you can mould or adjust to fit what you want in the same way. Yet for Vasseur to leave Sauber, a team he had turned around to the point that Audi is arriving in 2026 and giving it works status, points to the confidence he must have in making it work.

It's a challenge Vasseur will embrace. But the reality of it is only set to kick in once the going gets tough. As Toto Wolff - who has always enjoyed a very good relationship with Vasseur, presenting a fascinating political dynamic - said on F1's Beyond the Grid podcast recently: "Representing Ferrari, you're representing the whole country. They write you up, they write you down - but with brutality."

The brutality will be something Vasseur has never previously faced in the same way. But if anyone can handle it, dealing with the pressures of an expectant nation, a fierce fanbase and the infested waters of F1's piranha club, it's him.