All good things come in threes. In the past five years, the Volkswagen Group has seriously considered entering Formula 1 twice, but ultimately decided against doing so both times.

But now officials in Wolfsburg are again looking into Formula 1 involvement - and the chances that it could work out at the third attempt are better than ever.

Nevertheless, the company is still a long way from a binding decision. A story from BBC Sport is currently causing quite a stir after Porsche vice-president of motorsport Fritz Enzinger was quoted saying that a Formula 1 entry for Volkswagen could be "of great interest" under certain conditions. Porsche Motorsport did not comment when asked by Autosport about the BBC story.

But Enzinger is not just anyone. The Austrian took over from Wolfgang Dürheimer as head of group motorsport for Volkswagen at the start of 2018. Before that, the 64-year-old was at BMW until the end of 2011, serving as the head of logistics for its Formula 1 project among other roles. He then played a key part in building up the successful organisation at Porsche that scored three overall victories at the 24 Hours of Le Mans and eight world championship titles in endurance racing across its programmes.

Since January 2019, Enzinger has been wearing two hats, serving as both Porsche motorsport boss with around 500 employees and as the person responsible for motorsport strategy for the entire Volkswagen Group. He is rumoured to be an avowed supporter of a Formula 1 project within the Volkswagen Group's management.

"Basically, all developments in motorsport and in racing series are permanently observed and evaluated," Enzinger told the BBC. He said this was especially true "with regard to the new engine and the rules for the powertrain in Formula 1 from 2025", when a new generation of power unit is set to be introduced.

"If aspects of sustainability play a role in this, for example the introduction of e-fuels, then that would be of great interest," Enzinger added. 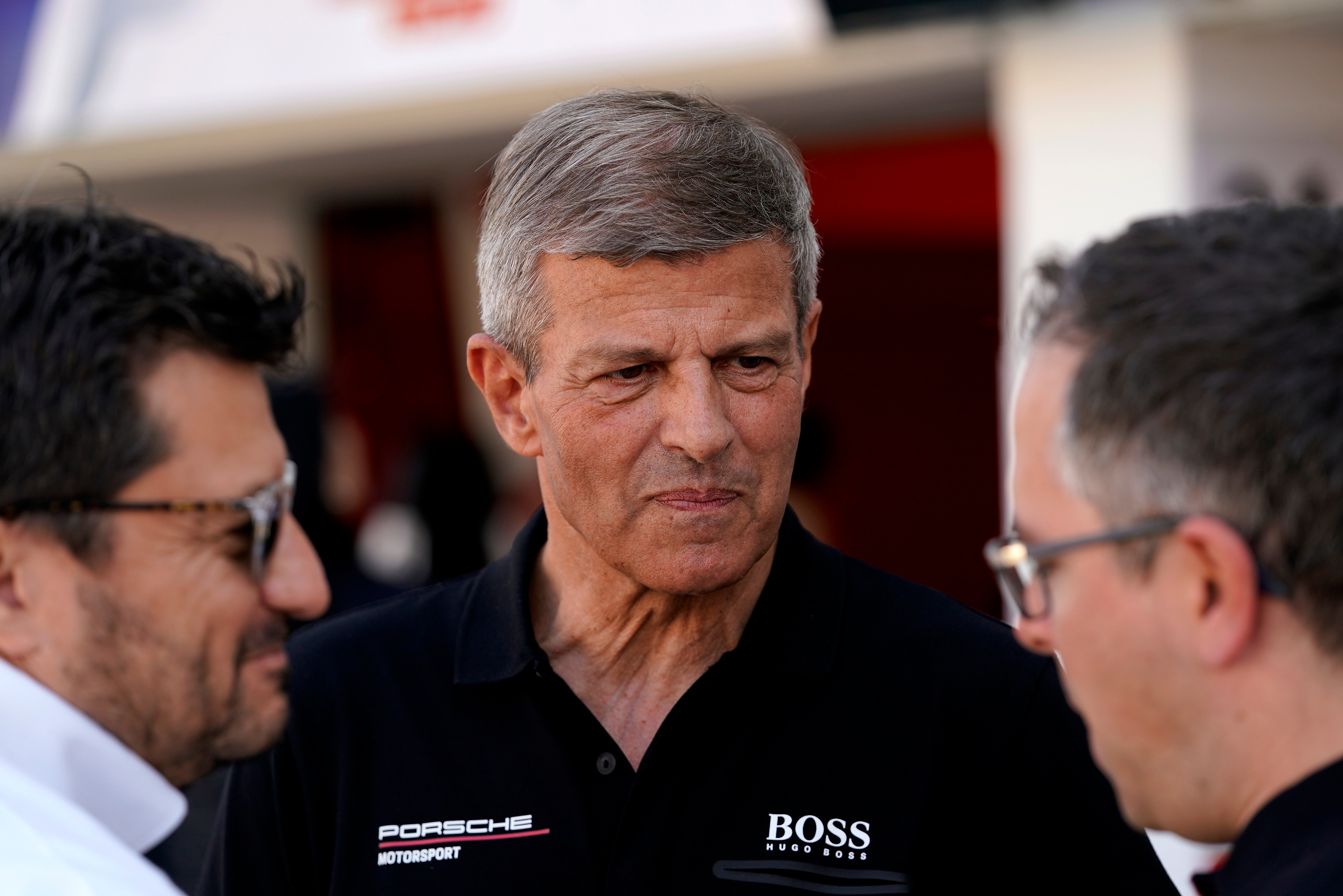 There have been whispers in industry circles for some time that the idea of an F1 entry has not been shelved by the Volkswagen Group. The general conditions are good. The Dieselgate scandal may not have been settled, but at least the worst waves have been broken.

Importantly, the new head of Formula 1 is Stefano Domenicali. He's an ex-VW man, and not just any ex-VW man: Domenicali oversaw and developed a study in 2015 to see if it made sense for Audi to enter Formula 1. Enzinger revealed in an interview with Autosport in 2019 that he built on that very study when the group was on the verge of sending Porsche into Formula 1.

New momentum was added to the rumours when VW Group CEO Herbert Diess posted on LinkedIn last August that "a Formula 1 with synthetic fuels is more exciting, more fun, a better motorsport experience and brings more technical competition than a Formula E that does a few laps in inner cities in gaming mode". Since then, VW brand Audi has announced it will depart Formula E at the end of Season 7, reducing its involvement, although a group presence is retained through the Porsche squad.

Autosport understands there is currently a review mandate on the subject of Formula 1 within the VW Group, which is supported at the highest level. However, it is also clear that Volkswagen will only enter the series if the conditions are such that a commitment for a reasonable financial expenditure has both a realistic chance of success and is environmentally sustainable.

When an entry for Porsche was being examined from 2017 onwards and 40 employees were developing a six-cylinder engine suitable for Formula 1 - initially under strict secrecy - Volkswagen even sat at the table during the negotiations about the new engine format to be used in the series.

In February 2019, the "high-efficiency engine" - as it was known internally - ran on the test bench for the first time, and all the signs seemed to point towards an entry. On board at the time was Andreas Seidl, now McLaren's F1 team principal, but also the man who had already worked with Enzinger on the successful Porsche LMP1 programme.

There are still different accounts of why Porsche did not ultimately give an F1 entry the green light. On the VW side, it is said that the existing manufacturers were not prepared to change the engine format to such an extent that a newcomer would have had a realistic chance of success. On the Formula 1 side, it was intimated that Volkswagen wanted to push for completely new engine regulations, but was not prepared to commit to a new entry, weakening the argument for an expensive change in the engine format as early as the 2021 season.

But now Volkswagen and Formula 1 have another chance, because behind the scenes, the course is being set for the new engine from 2025. At the Graz-based company AVL, research is being carried out at full speed in the field of e-fuels - a topic that could play a major role in Volkswagen's corporate strategy in the coming years. Both the FIA and F1 have outlined plans to use fully-sustainable fuels in the near future, with a step towards that being taken in 2022 when the 'E10' fuel will be introduced.

Should Formula 1 set the right course under Domenicali, the chances of Volkswagen getting involved are better than ever before. However, it is unclear which brand could be entered in such a case. After all, the group comprises eight car brands that could theoretically be considered: Audi, Bentley, Bugatti, Lamborghini, Porsche, SEAT, Skoda and Volkswagen. 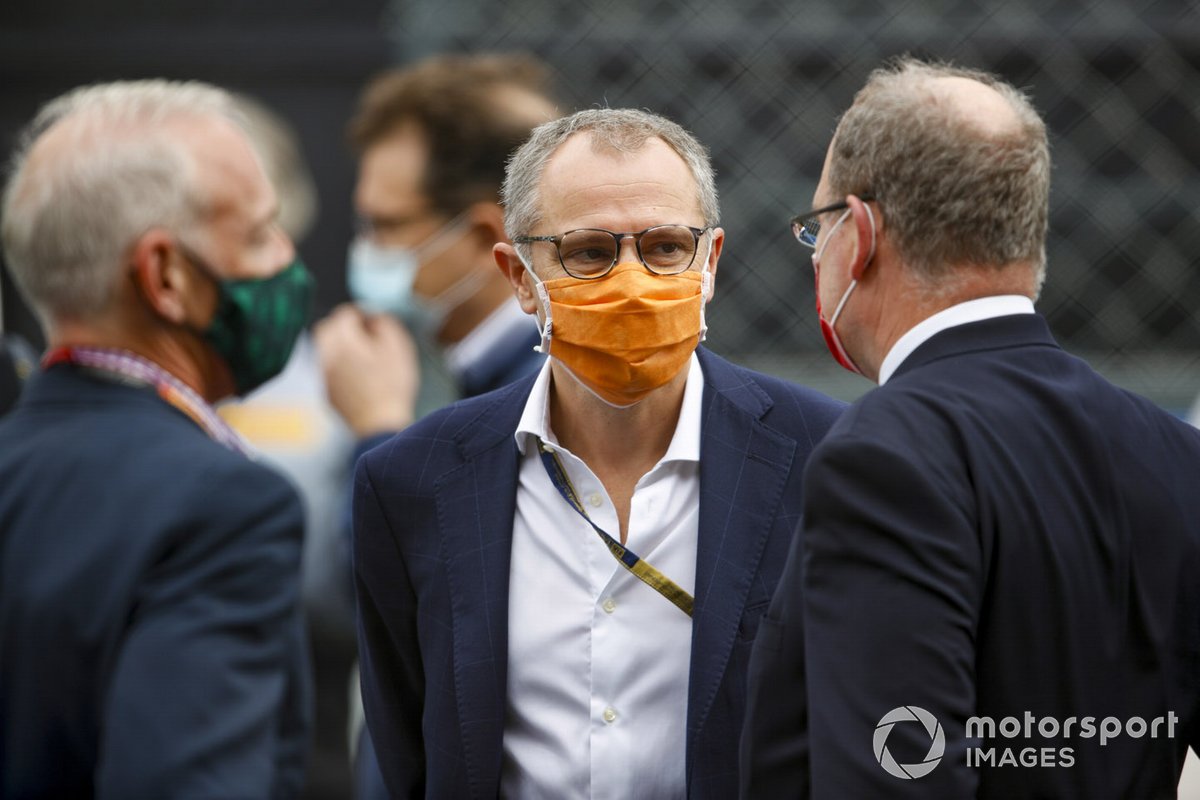 Guests and dignitaries on the grid with Stefano Domenicali, Chief Executive FOM

In practice, three of them are shortlisted. Audi would be logical as a mass road car manufacturer and could revive the legendary "Vorsprung durch Technik" slogan in a more sustainable Formula 1. Porsche, on the other hand, has the emotional component with its resonant name and the influence of the Porsche family within the group.

Theoretically, the sports car manufacturer Lamborghini could be considered. Lamborghini is a wholly-owned Audi subsidiary and was headed up by Domenicali as CEO from 2016 until his exit to take up the F1 post. And the chairman of the board at Audi, Markus Duesmann, is also a self-confessed Formula 1 fan.

Duesmann started his career in the Daimler Group and was head of development of the Formula 1 engine department at Brixworth (incidentally as the predecessor of the current Daimler Group CEO Ola Källenius). In 2006, he switched to BMW and was responsible for the powertrain of the BMW Sauber team, which was considered the most powerful engine in Formula 1 at the time.

At that point, the paths of Duesmann (head of the engine department), Enzinger (head of logistics) and Seidl (head of operations for the racing and testing team) crossed at BMW. Today, Duesmann is considered - and this also plays a role in this story - to be a hot candidate to succeed Volkswagen Group boss Diess.

On a political level, these are a sizeable amount of prerequisites for a possible Formula 1 commitment by the Volkswagen Group. However, a number of core basic conditions must be met before officials in Wolfsburg can make a clear commitment. The ball is now in the court of F1's decision-makers.

Liberty Media certainly has a great interest in bringing a fourth major manufacturer back into F1 after Honda's decision to leave at the end of this year. Not only would this minimise the risk of facing growing pressure and uncertainty if another manufacturer were to leave, but it would also help from a corporate perspective as each manufacturer brings a whole range of partners and sponsors to the series.

No stumbling blocks are to be expected on the part of the FIA either. For Volkswagen, topics such as sustainability (downsizing to a four-cylinder; hybrid; e-fuels) are of elementary importance, as is a budget cap for powertrain development. These are goals that align with those of FIA president Jean Todt - and which could arouse interest not only at Volkswagen, but also among other manufacturers. 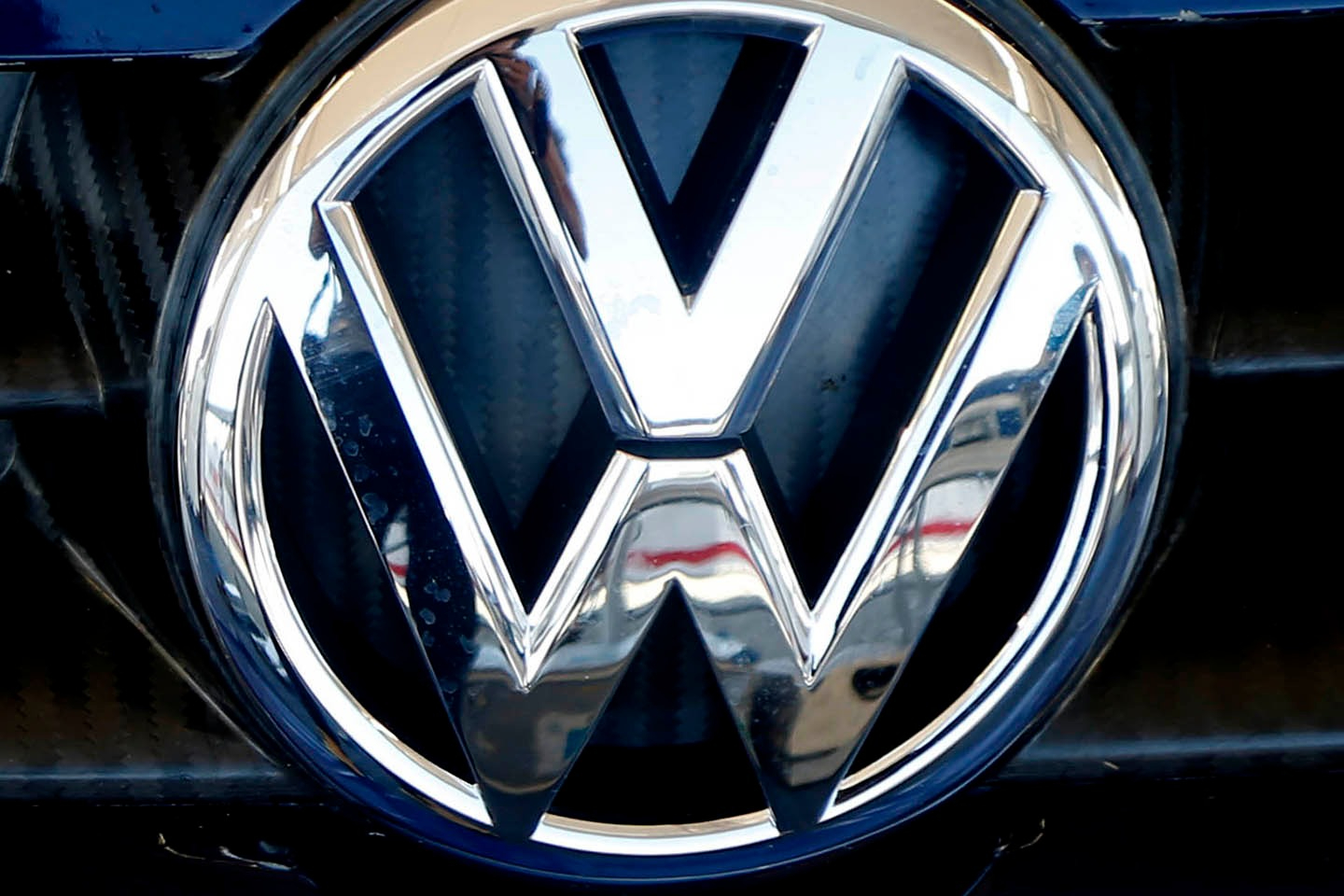 The manufacturers currently involved in F1 - Mercedes, Ferrari and Renault - could therefore become the sticking point. Should they be prepared to tackle a major reform with regard to the new engine from 2025, as was initially planned for 2021, then it is understood that plenty of options are open for Volkswagen.

In 2016, the diesel scandal stopped a Volkswagen entry. Three years later, the unwillingness of the existing players in Formula 1 to reform again put a halt to plans. 2025 marks the third realistic chance in 10 years - but there are still many steps to be taken.

The first would be for Volkswagen to sit at the table in the talks about the new engine formula. Whether that happens could become clear in the next few weeks.