Though Sebastian Vettel leads the Formula 1 world championship into this weekend's Hungarian Grand Prix, he is well aware of the inroads Lewis Hamilton and Mercedes have been making lately

A snapshot of form since the Monaco GP in May makes for bad reading for Ferrari.

In the four races since its one-two on the streets of Monte Carlo, Ferrari has scored 79 points - which is just two more than Red Bull has managed despite its reliability dramas.

Most worrying is the 151 points Mercedes has amassed in that period.

The real reasons for that surge are hard to evaluate, but this weekend's Hungaroring race could provide an answer.

Have we just had a run of tracks - in Montreal, Baku, the Red Bull Ring and Silverstone - that favour the more powerful and longer wheelbase Mercedes, where the shorter Ferrari SF70H cannot excel?

Have the last four races proved the Mercedes W08 was always the quickest car but early season potential was hidden by its 'diva' characteristics? 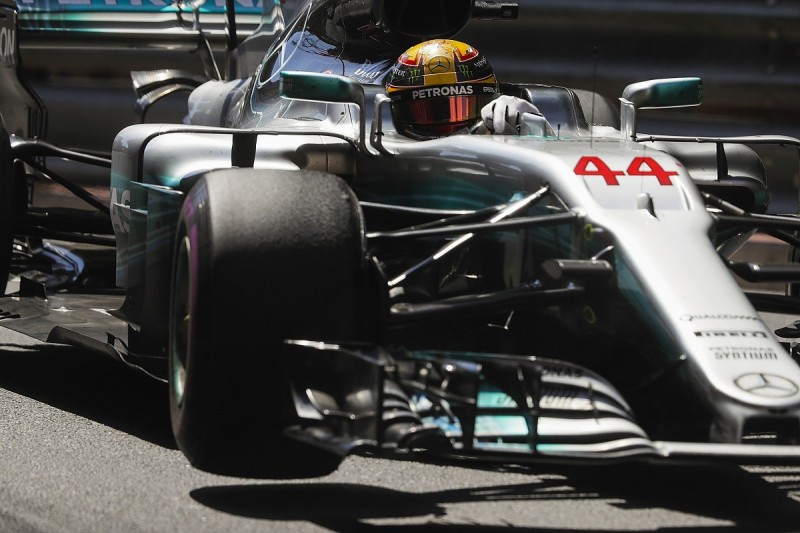 And did the work prompted by its Monaco woes unlock it all? Or have mid-season rules clarifications - a clampdown on oil burn from Azerbaijan and a requirement for Ferrari to strengthen its floor from Austria - hurt the Maranello team in particular?

The Hungaroring's tight and twisty configuration, allied to the likely warmer temperatures that suit the SF70H better, should perfectly suit the characteristics of the Ferrari rather than Mercedes. It is also a track where power is not so important.

If Ferrari can strike back this weekend, it can go into the summer break reassured. Conversely Mercedes having the edge on a track that could be regarded as 'Ferrari territory' would be an ominous sign - especially with Spa and Monza, circuits that should suit Mercedes, coming up next.

But Mercedes' head of motorsport Toto Wolff has warned against reading too much into past form in the first year of a new rules era.

"With these new regulations, it is not set in stone that it works like it has done so in the past," he said.

"There was a very famous Austrian skier who going into the Olympic Games always had the best sector times, was always sector world champion but never won the world championship.

"I would like to have the [points] gap before the holiday but it doesn't mean anything for the world championship." 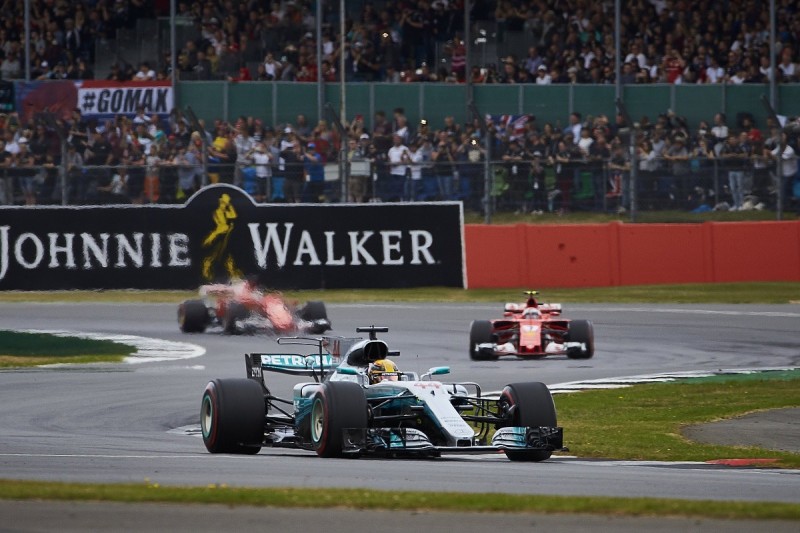 THE MERCEDES VS FERRARI DEVELOPMENT WAR
By Matt Somerfield

The Ferrari and Mercedes battle has raged all season, with some aggressive development pushes on both sides in recent weeks.

Mercedes, having introduced its nose mounted 'cape' solution in Spain, made a subtle change to the rear section in Austria.

It introduced a slot and upwardly turned the last inch or so of the surface in order the change the shape, velocity and direction of the airflow it expels.

The mirror stalks were also revised, moved from the side of the chassis and placed on top instead, with an arch shape used to retain the mirror's position.

Underneath the rear suspension wishbones a new winglet was mounted on the floor in an effort to both add a small portion of direct downforce and improve the connection of the surrounding flow structures.

Ferrari meanwhile introduced an all new front wing, complete with an all new mainplane - introducing an arched profile at the juncture with the mandated neutral central section - as it looked to revise the shape, strength and position of the Y250 vortex that is created when the pressure differentials caused by the opposing surface geometries collide.

The mainplane is also devoid of the full length slot introduced in Bahrain (highlighted in yellow), a revision that works in tandem with the Y250 arch and a revision to the outboard arch - which increases in size rearwards to create a sort of tunnel.

This tunnel displaces airflow across and around the front face of the tyre in order to reduce the drag being created by it and shape the wake it produces, which can be damaging to surfaces downstream.

A new slotted canard (inset, upper right) could also be found hung from the endplate's inner surface, working in tandem with the cascade ahead and the curved canard already in place below and behind it.