Why Ferrari's 2019 F1 front wing test was of limited use

Adapting the specification of front wing used prior to Sochi to better fall in line with next year's regulations, Ferrari hoped to develop its understanding further of the pared-back aerodynamic formula - designed to introduce closer racing between cars.

Removing the elements of the wing stacked on top of the mainplane, along with their associated turning vanes, Ferrari also dialled back the complexity of its endplates to bring them closer to their expected 2019 counterparts.

As teams are unable to run 2019-spec components in the test at the Yas Marina Circuit following the Abu Dhabi Grand Prix, running a wing in this specification is the best compromise achievable within the current regulations.

Raikkonen ran the front wing for one lap, along with a network of pitot tubes behind each front tyre in order to assess the pressure distributions behind the wheels - as can be seen from Giorgio Piola's exclusive images. 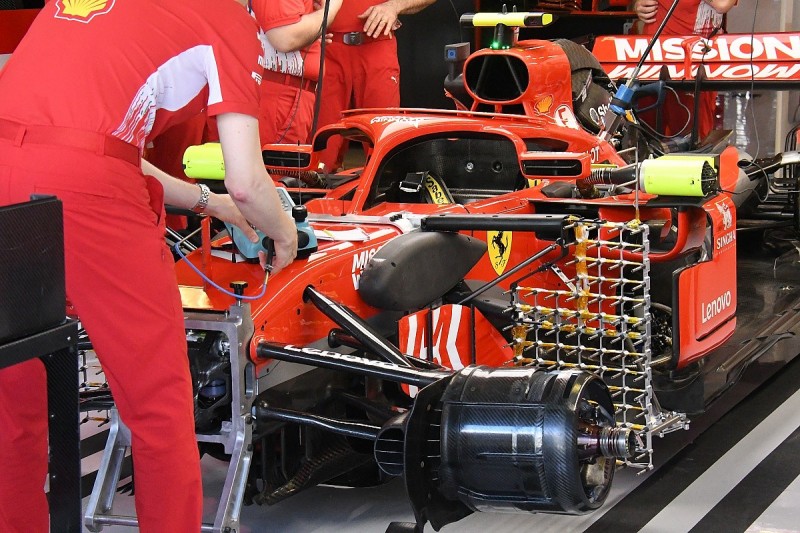 This was then compared back-to-back to with a conventional front wing, helping Ferrari to assess the difference in how the tyre wake is managed by the smaller components.

Without the turning vanes, the wing produces a far less pronounced outwash effect, meaning that more airflow is pumped directly into the face of the rotating tyre.

This creates more wake and therefore compromises the desired effect of the floor, as the usual vortices developed are much more unruly, which cuts the effectiveness of the bargeboards.

It appears Ferrari has tried to pinpoint the predicted reduction in flow management in real world conditions, as simulation tools such as windtunnels and CFD tests can only provide limited insight into how next year's cars will behave.

Regardless, the test will have provided limited value; 2019's front wings will be 200mm wider and 25mm deeper, and with even more simplified endplates - which will manage airflow around the tyres in a different manner to the current designs. 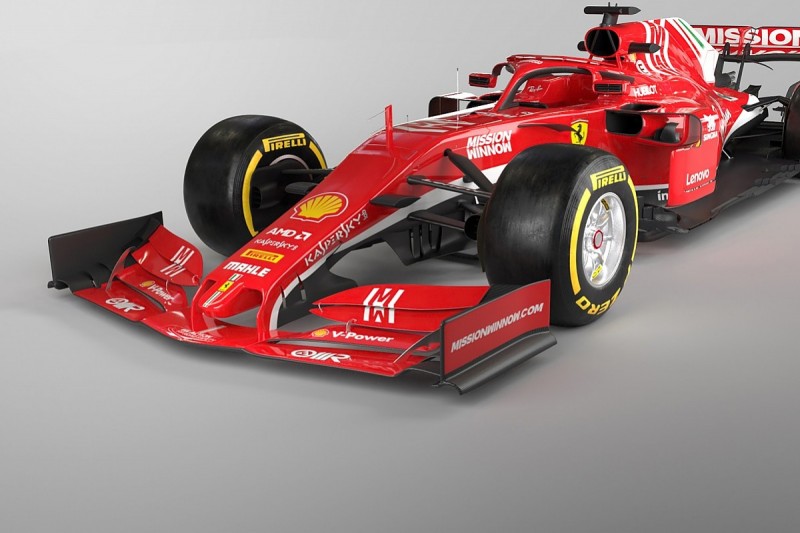 In addition, only five wing elements are allowed next season (see Motorsport Studios' illustration, above), while a maximum of two strakes can be attached to the underside; on the test wing, Ferrari ran its usual six-element set-up with three strakes.

The radius of curvature allowed on the next generation of front wings will also be much larger, removing the intricate vortex tunnels of the current wings - which still made an appearance on Ferrari's test parts.

Ferrari also trialled a new floor on Sebastian Vettel's car, doused in flow-vis paint as it sought to understand the change in airflow underneath - before returning to its regular floor design later in the session.

The team had previously investigated a design with small fins positioned around the longitudinal slots in the floor, but this has not re-emerged in the last two rounds.

Why Red Bull might have one more victory shot