Formula 1 cars hurtling down a straight with sparks flying out from beneath it always make for a spectacular sight, but why do F1 cars spark and is it bad?

Why do F1 cars spark?

Formula 1 cars have what’s known as a plank underneath the car, which runs from the rear of the car up to just before the front wheels. The plank was introduced by the FIA as a way to try to reduce under-body aerodynamics, as well as prevent the car from bottoming out on the straights.

While one might expect it to be made of carbon fibre or another highly-specialised material, it’s actually made out of a wood material called Jabroc. This is made out of beechwood built in a composite process, with veneers and resin used on each layer.

The sparks on F1 cars come from titanium skid blocks which are embedded within the plank. The skid blocks exist to prevent the plank from getting damaged, and they protrude out from the plank itself by no more than 3mm. When the car 'bottoms out' the skid blocks hit the ground first, creating a shower of sparks behind the car in the process. 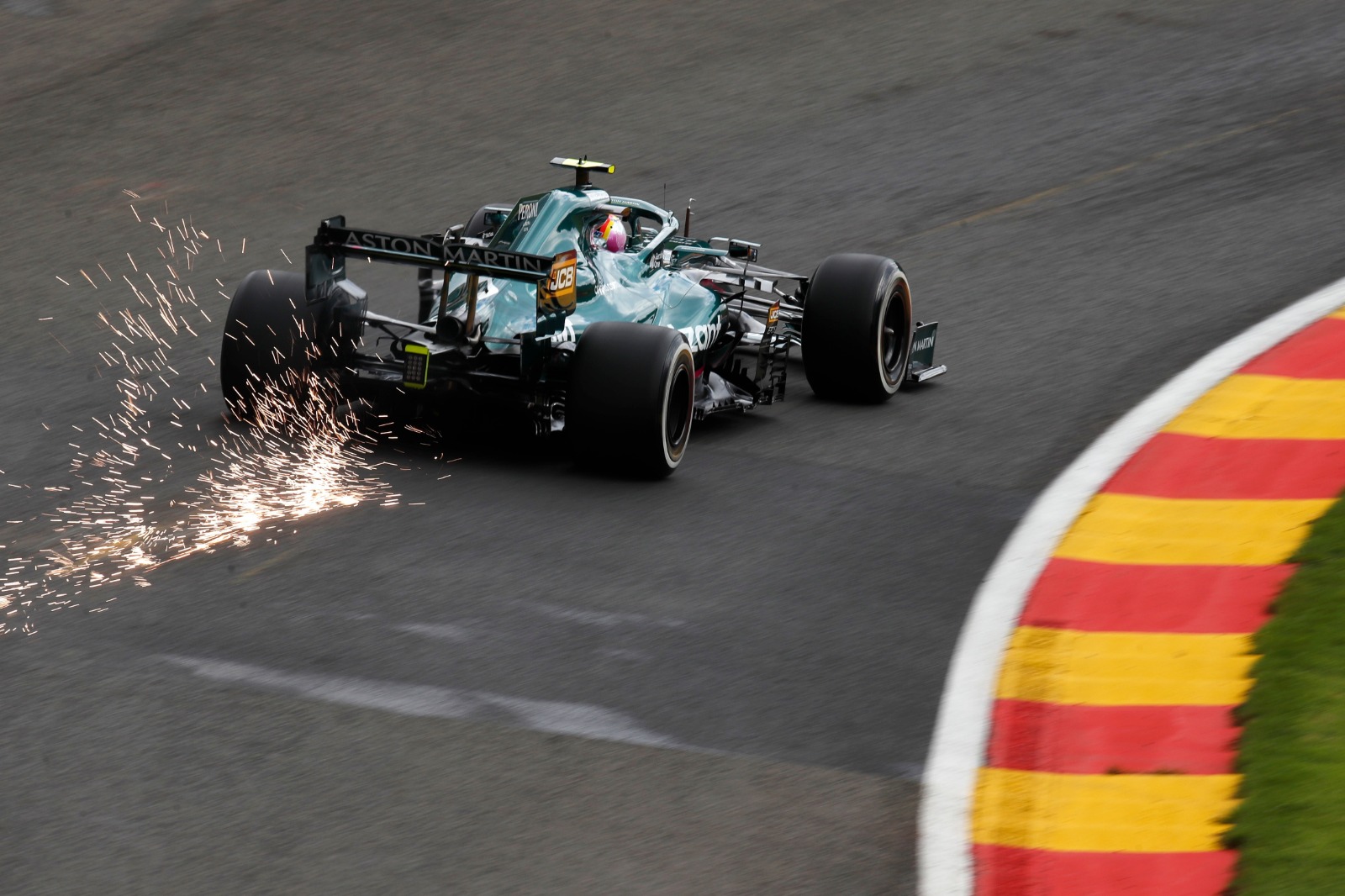 Does sparking damage the car?

The sparks coming from the car are intended to prevent damage to the car, rather than being a sign of damage.

The plank on a car is there to both ensure that teams are running the correct ride height and to prevent teams from running 'ground effect' aerodynamics – a type of aero system that first arrived in the 1960s and which sucks the car to the ground.

The skid blocks help to reduce the amount of damage being done to the plank, which is strictly measured and governed by F1 rules. Too much damage to a plank will result in a disqualification.

Jarno Trulli was disqualified from his fourth place finish in the 2001 US Grand Prix due to excessive plank wear, but the result was successfully appealed by his Jordan team. 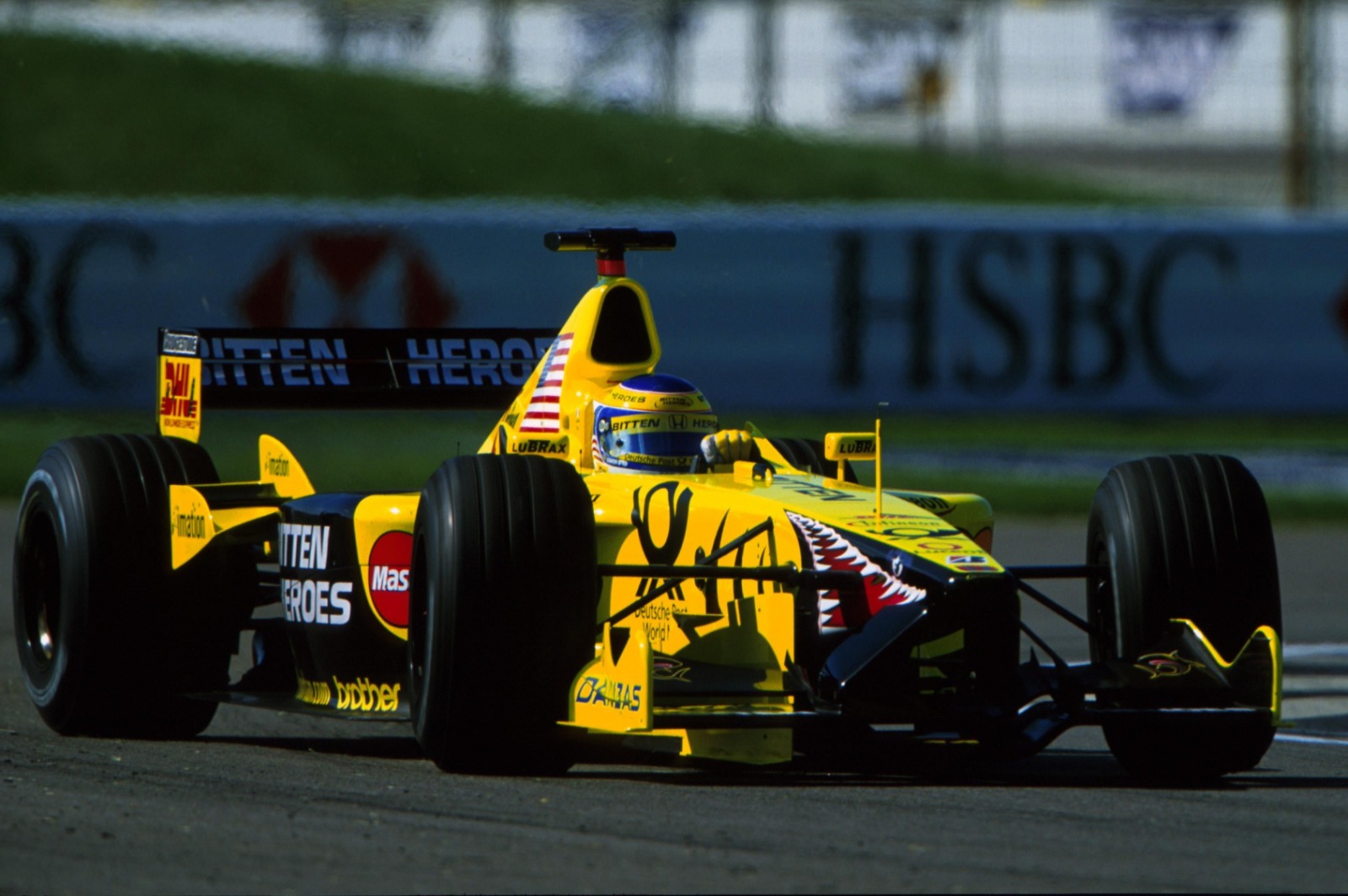 Plank wear caused Trulli to be disqualified at Indianapolis in 2001, before he was reinstated on appeal

Why does it happen on the straights?

The downforce pushes the car down the most on the straight, as the amount of downforce created by the aerodynamics increases with speed. This helps the cars to take corners quicker, reducing the lap time.

While this helps with lateral – side to side – movement in corners, there’s no lateral movement on the straight. This means the aerodynamics force the car’s ride height lower, making it closer to the ground and thus more likely to make contact with the track as the drivers hit bumps in the track, which in turn means more sparking. It’s also more common at the start of a race, as cars have up to 110kg of fuel on board and are much heavier than at the end of a race.

You will also occasionally see sparks when a car runs over a kerb, as a kerb is typically higher than the track and can make contact with the skid blocks. 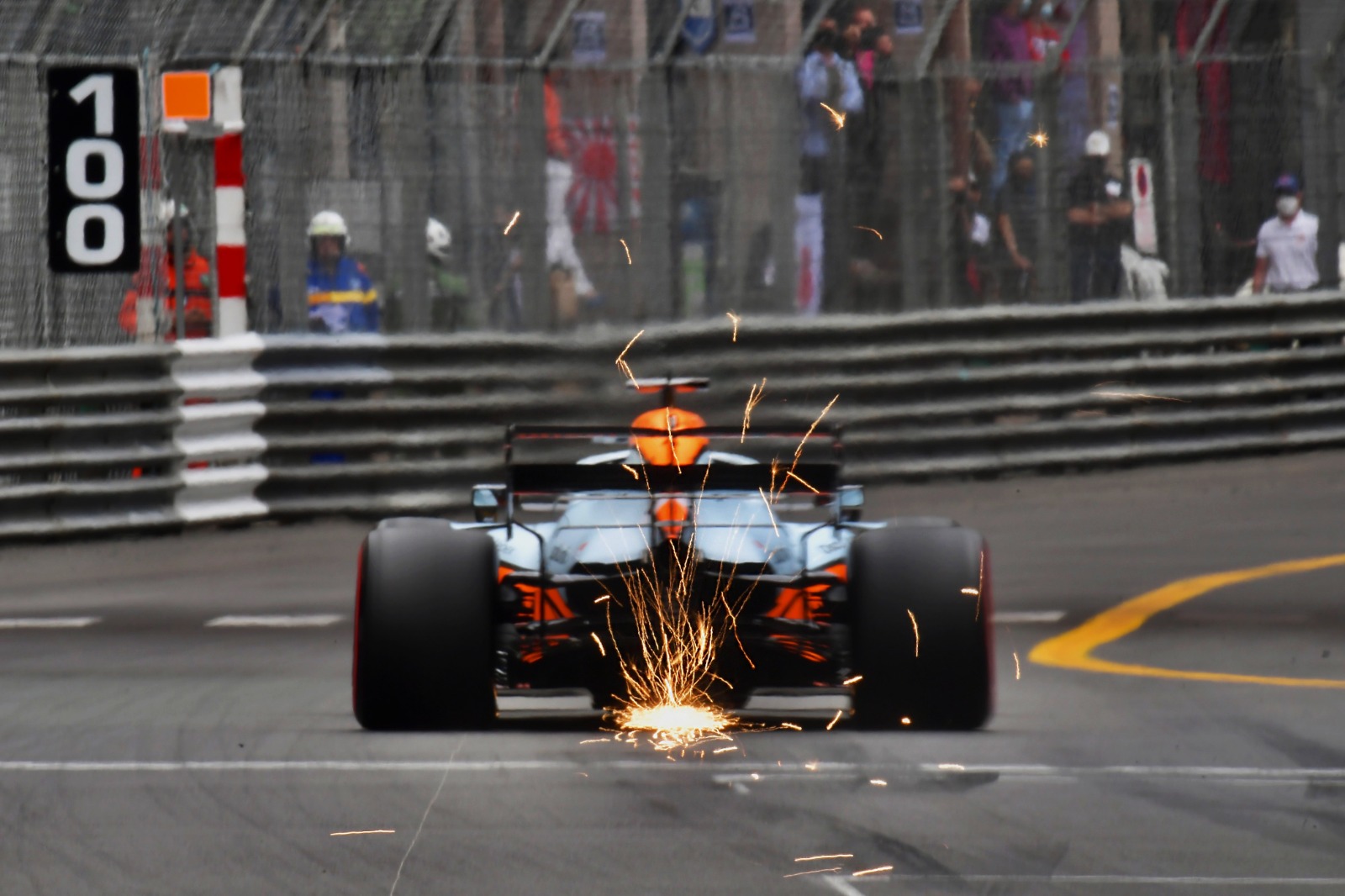