Why Bahrain has exposed the weaknesses of F1 2022 cars

Formula 1 teams and drivers were upbeat after the first test in Barcelona that if they could cure porpoising, then the new 2022 machinery would be enjoyable on the limit.

The ground effect aero was delivering well at high speed, the tyres seemed to be behaving well and, although the extra weight meant the cars were quite cumbersome, there was nothing to get too alarmed about.

But last week’s Bahrain test has prompted a bit of a rethink as the three days of action delivered many more difficulties. A lack of grip, unease over the bumps and inherent understeer gave the drivers a much more difficult time.

In fact, while there had been very few mistakes and offs in Barcelona, it was impossible to keep up with the number of drivers in Bahrain who snatched an inside wheel and ran wide at the tricky downhill Turn 10 left-hander. It will be a place to keep a close eye on out on this weekend.

As Lewis Hamilton declared on the final day of the test: “I think 2022’s car regulations have meant everyone is sliding around. We all seem to have got less grip than before, and the tyres are worse this year.”

What we don’t know yet is if what we saw in Bahrain is the norm or just an outlier. However, it is fair to say that there were a lot of factors in play at Sakhir that have exposed potential weaknesses in the F1 2022 concept. The higher temperatures in the Middle East, gusty wind conditions, more abrasive track surface and low speed corner characteristics all added up to create some extra challenges.

Ferrari's Carlos Sainz Jr explained: “I think the tarmac is a lot older, rougher, so immediately the car just has less overall grip, which I think is normal here in Bahrain.

“We always have the same delta that a car that is always nice to drive in Barcelona, you arrive to Bahrain and everything is a bit trickier because the grip is lower. 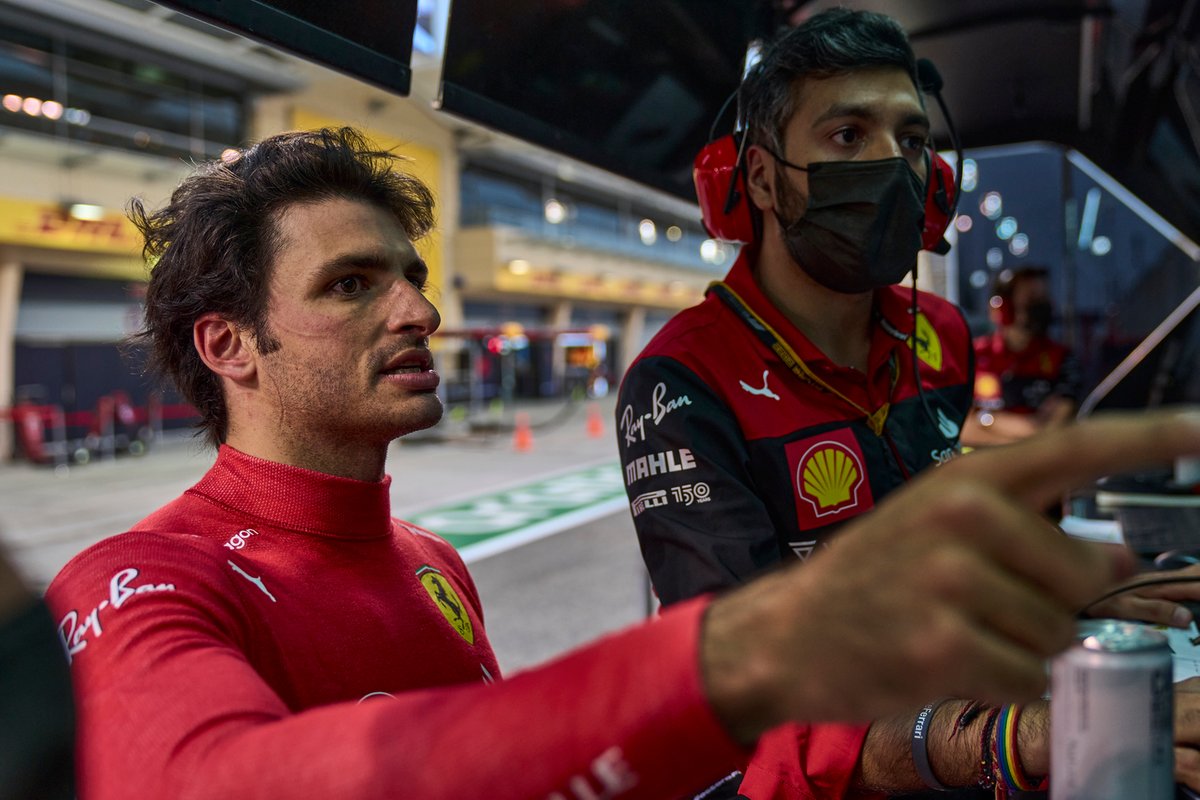 “If, on top of that, you add the fact that it's a lot bumpier, and we know these cars are running stiffer in general, then probably the limitations are exposed a bit more. That's I guess why you see people doing some extra mistakes, some lock-ups, some corrections.

“Then on top of that, you add the wind. These cars still feel relatively sensitive to the wind, because they still produce a lot of downforce, so you add another variable. That means the car is still going to be even trickier.”

One theory that started being voiced in Barcelona, which appears to be very true after Bahrain, is that there may well not be a one-size-fits-all answer for how F1’s 2022 cars behave on individual tracks. As the cars are better in the high speed than low speed corners, it may well be that on faster circuits they will be much more fun to drive than at slower venues.

Alpine driver Fernando Alonso said: “It seems that the high speed are quite good on this new set of regulations. And Bahrain is all lower speed corners. So maybe it shows a little bit the weaknesses of these regulations, plus the weight, etc.

“It could be one of the races that is significantly slower than last year, while some of them will be matching the lap times. But it's the same for everybody."

In the meantime, the way the F1 cars are behaving in Bahrain could make for a difficult season-opener. The understeer characteristic of the heavier 2022 cars and tyres, allied to the added challenge of less downforce in low speed corners, has meant lock ups on entry are an ever-present problem.

It was something that Alpine’s sporting director Alan Permane says all teams have been battling, and will need to overcome before Sunday’s race.

“One of the problems we've had with this car, and I think it looks like it's up and down the pitlane, is a little bit of front wheel locking,” Permane said. 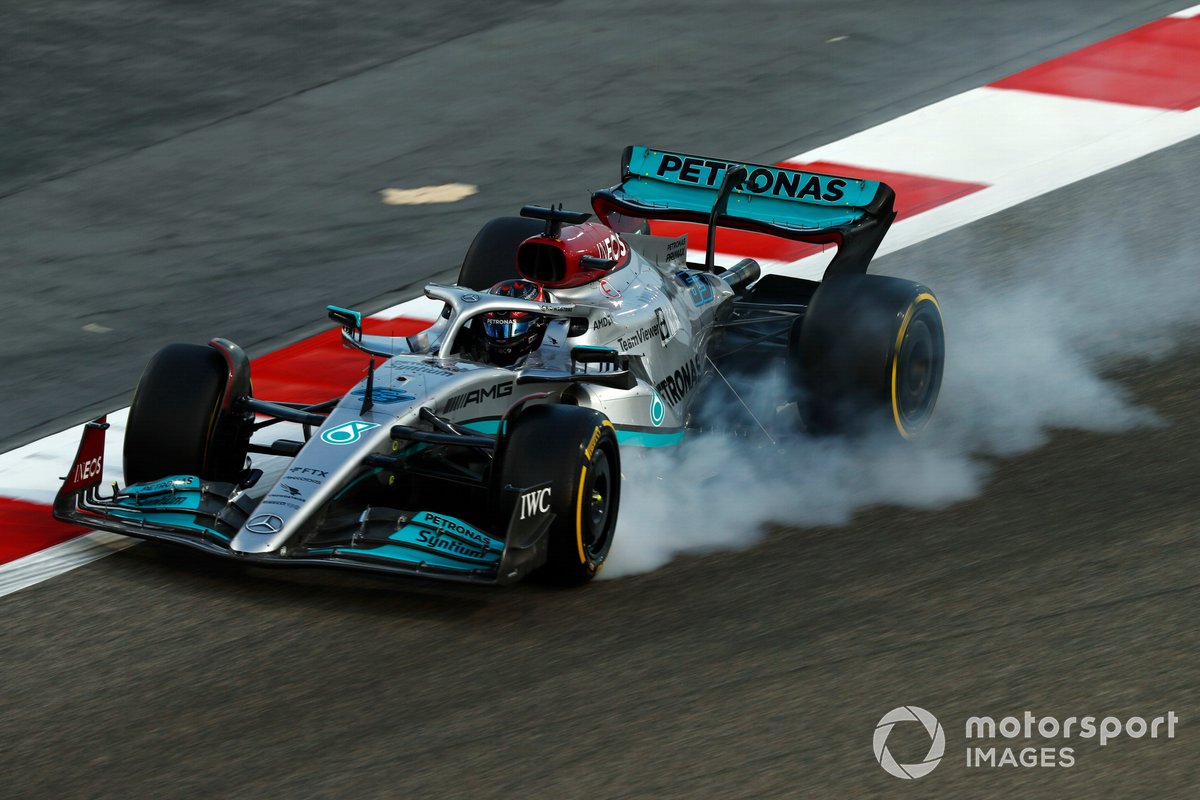 “That's one of the areas we've been just trying to fine tune to reduce that without just sort of winding [brake balance] bias rearwards, so you end up with a lot of rear locking.

The other big unknown is how much the stiffer set-ups on the cars are going to make life difficult for the drivers from a physical perspective – especially when it comes to pushing over a full race distance. Teams will have to compromise between what’s best for ultimate theoretical performance, and what is best for keeping the drivers in a happy place.

As Sebastian Vettel put it: “We need to find the right compromise. First, I think you've seen all of us suffering similar issues. You know, the regulations pushed the cars into being a lot stiffer. The tyres are different, they take less of the absorption because of the smaller, stiffer sidewall, different philosophy. So it feels very different.

“I think it will be about managing, trying to find the right setup, going into qualifying and then the race. Hopefully you find the right compromise.”

But even if the cars are more difficult for drivers, they understeer in slow speed corners, there are locks ups and wild off track moments, having nice compliant grand prix cars was not the aim of the 2022 regulations. It was about delivering cars that produced better racing: and that’s something we will only find out on Sunday.

PLUS: The "rabbit hole" that F1 needed to stay out of

Vettel added: “The big hope is that we are racing each other every weekend and it's a lot closer than it has been in the past.

“I think that would make up for the cars being a bit unpleasant when it comes to stiffness levels, or the tyres maybe falling off, or the cars generally being very, very heavy. So we'll see.” 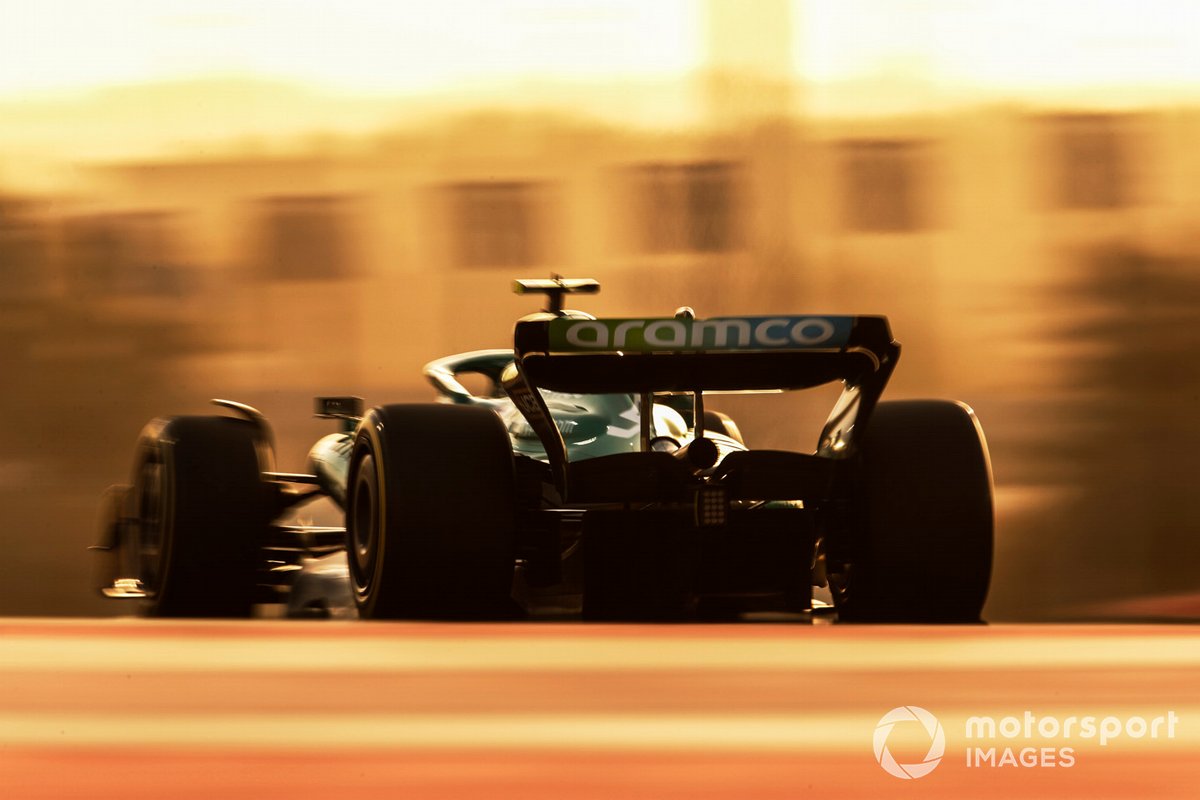 Has Netflix gone too far with creative licence in Formula 1?