Every now and then Formula 1 throws up an oddball race when all the regular frontrunners hit trouble and an unexpected combination comes through to win.

It happened twice in 2020, with Pierre Gasly and AlphaTauri triumphing at the Italian Grand Prix, and Sergio Perez and Racing Point winning the Sakhir Grand Prix in Bahrain.

In Hungary last weekend it was the turn of Esteban Ocon and Alpine to benefit from a little chaos ahead, and a team that hadn't won since its Lotus days in 2013 finally logged another success.

Fortune played a part, but team and driver had to get everything right in order to take full advantage of the opportunity – and Ocon's partner Fernando Alonso also played a key role.

With Ocon eighth on the grid and Alonso ninth, Alpine was already well placed relative to rivals. The team didn't necessarily need rain to open things up – there was as much to lose as to gain.

"I didn't know if it was a good thing," Alpine executive director Marcin Budkowski told Autosport after the flag.

"If you qualify in the top 10 in Budapest, you're almost guaranteed points. If rain comes then you can finish on the podium, or you can finish in the gravel trap at the first corner. Some did.

Ocon emerged from the first corner chaos in second, while Alonso had less luck than his team-mate, scrambling away in seventh, having been passed by five cars that started behind. On the Alpine pitwall the team tried to make sense of what it had witnessed. 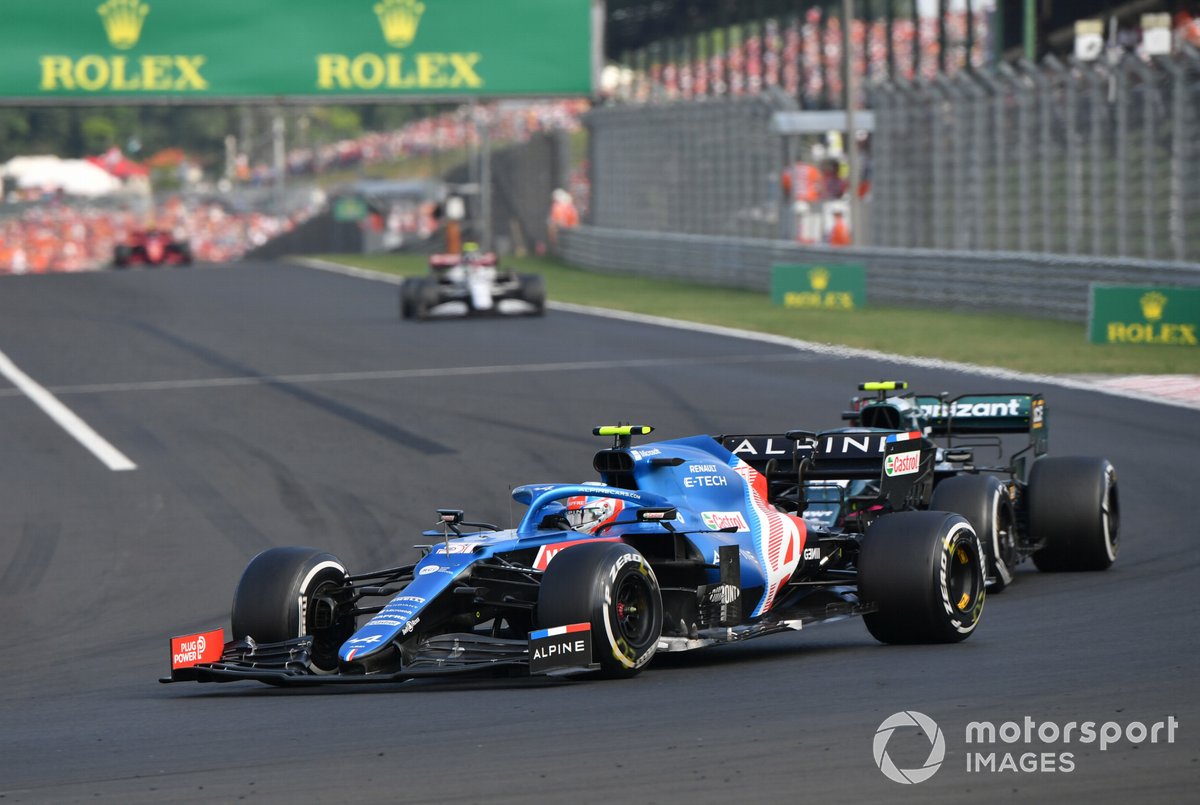 Of all the strategies discussed in the Alpine camp after qualifying, defending second place was probably not very high on the list, but Budkowski says there was no great rethink.

"Honestly, there is no significant change. We knew we would restart on inters, and [then] we could put any tyres we wanted. But we knew it was probably still a one-stop. We had got rid of the soft, which was the weakest tyre here.

"And then the sun came out, when we had chosen our tyres already. And the track started drying very quickly. We're all already committed to inters, everybody had, but then during the formation lap the drivers reported the track was dry, and the strategist said we need to switch to dry tyres.

"And it's a tough one, you're P2 and you take the start on the first row. Are you better off taking position?"

As the cars completed their formation lap, the decision was made to pit both cars for slicks. Mercedes chose not to and Hamilton went round the grid, and as the next car in line Ocon was thus the first to peel off into the pit entry.

Alpine had to be sure that it was doing the correct thing – the team didn't know that everyone else would follow Ocon in.

"Exactly," said Budkowski. "But it was the right call. Everybody did it, apart from Lewis. It was a bit of a surreal start with Lewis standing there on his own taking the start. But from that moment, we knew that the race would be good for us."

Indeed, when Hamilton came in at the end of the first lap and made his change to slicks under green flag conditions he dropped to the back and Ocon was left as the leader of the race. His immediate concern was keeping Vettel behind him, but the team knew that Hamilton was still a threat.

Alonso was running in fourth when Hamilton caught him with around 20 laps to go. His racer's instinct was to defend his own position, but he was well aware that there was a bigger picture in terms of his team-mate up ahead.

Alonso did an amazing job of frustrating his former McLaren team-mate for lap after lap with a masterclass of defensive driving, but it was somehow inevitable that he would eventually lose out, and he did with five laps to go.

It was only with three laps to go that Alpine's strategy tools finally suggested that their man would be able to stay in front, and that the team realised that the win was there for the taking. Ocon duly crossed the line safely ahead of Vettel after a perfectly judged drive. 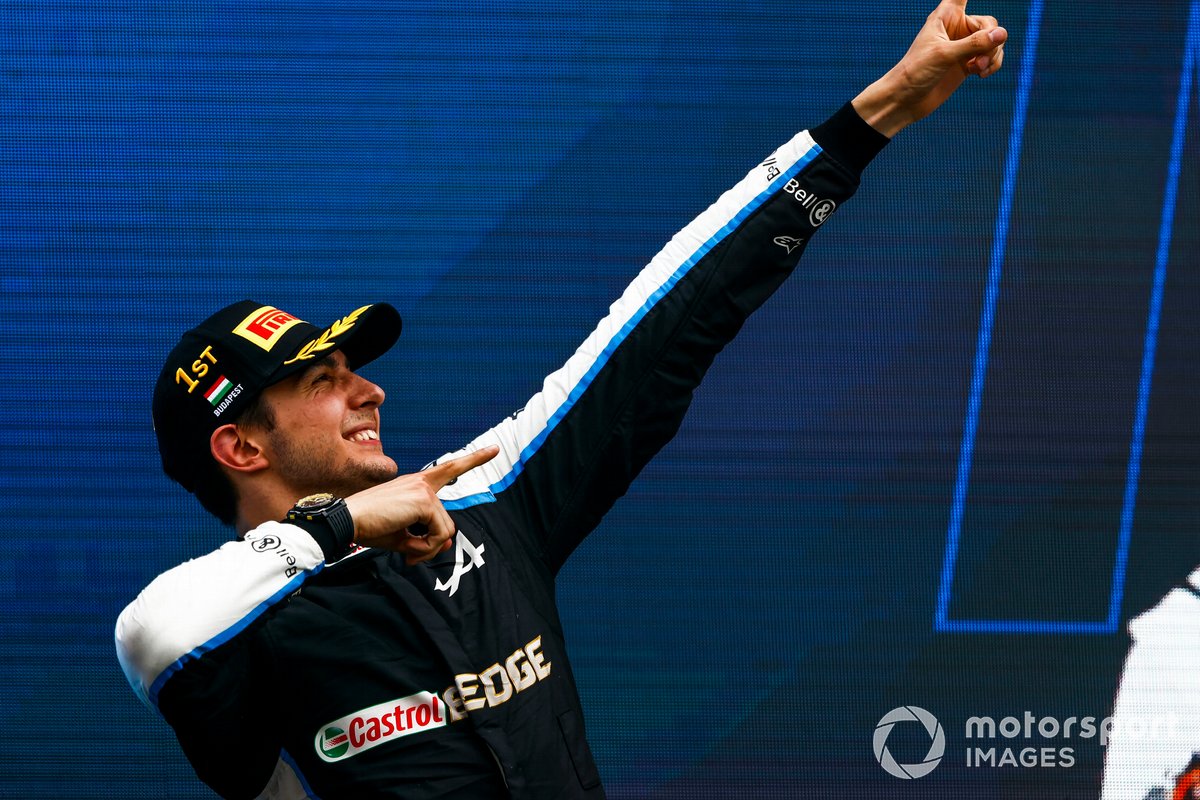 It was a magnificent day for the Alpine camp, but the team is well aware that this was a one-off, and there is still much work to do before it can challenge for victories on merit in the future.

"We missed some of these before, and they were painful," Budkowski said.

"Because sometimes you can see that you could have you could have won a race, you could have ended up with a podium, and we didn't. And today we're there. There's an element of luck, but it's not everything. You can be a bit lucky at the start, and then you still have to deliver on it.

"As a team it's credit to all the work that people have done, but also the fact that these are defining moments in the life of the team. However, let's not get carried away. We don't have a race-winning car on a normal race weekend.

"And that's our objective, to build one, so we want to taste that champagne in every race, and not once when we get a little bit of favourable circumstances. So super important for the team, don't get me wrong. The objective is to do that with by building a quick car."

That's the hope for 2022, at least. In the meantime, like the other teams that are chasing Mercedes and Red Bull, all Alpine can really di is extract the maximum from what it has, and take those opportunities, which is what it did in Hungary.

"Perfect execution of the right strategy calls, the pitstops were right, the execution was perfect," said Budkowski.

"So, I'm proud of the team here at the track, also massively proud of team back in Enstone and Viry because we've had some tough years, we've have tough moments.

"This year wasn't exactly easy either from the start. And we're there to take this victory. I'm massively proud of the work that everybody's done, and it's the team's victory, really." 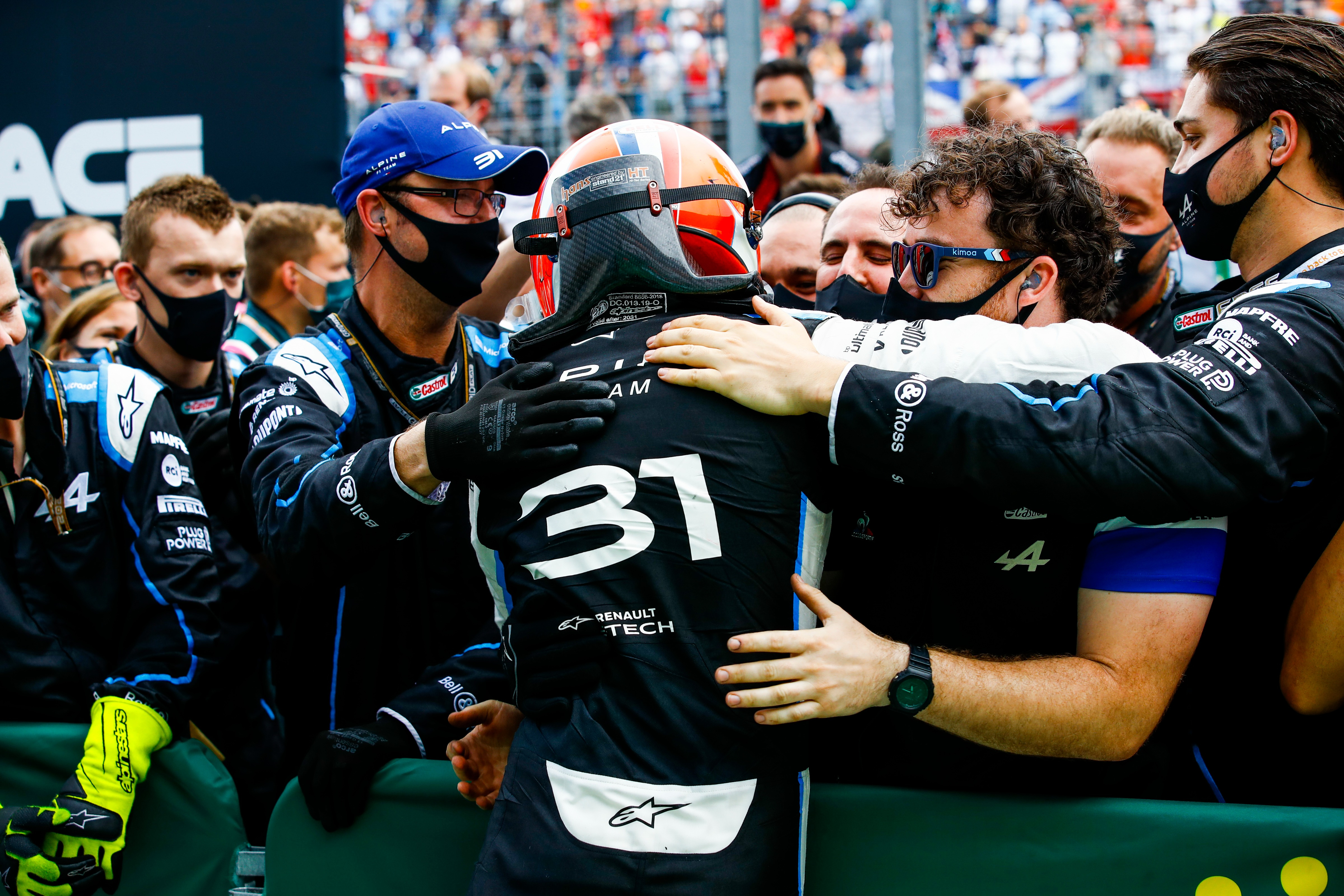