Eric Boullier was first approached by Martin Whitmarsh about a move to McLaren prior to the management shake-up that brought Ron Dennis back to power, it has been revealed

Dennis ousted Whitmarsh as McLaren Group CEO earlier this year, arriving with a mandate to restructure the company and help it return to the front of the Formula 1 field.

One of the first changes that he made was signing Boullier from Lotus to be McLaren's racing director.

But speaking on Thursday, Dennis confirmed that a plan to bring Boullier to McLaren had actually been originally formulated by Whitmarsh.

When asked to clarify who had made first contact with Boullier, Dennis said: "It is a challenging question to answer.

"Strangely enough outside of the company, meaning not in any capacity, I made contact.

"Pretty much in parallel Martin made contact, so there was a bit of overlap.

"With all of the changes you make, you don't suddenly go to everybody and say, 'guess what, these are the changes.'

"For some time I have been discussing with the shareholders and with everybody that this is not working.

"So inevitably Martin had to face the facts and it was not working. It is not surprising that there was a reach.

"It [the discussion] became singular some time before he joined the company."

WHITMARSH FUTURE STILL TO BE FINALISED

McLaren has not made any official comment about the situation with Whitmarsh, who has not been at the factory since the management changes began in January. 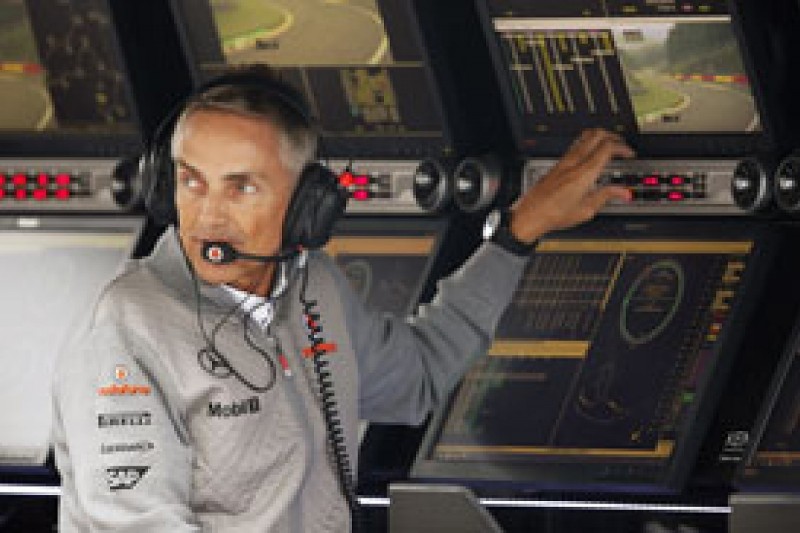 Dennis said that the matter would remain confidential until both parties had agreed a way forward.

"I appointed Martin to this company 20 odd years ago, and he has been alongside me for those 20 years," explained Dennis.

"He is a friend and he has always been a friend.

"The situation is 100 per cent between him and me until its resolution.

"I know I am tough, I know people have different opinions of how I run companies and how I function, and people see my attention to detail as a negative.

"But I see it as a positive. And one thing I am is very principled, and the behaviour of this company to its employees is exceptional.

"There is a way to do things, and I have to lead by example to everybody.

"The situation with Martin is absolutely between him and me."