Formula 1 may be facing an unprecedented situation with teams carrying over their cars for a second season in 2021, but that does not mean everything is staying the same

Indeed, a delve into the final signed off 2021 F1 regulations that have been published by the FIA show that there are a number of detailed revisions to next year's rules that will throw up some fresh challenges.

Some of these changes - such as revisions to the floor design to cut back on downforce - have been known for some time, but there are some other fascinating tweaks that have emerged in detail just now. 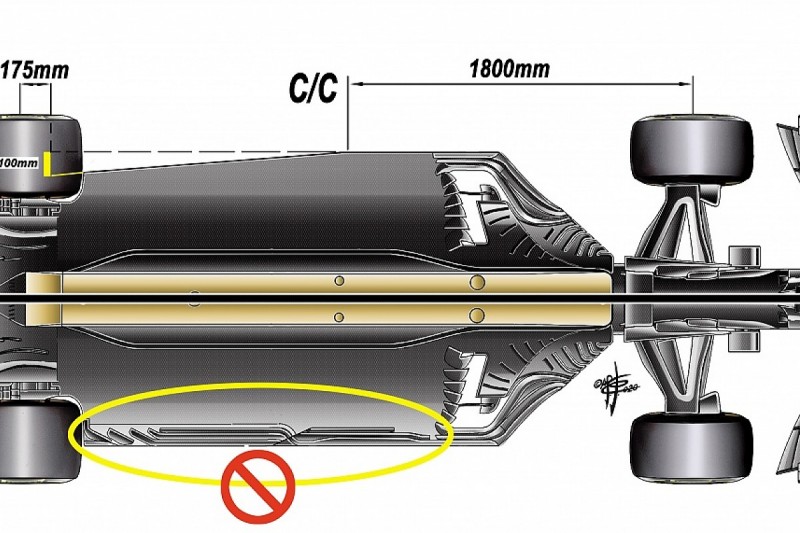 This change has come about in response to the ever-increasing amount of downforce teams are delivering that is punishing tyres like never before.

With Pirelli supplying largely the same tyre as it has for the past two seasons, it was agreed that the cars needed to be held back. The FIA and teams agreed that car tweaks should reduce downforce by approximately 10% to counteract the gains that have been made in the recent period.

The original plan was to have a diagonal cut in the floor ahead of the rear tyre, reducing the teams' ability to manipulate the airflow by introducing slots, holes and shaped aerodynamic furniture in that region of the floor.

However, data collected during the opening few races of the season convinced the rule makers that this would not be enough to meet the 10% reduction target, as teams had already found more performance than anticipated this season.

As such, the regulations went further and now prevent the designers from having any fully enclosed holes in the entire rear section of the floor, as it was feared that some may be able to find performance in this area.

The load tests conducted on the floor have also been sharpened up too. The point at which they are measured has had to be adjusted, and so too has the amount of flex that will be allowed.

Rather than a 10mm tolerance, the floor will now only be allowed to flex up to 8mm vertically when a 500nm load is applied. This reigns in the possibility of finding gains through a flexible surface. 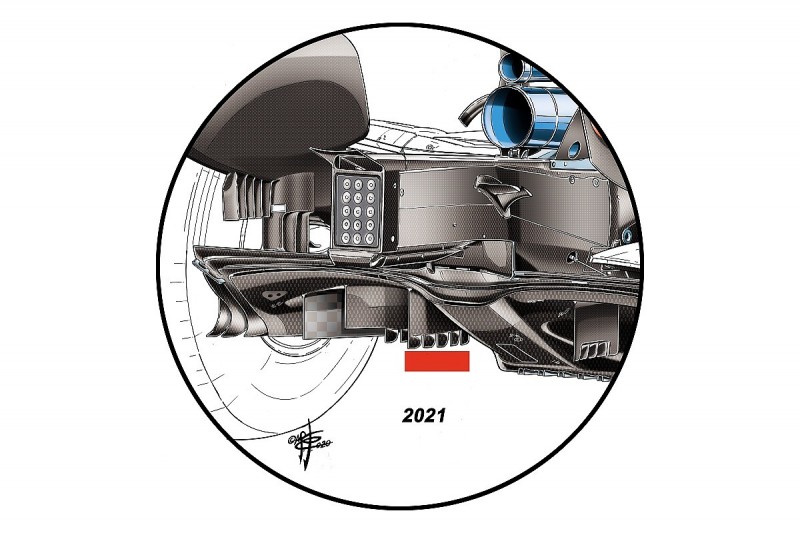 The diffuser has also been amended to lessen its ability to create downforce, with the height of the dividing strakes required to be 50mm shorter next season.

Meanwhile, to lessen aerodynamic influence, the designers are unable to utilise winglets mounted in the lower half of the rear brake duct that are any wider than 80mm. The upper half retains the 120mm limit. 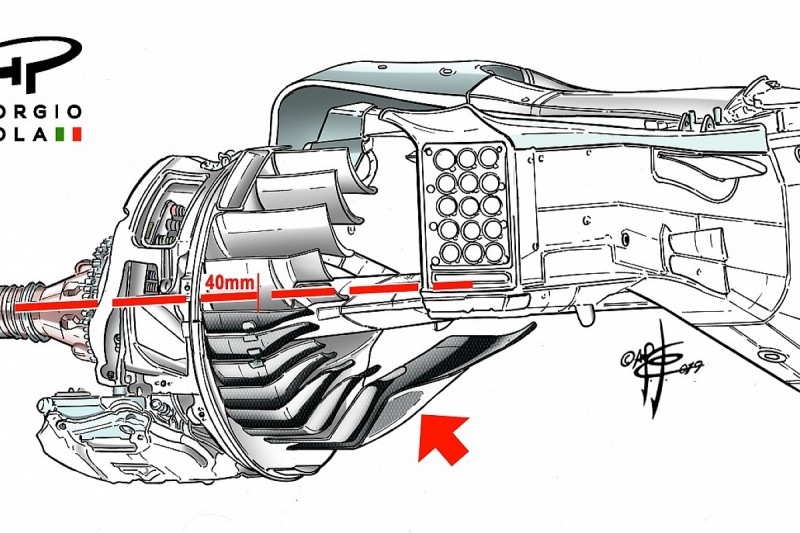 Teams have been busy investigating how these changes are going to impact on their designs going into next season, and several have already tried out full-scale packages to gather some real-world data. 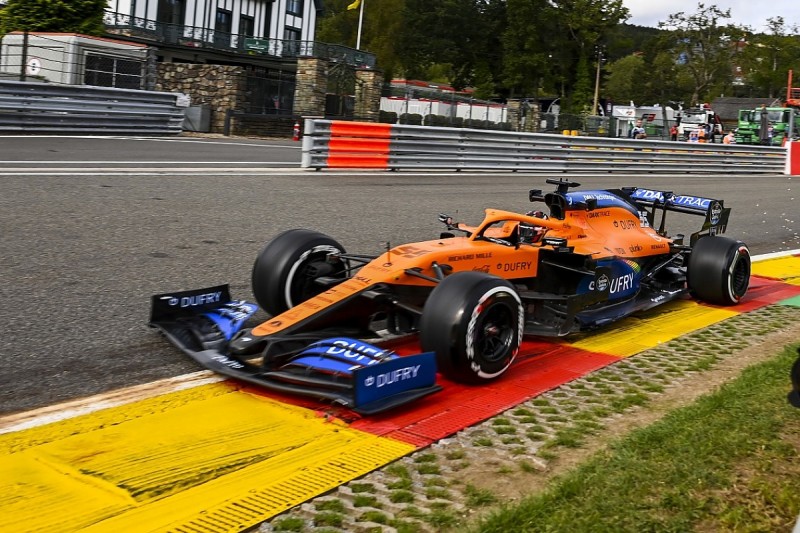 McLaren tested a floor with the diagonal cut out all the way back at the Belgian GP, whilst Ferrari and Red Bull have been seen with 2021 specification parts more recently.

Meanwhile, the minimum weight of the power unit has been increased too, rising to 150kg which should ease concerns from engine manufacturers of needing to chase exotic and expensive materials in a bid to save weight.

Unchanged from the previous regulations that were available, but of importance given the recent ban on qualifying modes, teams will now only be permitted to have a set number of ECU modes at their disposal each season.

A table in the regulations presents a sliding scale that will permit less flexibility as we move through to 2025, with only five team applications, five power unit applications and three ERS & PU-CE applications allowed next season.

There have also been changes to the wording in regards to the wastegate, and their tailpipes.

Cars are currently required to have at least one wastegate tailpipe, but from now on they won't have to run the additional pipework if the manufacturer can design a system that doesn't require a wastegate. This is a very interesting proposition given the role the MGU-H would play in this.

The use of exotic valve and stem designs have also been reigned in, with the shape of any hollow cavities now required to have a uniform cylindrical shape of constant diameter. 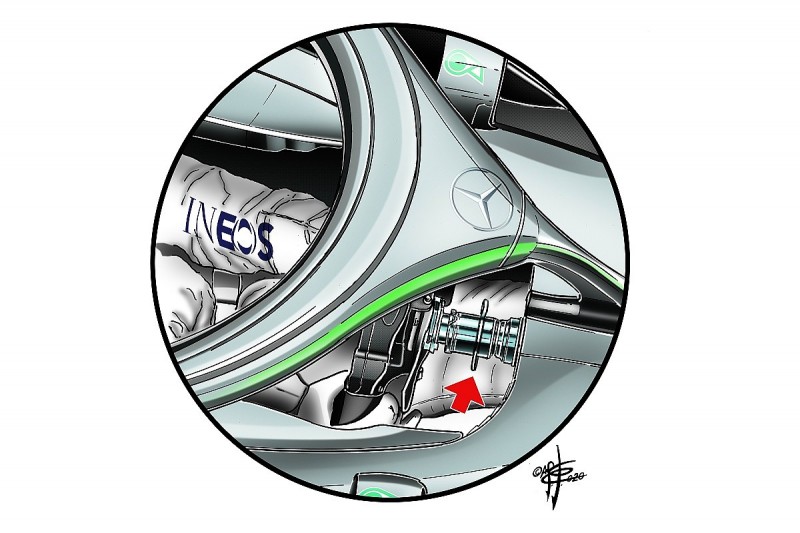 As we have known since the start of the season, Mercedes Dual-Axis Steering system will not be allowed next season, with changes already made within the regulations early-on to rule out the use of the adjustable system for 2021 onwards.

An interesting new inclusion comes under the permitted materials section, with natural fibres such as flex, hemp, linen, cotton and bamboo now allowed.

Carbon fibre composites have reigned supreme in F1 for decades, with John Barnard's McLaren MP4/1 paving the way for the lighter and stronger material to become ubiquitous in F1.

One of the downsides of carbon fibre is that, in the event of damage, there is the chance for sharp shards of debris to be left behind.

Natural fibre composites reduce a significant portion of this risk, and could be considered the future material for risk exposed components.

The crash structure tested was approximately 40% heavier than a similar carbon fibre design but, as we know only too well, F1 is all about progress. So while the starting point may not be so attractive, who knows how far the weight could be cut back in the future.

Natural fibre composites would also dramatically lessen the environmental impact of F1, which is an interesting aside when we consider how F1 and motorsport in general would like to be perceived in the public eye. 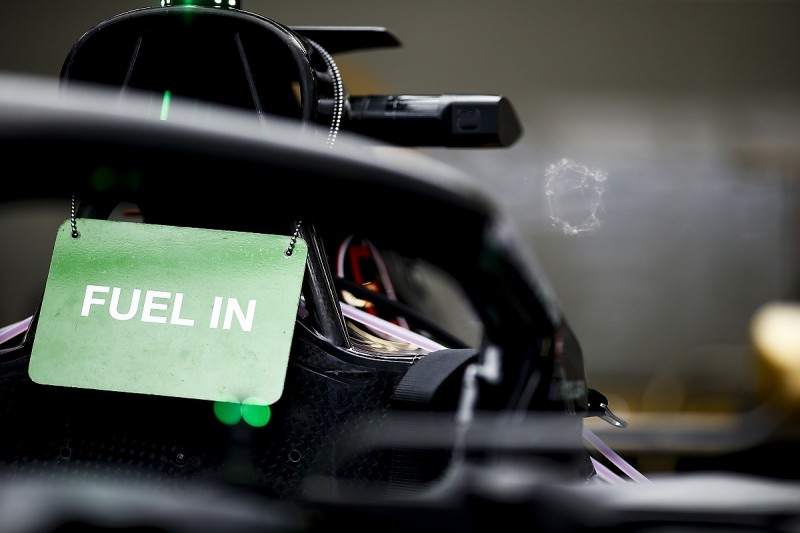 In an effort to combat the use of the oil and lubricants as a method of boosting combustion, the FIA has continually clamped down on oil burning tactics in the last few years.

Similarly the inclusion of two fuel-flow meters, both with different anti-aliasing properties, prevents nefarious tactics being used to defeat the purpose of what used to be just one meter.

In the case of both fuel and lubricants, the number of specifications used throughout the course of a season have been pulled back, with just the previous season's formulations and one new set being allowed for 2021.

The furore surrounding the design of the Racing Point RP20 at the start of the season has died down recently, but the latest draft of the regulations look to make certain that there will not be a repeat.

A new section at the tail end of the regulations covers the listed parts more extensively than ever before, outlining how a team might naturally follow the design concept of another, without directly copying it.

Teams are reminded that they may only obtain information on their competitors' designs at events or tests and it must be information that is potentially available to all competitors. In effect this limits teams to using just regular video or photography.

The use of reverse engineering techniques such as stereophotogrammetry and 3D capture or scanning tools have now been prohibited.

In such cases where it is decided that a competitor is deemed to have a listed part that resembles another, the FIA can request that the team demonstrate its entire design process, including any work carried out ahead of the regulation coming into force.

Why Istanbul could produce another slippery challenge for F1