Formula 1's rollout of data graphics on its coverage has delivered a bit of a Marmite reaction from fans. Viewers either love them or hate them.

That was exactly the reaction that a new AWS 'Driver Performance' graphic got when it first appeared on screen at last weekend's French Grand Prix.

The data, suggesting things like Max Verstappen's driver performance was 98.7% of the car limit in corners, whereas Lewis Hamilton was only 97.1%, drew short shrift from some commentators, including Sky's Martin Brundle.

Reacting to some chatter about the graphic, Brundle said: "Yes. That is certainly some data. No idea where it comes from, but that's what it says."

While sceptics have long questioned the validity of a host of F1's data graphics, most especially a tyre performance one, key figures behind it say that actually the numbers are much closer to reality than some think.

As respected engineer Rob Smedley, F1's director of data systems who is central to guiding the graphics, said recently, teams have been impressed with what's been laid out to fans.

"It was quite interesting actually, because when we first started this, there were a lot of comments of: just how can they do that, come on?" Smedley told Autosport.

"But then what started to happen after these tyre performance graphics starting pinging up was, and obviously I've got lots of mates, and especially technical mates who work in the teams, I started getting quite a few messages saying 'How did you do that then? Because when we've looked back on it, that's pretty accurate!'

But while evaluating car components and tyres is one thing because they can be properly measured, the labelling of a driver's performance is something slightly different as it can be more much subjective – and so much more complicated.

AWS and F1 are clear that the aim of the graphic is to offer an insight into how each driver is exploiting the performance of their car.

So the ultimate idea is to find out if, for example, George Russell qualifying 10th in a Williams is regularly doing as good a job as Max Verstappen when he takes pole position. 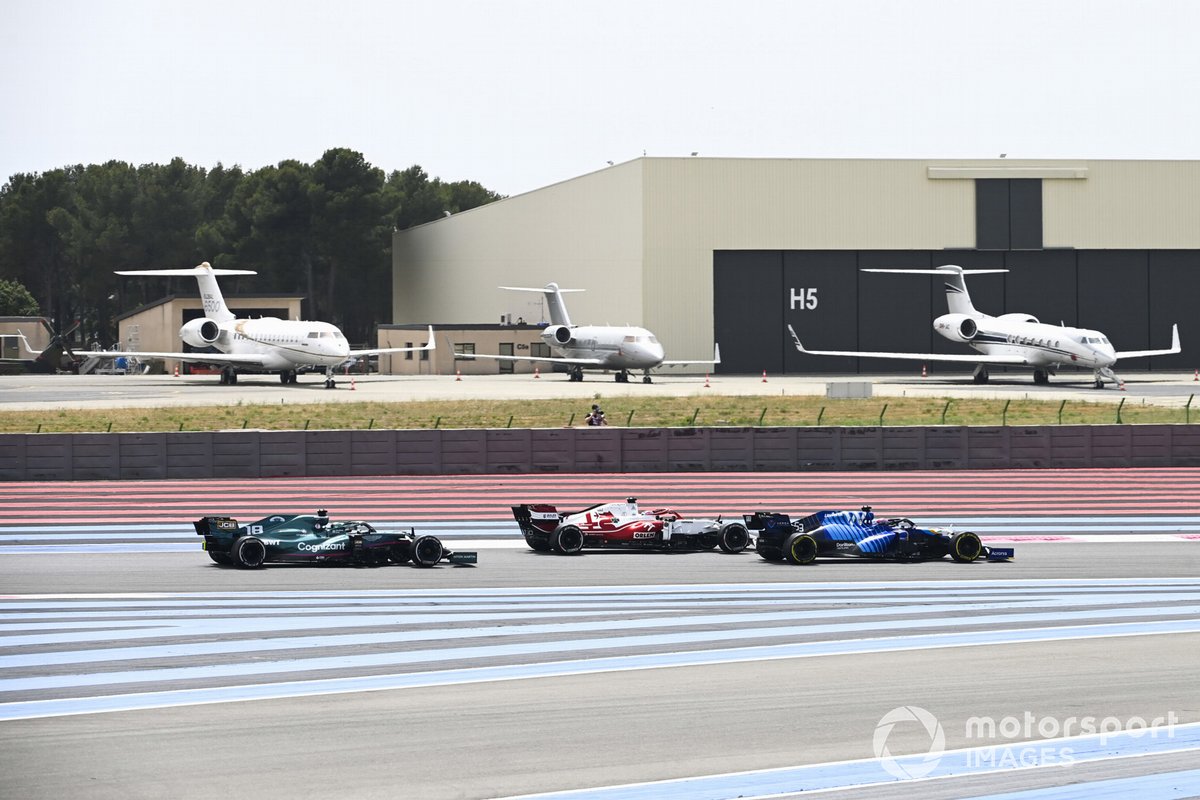 Smedley explained in a recent AWS Blog Post about the data is drawn up for the Driver Performance graphic.

"Let's look at a simple example: if driver X at the front of the grid in the best car is able to complete a lap time of 1m30s by extracting 100% of the performance of his car then if he extracts less than the maximum performance his lap times will be slower," he said.

"In this simple example we will say that drive X extracts only 91% of the maximum performance and the result in lap time will be three seconds slower and therefore a 1m33s lap.

"Now we take driver Y who is in the slowest car on the grid. In this case, driver Y is only able to attain a 1m32s lap time even when exploiting 100% of the performance of his car. On the other hand, when driver Y exploits only 91% his lap time drops to 1m35s.

"Let's take an example of the face value qualifying result of drivers X and Y as being lap times of 1m31.1s and 1m32.3s respectively. If we use a simple linear interpolation of the numbers given above then this would result in the following:

"We therefore end up with the situation where on face value driver Y is 1.2 seconds behind driver X on the grid where is in reality the slower driver has exploited his car to a much higher degree (99.1% versus 96.7%)."

The only way the numbers can work is if the baseline data is strong enough to work out what the maximum performance of each car is.

This is where AWS's expertise in picking through the myriad of data sensor comes in – which has helped construct a complex car and simulation model.

The main driving factor is the front and rear grip available to a driver, as that then provides the performance envelope of the car. A driver operating closer to that limit will have a higher percentage figure in terms of his Driver Performance.

Corners have also been broken up into three areas: braking, turning and exit phase – with each part having its own data sets.

As Smedley explains: "The modelling starts from reconstructing the tyre forces from the available telemetry signals that we use in in-car camera images (accelerometers, speed sensors, etc).

"We then fit a parametric tyre model to the data and from this we can calculate the maximum force that each tyre is capable of generating in all the various car conditions." 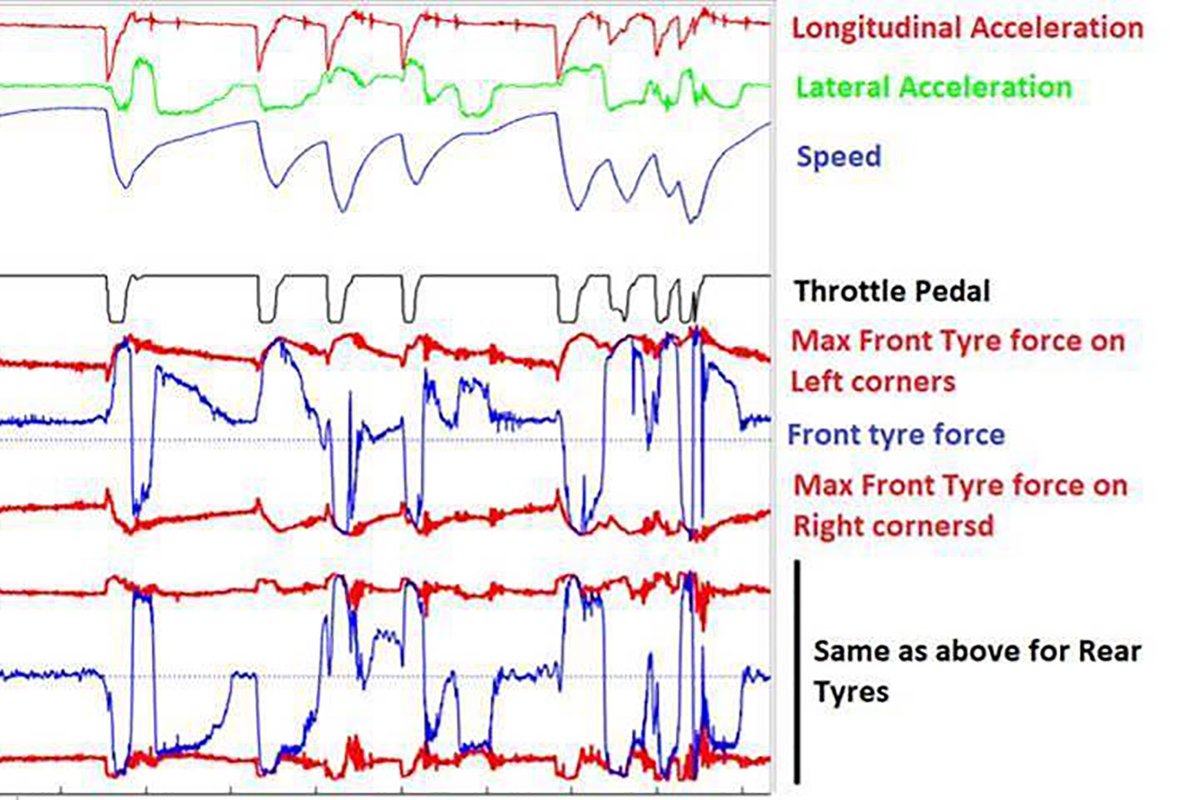 The data inputs can be seen above.

It is the culmination of how close the driver is to the car's grip limit, across the three phases of the corner, over a whole lap that provides the final numerical figure that is broadcast as a percentage.

But, as Smedley explains, the numbers should certainly not be taken as gospel as there are elements of performance that go far beyond anything that can be taken from car data.

"We should always remember that F1 is a blend between human and technical excellence and therefore we cannot discount the car's contribution to the result," he said.

"It is hugely insightful however to understand how close each driver can get towards the limit of their respective machinery."