Mercedes stole a march on its rivals when the 1.6-litre V6 hybrids were introduced ahead of the 2014 season, but Renault has made gains and the French manufacturer is hopeful of further closing the gap this term.

Red Bull boss Horner said during 2016 that the gap was around 35Kw - around 45 horsepower - and in percentage terms, it was estimated to be just above 5%.

Speaking prior to the off-season, Horner said halving the gap would put Red Bull in a position to battle at the front.

"I think if we got back within 3%, which is where we were with the V8, then you're in the hunt from there," he told Autosport's sister title Motorsport.com.

"And hopefully, with stability, we should be able to get there."

But Renault managing director Cyril Abiteboul suggests it is not as simple as saying a 3% horsepower deficit will make Red Bull an automatic title contender.

"We know where they want to be.

"We are committed to having the best engine in the grid, not just within 1%, but to have the best.

"And we think we have a number of idea of technological concepts that can allow us to be better than Mercedes in the future." 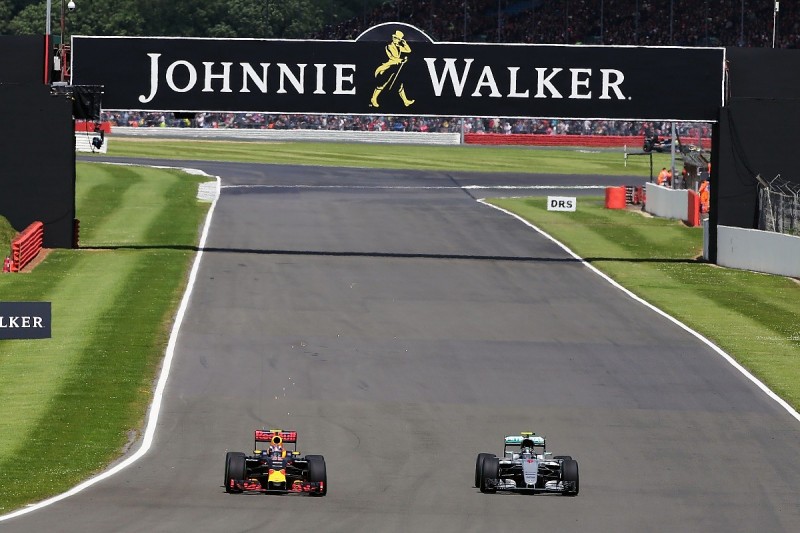 Horner believes the struggles Renault encountered with performance and reliability in 2015 proved crucial in helping the French manufacturer get back on the right path.

"The difficulties we had were the catalyst for positive change," said Horner.

"That change has happened and the benefit we started to see through the course of the year."

The regulations have been overhauled for this year, with faster, wider cars with wider front and rear wings plus bigger tyres.

Despite the sweeping changes to the aerodynamic rules, Horner believes engines will remain important.

"One could argue that the engine becomes more important because the drivers will spend more time at full throttle because the cars have more downforce," said Horner.

"There'll potentially be more drag on the cars so engines will play a key role but like with all these things it's always a combination of the two.

"With stability in the rules, hopefully we should see engines over the next couple of years really converge."