What is rake in F1 and why might Aston Martin sue about changes?

Rake in Formula 1 cars has got a lot of coverage following changes for the 2021 season, but what is it and how does it affect performance? Find out here.

The 2021 technical regulations have introduced an interesting side-plot into Formula 1, especially with the way it has affected the teams running low-rake aero concepts.

In particular, the rules seem to have hindered the likes of Mercedes and Aston Martin, while teams like Red Bull – running higher-rake designs – have been able to capitalise on them.

This has thrust Red Bull and Max Verstappen firmly in the title battle, hinting at the potential to offer Lewis Hamilton the biggest competition he has faced from a competitor outside his own team since the turbo-hybrid regulations came into force in 2014.

Meanwhile, Aston Martin has taken a dim view of its own drop in performance thanks to the new rules, and divulged that it is to begin lobbying the FIA to unlock the regulations to reduce its disadvantage.

But why is there such a discrepancy between the two concepts when it comes to the new rules? Here is an explainer to look at the effect of rake, and what Aston Martin’s next steps are. 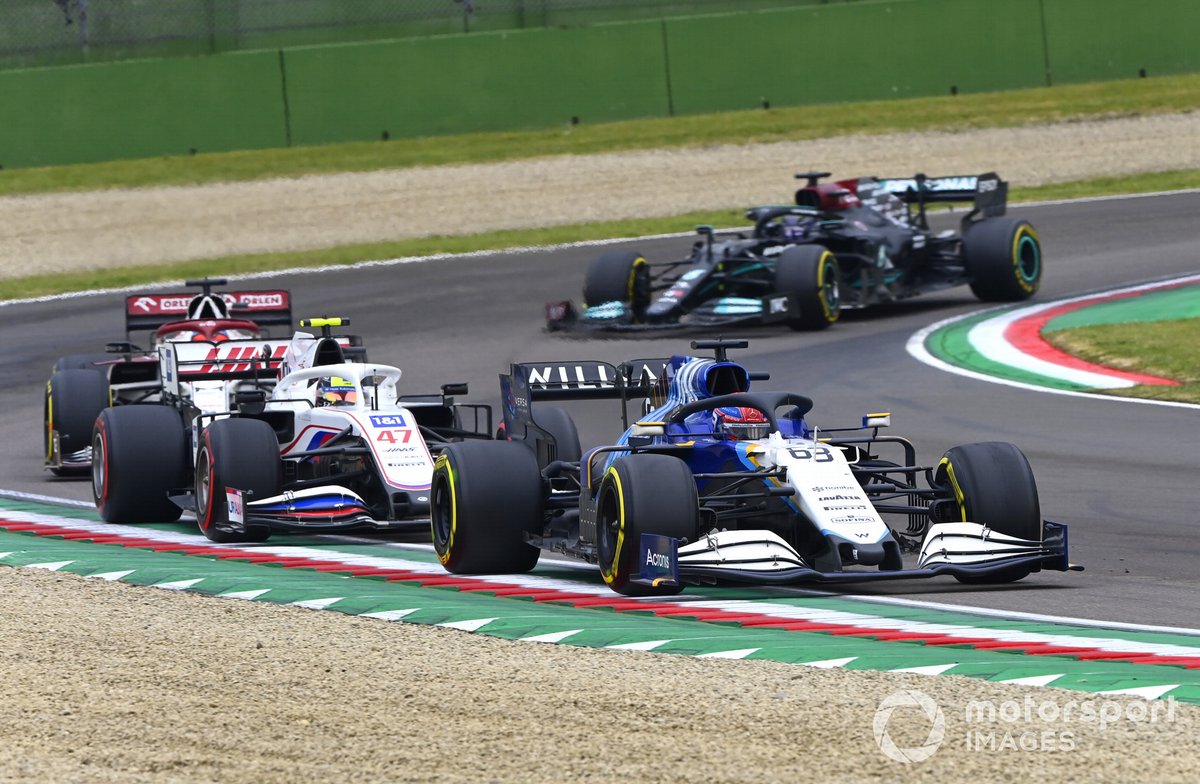 Rake applies to inclination of an F1 car when viewed from side on.

A high-rake car has a more visible difference in angle between the front of the car and the rear, where the diffuser is jacked up considerably and the front tray of the floor runs very close to the ground.

A low-rake car has a much reduced angle, and so the incline of the diffuser means it’s much closer to the ground.

Rake is one of the key parts of the aerodynamic setup of a car, and is one of the aspects that defines a concept of a car – where everything else must be built around it.

Why do teams go for high-rake designs?

The idea behind increasing rake is to increase the effective volume of the diffuser while also helping to accelerate the airflow underneath.

By increasing the velocity of the airflow, the floor can generate lower pressure, and thus the suction created develops a stronger level of downforce.

In scientific terms this relates to Bernoulli’s principle, which is a conservation of energy equation. In short, increasing the speed of a fluid decreases the static pressure.

As fluid – in this case, air - moves from a small volume to a large volume, the velocity increases to generate that reduction in pressure.

The best way to describe this is by imagining putting your thumb halfway over a hosepipe. By creating a bigger difference between volumes, the water accelerates out of the hosepipe and sprays out at a much faster speed.

However, this has traditionally come with a greater level of sensitivity. In the past, the low-rake teams have also had the slots in the floor to offset that, creating a seal to develop a much more consistent level of downforce.

But without those slots, now removed in the 2021 regulations, the likes of Mercedes and Aston Martin have lost more downforce relative to the high-rake teams. 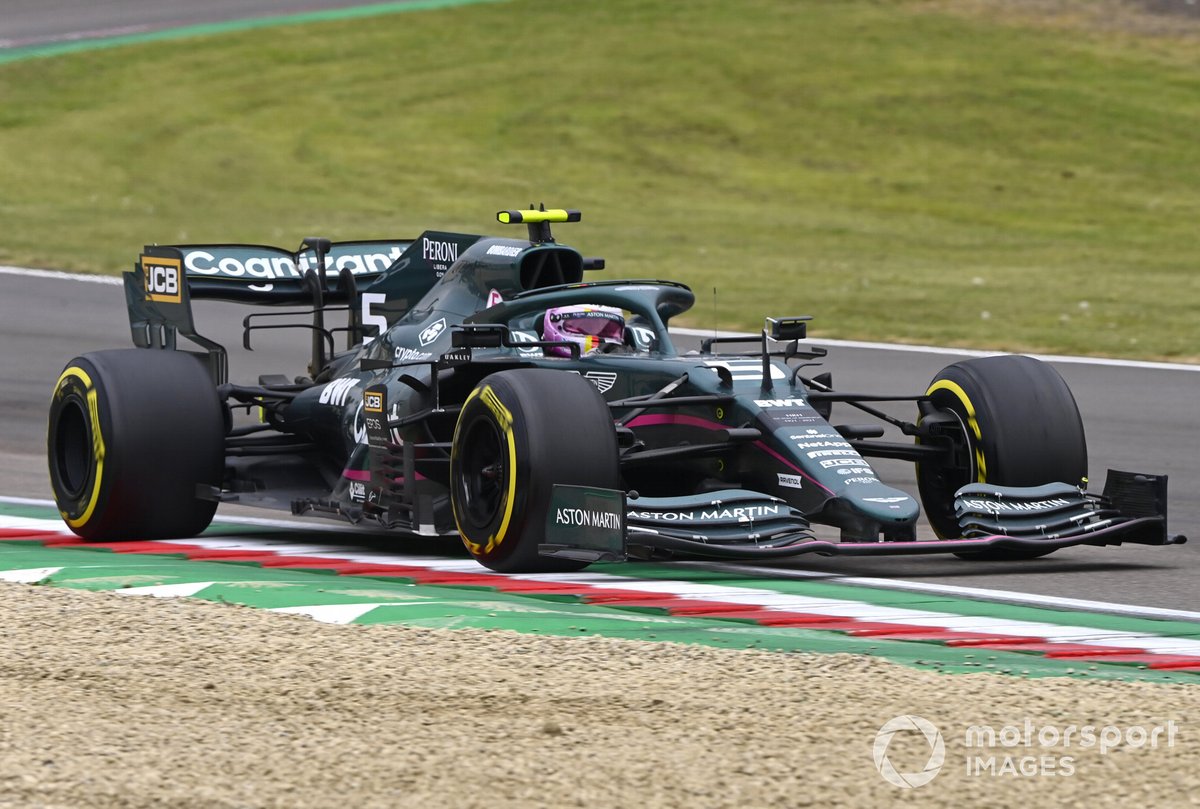 What are Aston Martin’s main complaints about the 2021 rules?

As it has lost downforce, Aston Martin has fallen back in the midfield battle – of which it was one of the front-runners in 2020 as Racing Point.

Having developed a car strongly rooted in the design of the previous year’s Mercedes, Racing Point was able to transition to a low-rake design and benefit from the tools available to the floor which helped it to perform.

Now it has lost that performance, Aston Martin believes that the 2021 rules changes, featuring the cuts to the floor, along with the diffuser and brake duct winglet size, have disadvantaged the low-rake cars.

However, the teams can’t make particularly big changes, and any change to the rake concept would require a new suspension package – which is now homologated and unable to be changed due to the 2021 token system.

Aston Martin spent its tokens on developing its chassis to introduce a new sidepod inlet design, and so had to forgo making suspension changes.

Over the grand prix weekend at Imola, Aston Martin team principal Otmar Szafnauer expressed his displeasure at how the rules were introduced.

The FIA made the floor changes on safety grounds, owing to the escalating downforce produced by modern F1 cars, which would have left the Pirelli tyres having to cope with loads they were not designed to carry.

But Pirelli changed the tyre construction anyway to make them more robust, leaving Aston to question whether the floor cuts were needed in the first place.

Aston Martin has also suggested that F1’s role as the commercial rights holder extended beyond its remit, and had influence in changing the rules to peg back runaway leader Mercedes.

Szafnauer explained that the changes to rules should be the responsibility of the FIA alone, and wanted to open talks with the governing body to make the changes more equitable for the low-rake teams.

“I think the right thing to do is to have the discussions with the FIA,” Szafnauer said, “and find out exactly what happened and why. Then we can see if there is something that can be done to make it more equitable.

“I think that’s the right thing to do. We as a team have to work hard to try and claw back everything we can. But at the same time, we should be having the discussions with the FIA to make it a bit more equitable.” 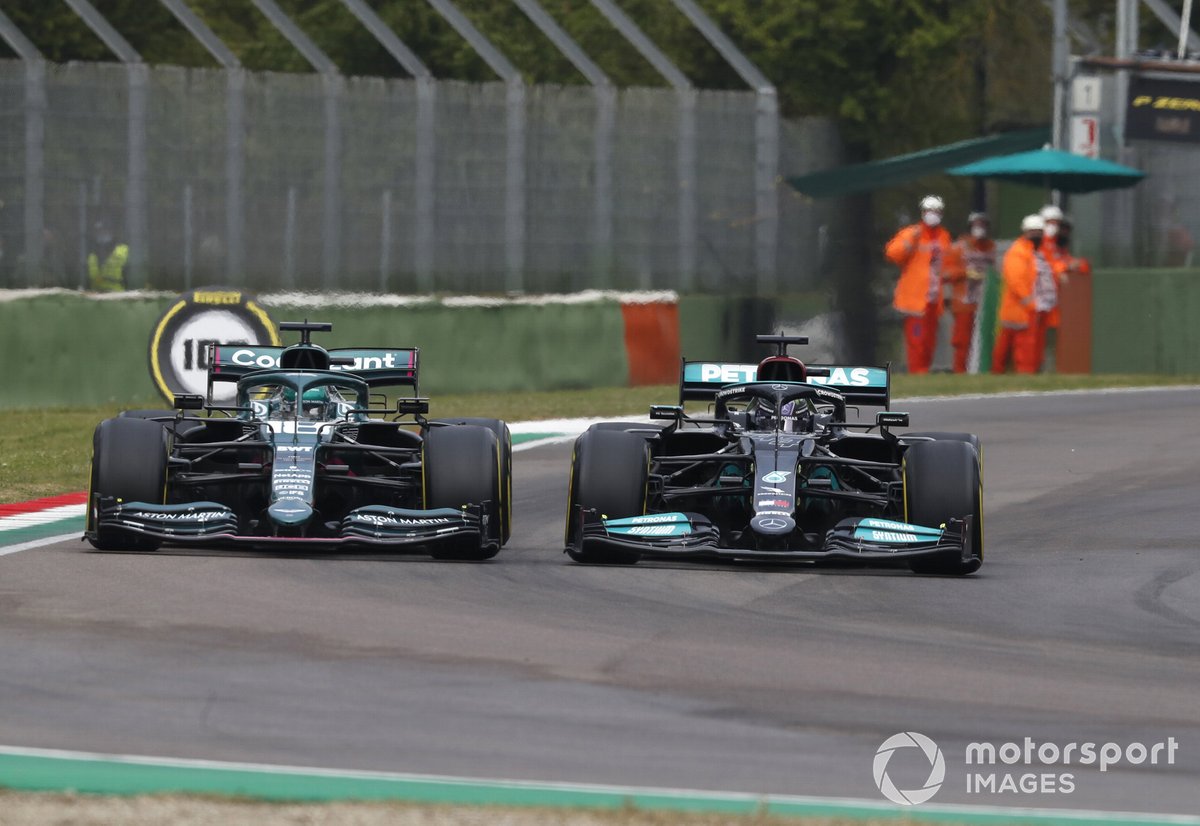 Szafnauer has hinted that, if Aston Martin has a case, it may make a claim that it was unfairly disadvantaged by the 2021 rules.

“I think we get to that point after the discussions,” he said. “It’s hard to predict. I think the right thing to do is to see what can be done.”

Red Bull team boss Christian Horner feels that Aston Martin is being somewhat naïve, however, and underlined that the Milton Keynes team have also been the target of regulations to peg it back before.

“There is a process for regulations to be introduced and they were voted through unanimously through the different regulations,” Horner told Sky after practice at Imola.

“Aston Martin or Racing Point would have had to vote for before being passed through the Formula 1 Commission and the World Council. They were all voted through unanimously.

"When there was a front wing change a few years ago it really hurt us. We voted against it, but you just have to accept it.

“It seems a little naive to think that suddenly the rules are going to get changed after the sample of a single race after the process has been fully followed.”

Mercedes boss Toto Wolff added that he respects Aston Martin has the right to query the FIA’s decision process, but also added that the team was “collateral damage” in a bid to reduce Mercedes’ dominance.

“I think there is always certainly the right to review and look at things and discuss them with the FIA, to find out what has actually happened, and how have things happened.

“That’s why I respect Aston Martin’s enquiry into the whole thing. Maybe things were targeted at us, and they are collateral damage. So yeah. That’s OK.”