The FIA moved to reduce downforce on the cars for 2021 in a bid to slow speeds on safety grounds, focusing on rules for the design of the floors of the car.

The downforce cuts appear to have hit teams running low-rake cars harder than those who operate a high-rake concept, leaving Mercedes and Aston Martin in particular on the back foot.

Aston Martin team principal Otmar Szafnauer said last Friday that he wanted to speak to the FIA about the rationale behind the changes and the involvement of the commercial rights holder in the regulatory process.

Szafnauer also suggested he would discuss aerodynamic tweaks for this season with the FIA in a bid to “make it more equitable” between the low-rake and high-rake teams.

Mercedes F1 team boss Wolff said that Aston Martin had every right to query why the changes were made on safety grounds given Pirelli had produced more robust tyre compounds for 2021 to cope with the higher speeds.

But he felt the team had also fallen foul of the same cuts that were also potentially intended to hurt Mercedes in a bid to reduce its advantage over the field. 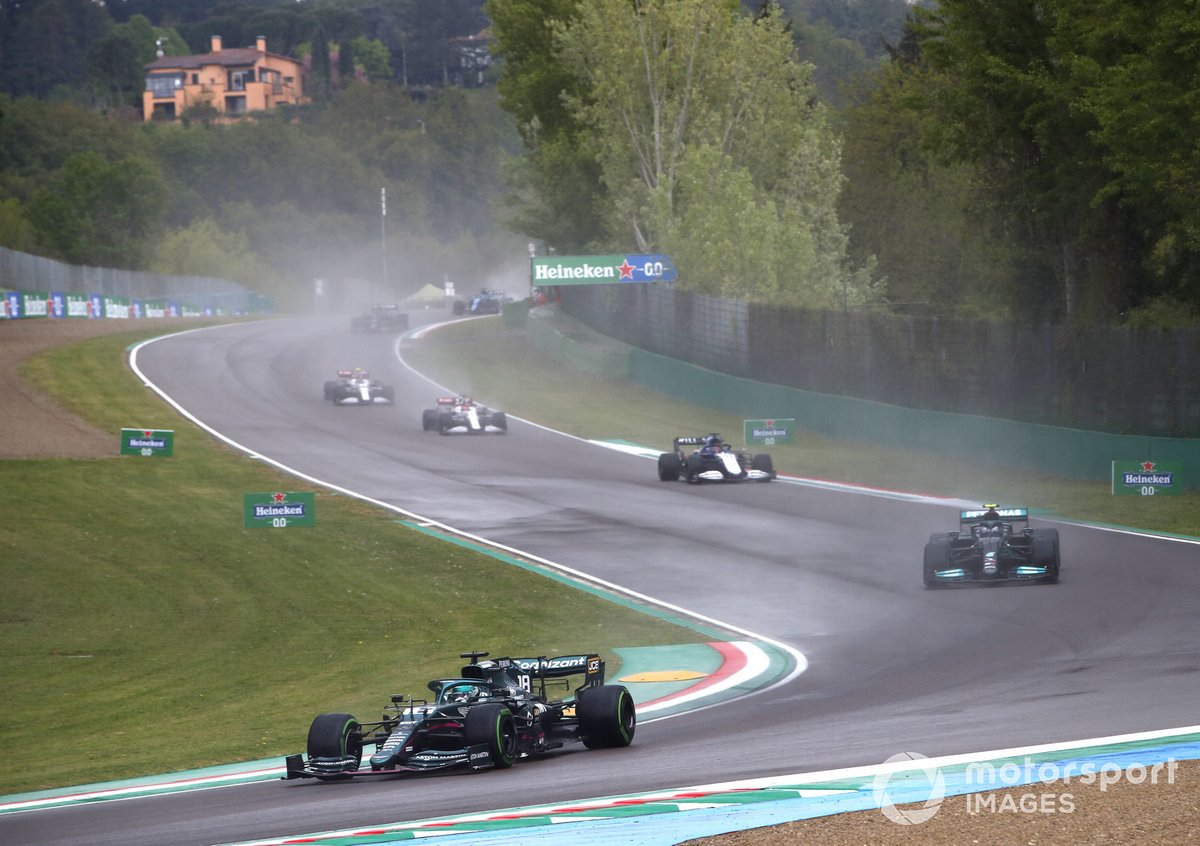 “I understand the topic, because of how the rules have fallen into place last year, one can always question what the motivation was,” Wolff said when asked by Autosport about Szafnauer’s comments.

“I think there is always certainly the right to review and look at things and discuss them with the FIA, to find out what has actually happened, and how have things happened.

“That’s why I respect Aston Martin’s enquiry into the whole thing. Maybe things were targeted at us, and they are collateral damage. So yeah. That’s OK.”

Speaking on Sunday night after the Emilia Romagna Grand Prix at Imola, though, Aston Martin chief Szafnauer said that he was now “pretty satisfied that all the correct steps were followed” in the rule changes.

“We're still in discussion,” Szafnauer said. “We’re just trying to discover what all the steps were to make sure that it was done properly, and equitably. So that's the reason for the discussion.

“We just have to have a good understanding of the entire process and be happy that the process is equitable, really."