Wehrlein knows his F1 future might not be settled before 2017

Wehrlein has emerged as favourite for the second Sauber F1 seat alongside Marcus Ericsson , but remains in the running to stay at Manor.

The 22-year-old's place at the Manor team for 2016 was not confirmed until February 10 and he could face another long wait for next season.

"It could be that it will be decided next year," said Wehrlein when asked by Autosport if the negotiations could extend into 2017.

"But I hope that it will be this year because then, in the winter, you can prepare and it's a different way of thinking.

"Going into next year, you know what you're doing and you can start to prepare with the team and your fitness training." 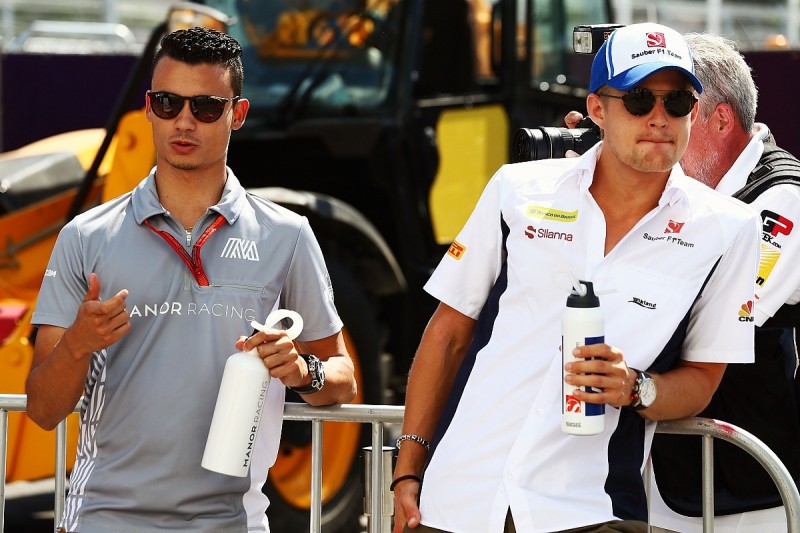 Asked about Sauber and Manor, Wehrlein was non-committal but he was positive about both teams.

"I like the team [Manor] and I'm feeling really happy, many people here are friends of mine who want to meet in the winter and go skiing or snowboarding, so it's nice," said Wehrlein when asked if he wanted to stay at Manor.

"I'm feeling great in the team and it's great to see the progress, so why not?

"Sauber is a great team as well and there is also some history with Mercedes, and Mercedes junior drivers.

"It's kind of strange because we are fighting against Sauber and now there are some rumours that it could happen that I'm next year with Sauber.

"Sauber is a great team with a lot of potential and let's see what happens in the future."

Wehrlein confirmed Mercedes is carrying out the contract talks on his behalf, and believes his strong performances during 2016 should help.

"I tried everything on my side to stay in Formula 1," said Wehrlein.

"I tried my best, I tried to convince the people - I scored a point, was in Q2 four times, which was a great effort from the team and from us.

"In the end, if I cannot stay in Formula 1, there's nothing I can do about it."