Sebastian Vettel is unsure why Formula 1 has decided to remove the Friday rest day from Monaco’s race weekend schedule, joking that “things that are fun are dying”.

F1 will ditch its traditional four-day race weekend format for the Monaco Grand Prix from 2022, bringing the principality’s race in line with every other grand prix weekend.

Traditionally, Monaco had staged its opening F1 practice sessions on the Thursday before then taking the Friday off and resuming its track action with FP3 and qualifying on Saturday.

F1 CEO Stefano Domenicali confirmed the change would be happening earlier this week as the series gears up to release its provisional 2022 schedule next month.

Four-time F1 world champion Vettel said that while the change at Monaco “probably doesn’t make a big difference”, he used to enjoy having the rest day at the track as part of the weekend’s traditions.

“It used to be fun to have a day off, not to go partying, but to have a bit more time to prepare,” Vettel said.

“It was sort of a Monaco thing. Since anyway, things that are fun are dying, probably that’s the reason why it shrinks to three days. It used to be fun so let’s not do it anymore.”

Vettel added that his comment was “more of a joke”, but was still unsure why F1 would have made the change for the Monaco weekend.

"I don't know why you would change that in Monaco,” Vettel said.

“I think it worked, it was a Monaco one-off. Whatever it is, we are going to adapt and I don't think you're going to notice.

“In general I don't know if that's true [that fun things are dying], I just said it because it was fun to say. Off the top of my head, I can't think of anything else. 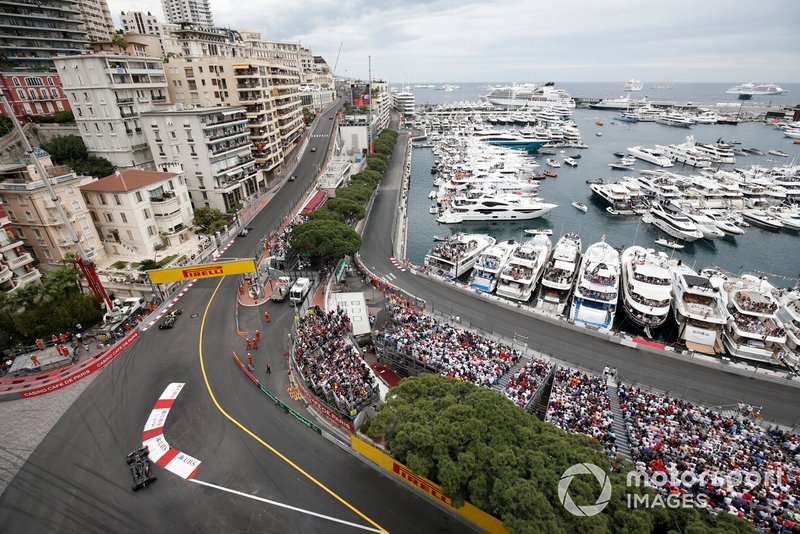 “To be one day less there, I don’t think it’s good,” Alonso said.

"Every team has a different programme, a different marketing schedule. It’s a weekend that is useful also for the sponsors and things like that.

“Obviously this year with COVID, we didn’t have that much marketing activities. But if hopefully next year is a little bit more normal, it was a day for the sponsors as well.

“So we will have I guess on Thursday more activities, and then from Friday, full focus on track.”

Aston Martin’s Lance Stroll acknowledged that while it was nice to be in Monaco for the full four-day weekend, the removal of a day of track action would ease some of the pressure on team personnel.

“Next year, we’re going to have a lot of racing like this year,” Stroll said.

“I think as Fernando said, it’s nice to be there for the weekend. The energy around the whole weekend is always a lot of fun. It’s a special race.

“I think at the same time it gives the guys, the mechanics, the engineers and everyone another day at home with this very intense schedule we have, [which] is very important as well.”