Vettel led the way throughout Q3 at Suzuka, setting a 1m27.2s lap on his first run and improving to a 1m27.0s best on his final run to claim his first pole since June's Canadian Grand Prix.

Ferrari team-mate Charles Leclerc found three tenths of a second between his two Q3 runs, but missed out on making it five poles in a row and saw his streak of nine straight qualifying victories over Vettel come to an end.

Having dominated Friday practice, Valtteri Bottas and Lewis Hamilton both had disappointing first runs in Q3 to lie third and fourth, behind the Ferraris.

Bottas, who led the way in both Friday sessions, improved to 1m27.2s on his final run but still missed out on the front row by 0.040s.

Championship leader Hamilton was less than one hundredth of a second behind in fourth.

Max Verstappen, who suffered a power loss on his Red Bull-Honda in Q2, and team-mate Alex Albon set identical times in locking out row three of the grid. Verstappen claimed fifth by setting his 1m27.851s lap before Albon did.

Carlos Sainz continued his strong form by again qualifying best of the rest for McLaren, 0.160s clear of team-mate Lando Norris after the latter ahead been ahead following the first Q3 runs. 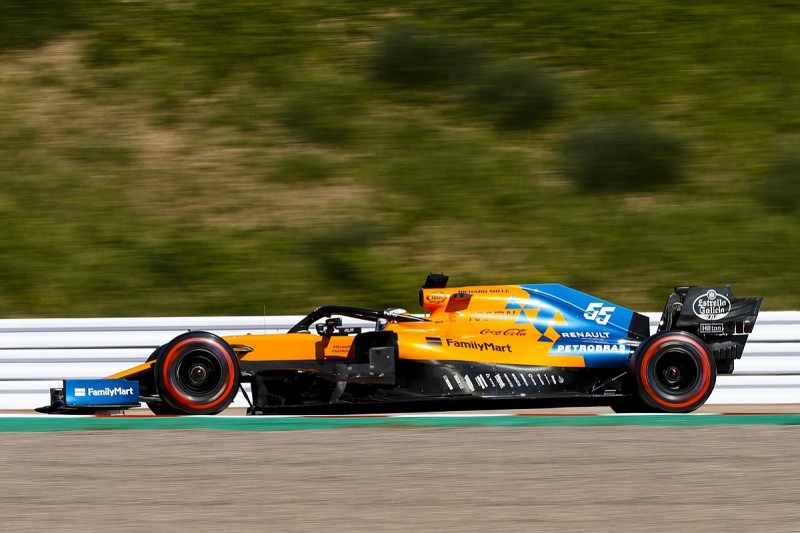 Pierre Gasly's Toro Rosso-Honda and Romain Grosjean's Haas rounded out the top 10, Gasly almost four tenths down on Norris and Grosjean over half a second adrift of Gasly.

Antonio Giovinazzi (Alfa Romeo), Lance Stroll (Racing Point) and Kimi Raikkonen (Alfa Romeo) narrowly missed out on the top 10 during the late flurry of improvements at the end of Q2.

Giovinazzi was just over a tenth adrift of Grosjean, while Stroll and Raikkonen missed the cut by just over two tenths.

Daniil Kvyat (Toro Rosso) was two tenths further back after making only a modest gain on his final run, while Nico Hulkenberg was cut well adrift in 16th.

Hulkenberg was unable to complete the session after suffering a "major problem" on his Renault, believed to be a hydraulic pressure loss.

He complained of feeling something "funny" with the power steering and gear shift on his out-lap.

Daniel Ricciardo missed out on Q2 by just under a tenth of a second in the other Renault, despite finding six tenths of a second between his first and second runs in Q1. 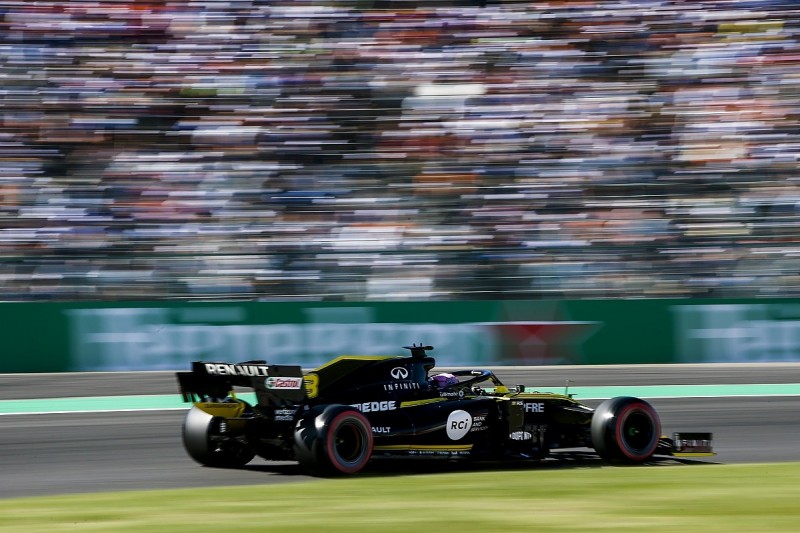 Sergio Perez's Racing Point was 17th, half a second down on Ricciardo and only 0.020s faster than George Russell's improved Williams.

The lack of grip and windy conditions early on in qualifying appeared to catch out Kevin Magnussen (Haas) and Robert Kubica (Williams), who both crashed out at the kink just before the start/finish line before setting a time.

Kubica struck the barrier at the end of his out-lap, wrecking his Williams and causing the session to be red flagged.

Replays showed Kubica understeering off the circuit onto the grass on the outside as he tried to negotiate the kink.

He described it as a "fucking joke" before trudging back to the pits.

Magnussen then hit the barrier after going off at the same spot shortly after the session resumed, causing a second red flag.

The Haas driver lost control of the rear of his car, and managed to limp back to the pits with front and rear wing damage after spinning into the barrier, but he did not re-emerge from the garage.

Ferrari's progress from disaster to 2020 contender