Sebastian Vettel believes Ferrari's struggles to make its tyres work properly is the more "dominating factor" in its Formula 1 car's performance being held back, rather than an aerodynamic weakness

Ferrari controlled practice for Sunday's Azerbaijan Grand Prix but missed out on pole because of a "double whammy" in qualifying and struggled to match Mercedes in the race as well.

Asked by Autosport if his confidence in the upgrades Ferrari brought to Azerbaijan remained following the race performance, Vettel said: "Absolutely, I think it was a step forward with our car, but more of a dominating factor is how we seem to be able to get on top or into these tyres.

"There's a lot of performance in that.

"I think the struggle we had here and there in low-speed corners is less of an aero problem, it's more of a mechanical grip issue.

"A lot of homework for us, the last couple of weeks.

"I'm sure once we get everything together the car is strong and then we will be much more in the fight.

"But at this stage, averaging the first four races, we were just not quick enough." 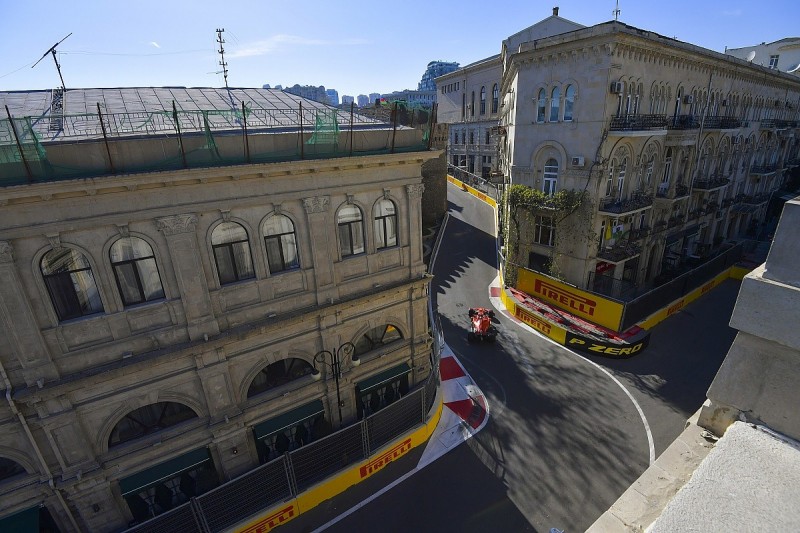 Vettel lost ground to the Mercedes duo in the first stint on soft tyres, but an earlier pitstop allowed him to hack into the gap and run two-to-three seconds behind for the majority of the rest of the race.

However, Ferrari's struggles getting the most out of its tyres hurt him again after a virtual safety car as he could not get his mediums up to temperature.

"In the first stint we really struggled to follow, it was quite difficult to find a rhythm, and difficult to extract grip from the tyres," he said.

"I expected it to be a long and tough afternoon. After the stop the car was quite good, I was able to push and I think we stayed with them.

"The blue flags were not particularly lucky, the places around the track, I saw Lewis had some quite good tows with lapped cars here and there but what goes around comes around.

"Overall the second stint was better for us and the first one we lost all the potential to put pressure on at the beginning of the race."