Vettel: Ferrari "pushing at the maximum" despite large Mercedes gap

Sebastian Vettel says Ferrari was "pushing at the maximum" in Brazilian GP Friday practice, despite ending the first day well off the pace of Mercedes

Mercedes' Lewis Hamilton and Nico Rosberg finished nearly half a second clear of the field at the Interlagos Formula 1 track, but Williams, Red Bull and Ferrari were separated by just over a quarter of a second.

Vettel was 0.731s slower than Hamilton in FP2, after a spin in the morning session, while team-mate Kimi Raikkonen was eighth and suffered brake problems.

"We were pushing at the maximum," said Vettel. "Maybe we were not quick enough but it was a bit of a tricky day.

"We tried a lot of things and now we need to go and see what actually was best.

"The good news is that the gaps are really close, but obviously Mercedes seems to be far out front as expected.

"Other than that it's very close and if it stays like that I think we have a chance on Saturday."

Lewis Hamilton, who ended the day fastest, believes Red Bull is a threat at Interlagos, particularly if the predicted rain materialises.

"The Red Bulls look like they're very close," he said. "They're definitely in the running for it and naturally if it's wet that mixed it up a lot."

Hamilton added there was "definitely" more to come from him as he didn't get everything out of the car in second practice.

"P1 was good, but P2 I didn't get the best from the lap but was still quickest, so there's more time available and I'm going to make sure I try to bring that out tomorrow," he added.

"In previous years I always struggled with rear end, and this weekend that doesn't seem to be the problem. I hope that continues.

"I also prepared a little differently for this weekend and it seems to be working so far." 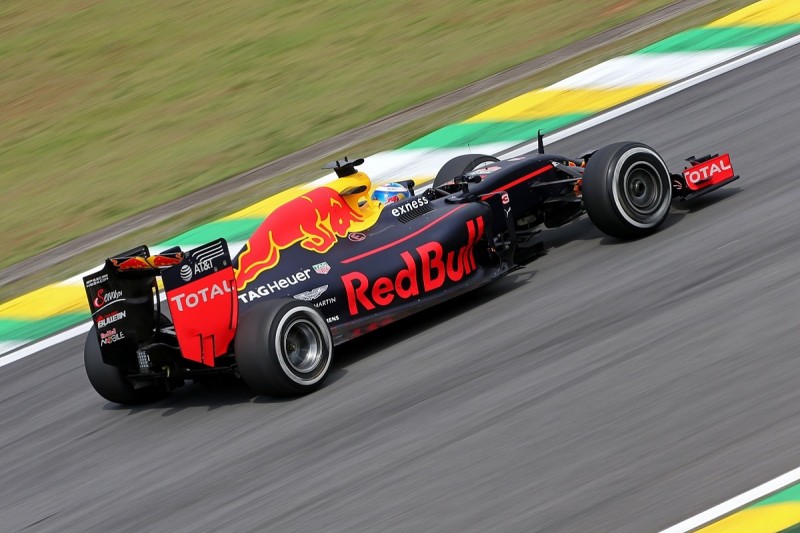 Daniel Ricciardo was 0.557s off the pace in the best in the best of the Red Bulls, but was pleasantly surprised to be that close to Mercedes despite showing much stronger Friday form in recent races.

"We're a bit closer to them (Mercedes) than we probably expected - half a second - and there's still more to improve with the car," he said.

"But the rain will help us. If we really want a chance to win that will be the way to go."

Williams was unusually high up on the timesheets, emerging as the second quickest team on single-lap pace.

However, analysis shows it was sixth overall in terms of longer runs.

"It is early, but it's nice to be competitive like that.

"But we have the same car as the last race so it will not be a very easy weekend."

Sainz: Brazilian GP practice spat with Raikkonen not worth probe

Ron Dennis set to be ousted from McLaren Group next week