Vettel bought Mansell’s famous ‘Red 5’ car back in 2020, but did not get a chance to drive it until recently when he completed a shakedown ahead of the show run at Silverstone.

The demonstration saw Vettel complete a handful of laps in the FW14B to mark 30 years since Mansell won the British GP and that year’s championship, as well as showcasing a carbon-neutral fuel that was used to power the classic car.

Vettel parked the car on the main straight at Silverstone after completing his laps, and was quickly greeted by Mansell. A number of F1 drivers including Lewis Hamilton, Mick Schumacher and George Russell came over to speak to Vettel about the run and look at the car, as did F1 boss Stefano Domenicali and FIA president Mohamemd Ben Sulayem.

Asked by Autosport about the show run, Vettel said: “It was very special, also to have him there and waiting for me at the end.

“I felt like a five-year-old again, because the sound, everything, just brought me back to 30 years ago.

“Doing it the way that we did it with carbon neutral fuels and trying to showcase the emotions can be great, but we can do it in a more responsible way, was very important to me.

“When I came up with the idea, 30 years ago Nigel won the grand prix here, obviously I've got the car from that time, that very car, but I didn't want to do it and just waste resources and thought of a better way of doing it.

“So I'm very proud we got together and I got the chance. It was even on my birthday, which I didn't realise at the time!” 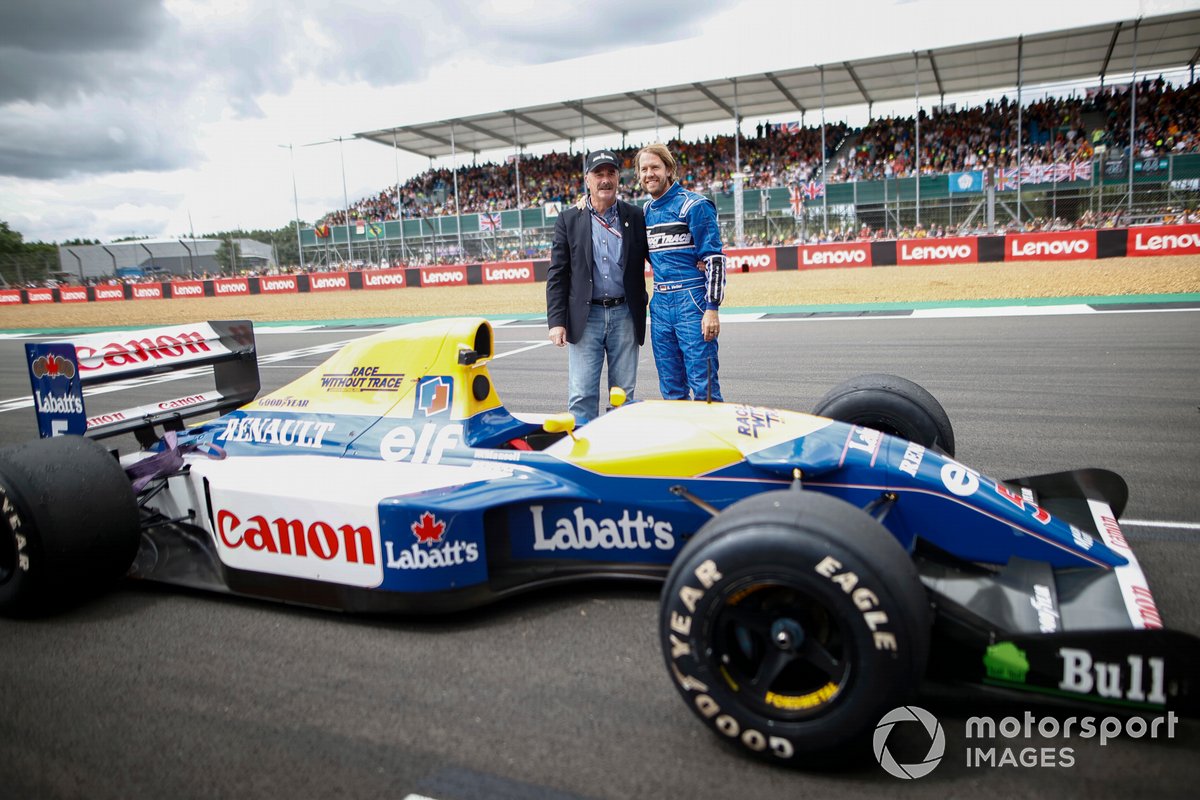 The use of carbon-neutral fuels was part of a ‘Race Without Trace’ initiative, the branding of which appeared on Vettel’s custom race suit for the laps and on the car itself.

Vettel has been the most vocal member of the F1 grid when it comes to environmental issues, stressing the need for greater sustainability in the future.

F1 is planning to switch to fully-sustainable fuels under the next generation of power units that are set to be introduced in 2026, but Vettel said there was “no time to waste”.

“The introduction is planned for 2026,” Vettel said.

“I understand that not everybody is not easily agreeing on changing it sooner, but in the end that's probably what would be the right call, to do it sooner."