Sebastian Vettel is under investigation after riding a moped on-track to return to the Formula 1 paddock at the end of first practice for the Australian Grand Prix.

After missing the first two races of the 2022 season due to a positive COVID-19 result, Vettel made his first grand prix weekend appearance of the year in FP1 at Albert Park on Friday afternoon.

The session came to a premature end for the four-time world champion after he reported a loss of power, causing him to park up at the side of the track at Turn 10 with 15 minutes remaining.

Smoke was seen coming out of the rear of the car, prompting Vettel to quickly use a fire extinguisher from the nearby marshal post under the red flag.

Once all of the cars had finished their laps and returned to the pit lane after the chequered flag, Vettel was seen driving around the track on a moped to return to the paddock.

The four-time world champion waved to fans as he rode around, and had his F1 helmet placed on top of his head. He also momentarily took both hands off the handlebars of the moped.

But soon after Vettel had returned, race control announced that Vettel was under investigation for entering the track without permission. 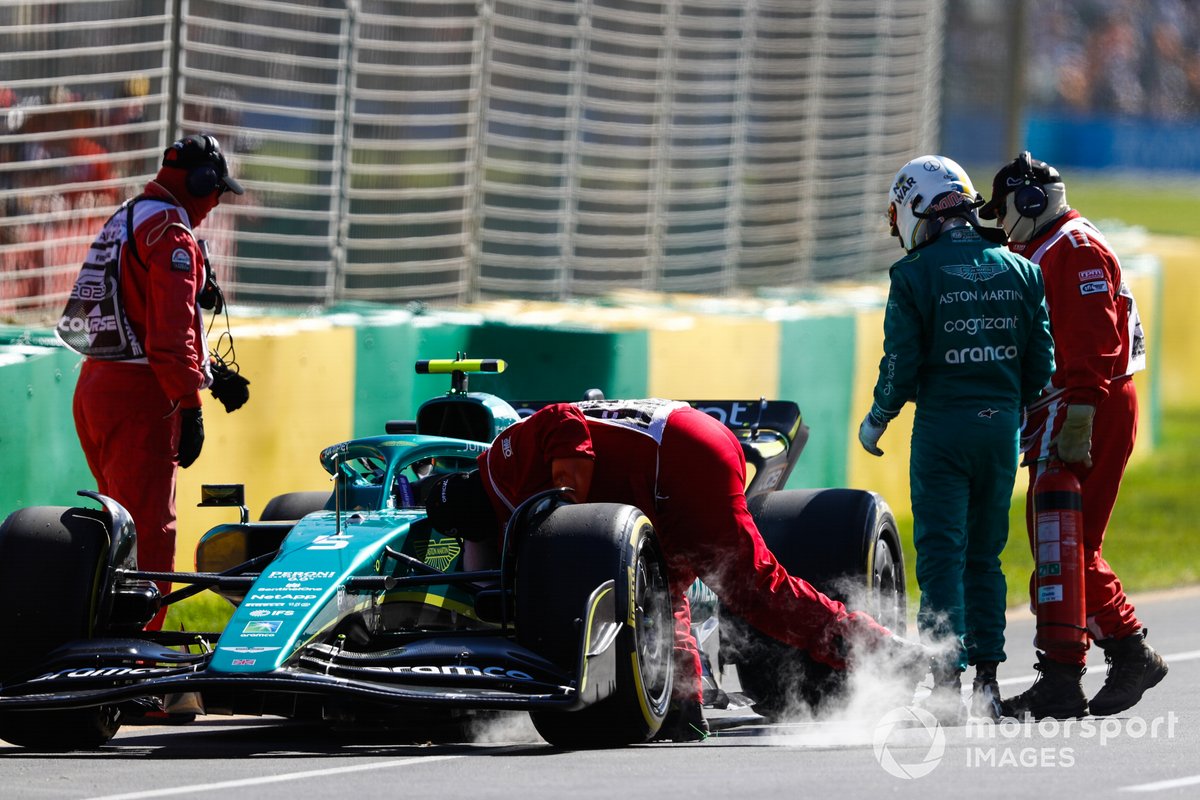 It puts Vettel at risk of punishment from the FIA, with a hearing at race control with the stewards likely to take place ahead of second practice later this evening in Melbourne.

Article 26.7 of the F1 sporting regulations - which comes under ‘general safety’ - states that in the five minutes after every practice session, no-one is allowed on-track, at pit entry or pit exit except:

- Marshals or other authorised personnel in the execution of their duty.

- Drivers when driving or on foot, having first received permission to do so from a marshal.

- Team personnel when either pushing a car or clearing equipment from the grid after all cars able to do so have left the grid on the formation lap.

- Team personnel when assisting marshals to remove a car from the grid after the start of the sprint session or the race.