In 2019 Formula 1 announced plans to have a net-zero carbon footprint by 2030, covering areas including logistics, the use of renewable fuels and reducing waste.

Renewable fuels are part of the new-for-2026 power unit regulations, which will streamline F1's hybrid engine designs. The sport is also aiming to make grands prix sustainable by 2025 by banning single-use plastics being eliminated and re-use or recycle waste, among other initiatives.

Vettel stressed that as impressive as F1's efficient hybrid engines are, it should put more emphasis on its footprint as a spectator sport in the wake of its expansion to 24 races per year, which are all well attended as the sport has become more popular than ever.

He thinks that F1 should reinvest some of its revenue into its current promoters to help them come up with greener solutions to help reduce the footprint of its spectators.

Speaking at a summit hosted by World eX, an esports championship promoting zero-emission mobility and clean energy, Vettel said: "Any type of event that attracts a big crowd has to live up to the responsibilities that come with our times.

"Obviously we attract big crowds in Formula 1. I think that the sport got more popular in recent years with a new fan bases, especially in North America, making the sport bigger and grow.

"But with that there's more people that need to get to the track, that need to be managed when they are at the track. So yes, there's a lot that can be done, similar to other big events.

"Obviously, how people get to the event, public transport is not just a big topic in general but also coming and going from events, so there's lots of things I think we can do.

"In the end we need to take some of the sort of turnover or money that Formula 1 in particular makes and try and reinvest to the promoters and give them the chance to decide for a better, greener, cleaner solution when it comes to handling crowds and dealing with the event." 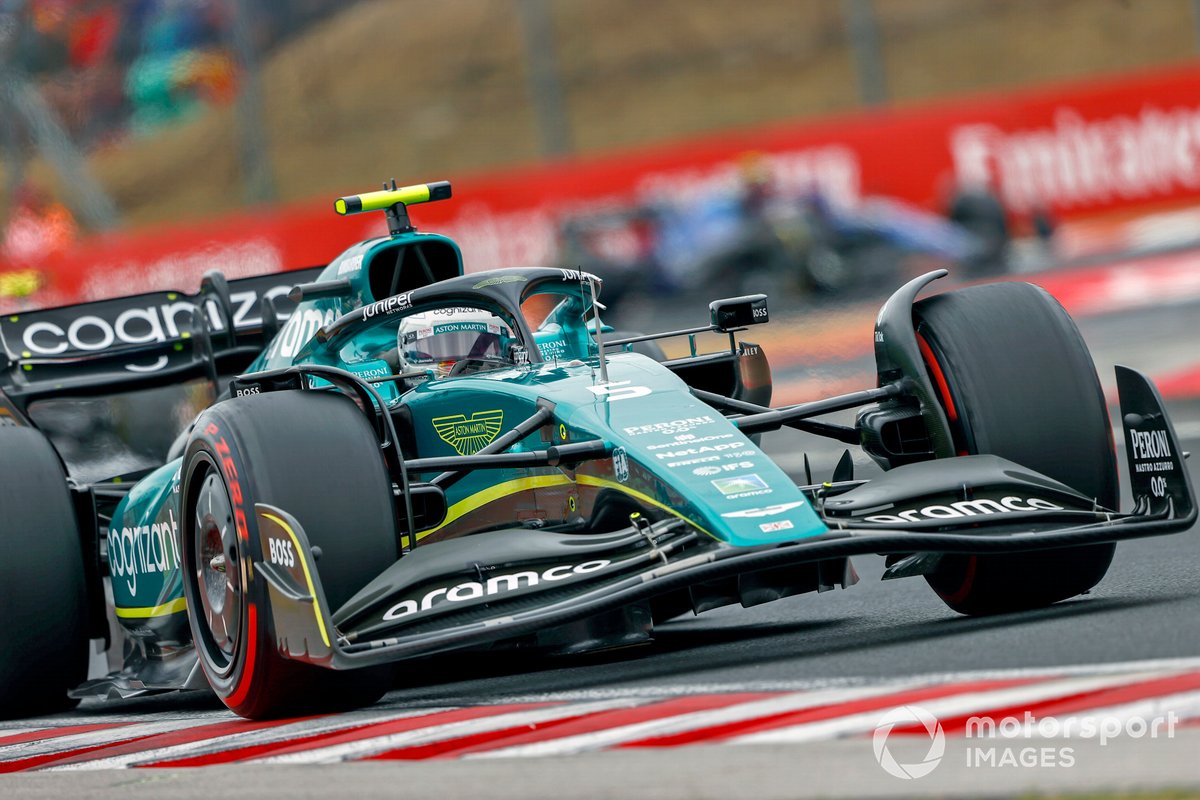 Vettel, who announced his retirement from F1 after the 2022 season last month, spoke out earlier against how little road relevance the current hybrid engines have due to their expense and complexity, an issue that is set to be at least partially addressed by the 2026 changes.

Even if motorsports events are arguably no more polluting than other mass spectator events, the sport is coming under further scrutiny from politicians and activists alike.

Vettel argued Formula 1 can counter any existential questions posed by the outside world by reconnecting with developing sustainable technologies that are beneficial to society as a whole.

"Ultimately it doesn't make a big difference whether we are driving cars, or having a music concert or doing other things, looking at the big crowd and the footprint of the crowd itself," he added.

"But it comes back to the question of relevance. And if we don't find a way to really help shifting change, and contribute to the fact that everybody benefits from what we're doing for fun, and the innovation in engineering that comes with it, then I think very soon the question will come up: 'Okay, what is the point?'

"We get the point, because we love it, we are motorsport enthusiasts, and you don't need to explain it to us. But if you zoom out and speak to a crowd that has nothing to do with motorsports, very rightly, I think these questions will come up in the future.

"So it is up to us to be ahead to be a lap ahead and not get lapped, so to say, with the enormous power that we have.

"We're spending a lot of money in motorsport but with that comes a lot of innovation and engineering and power that can be channelled in a better direction, so that everybody even outside of motorsport one day benefits, whether then the answer is electric, or hydrogen or something else."