Despite a disappointing run to 14th on a weekend when Ferrari struggled for pace, Vettel was determined to do something special in his final outing for the Maranello team.

On his slow down lap after the chequered flag, as his team thanked him for all he had brought to the Maranello squad, he told them over the radio that he had a surprise.

In Italian he said: "You know that sometimes I like to sing, so I thought of singing one last time a song for you."

Then, pulling out a sheet of paper with some lyrics that he had hidden in his cockpit, he sang to the tune of a famous Italian song from the 1960's, Azzurro:

You are the red team
You are passionate
You'll never surrender
My stop is coming
I loved being with you
I felt your magic, an extraordinary feeling
Guys, I thank you, for having me
I will miss all of you
Greetings to all of you in Maranello,
You deserve to be mentioned here
And now I'll say goodbye, and wish you all the best
I wish you to be happy but above all, to be healthy 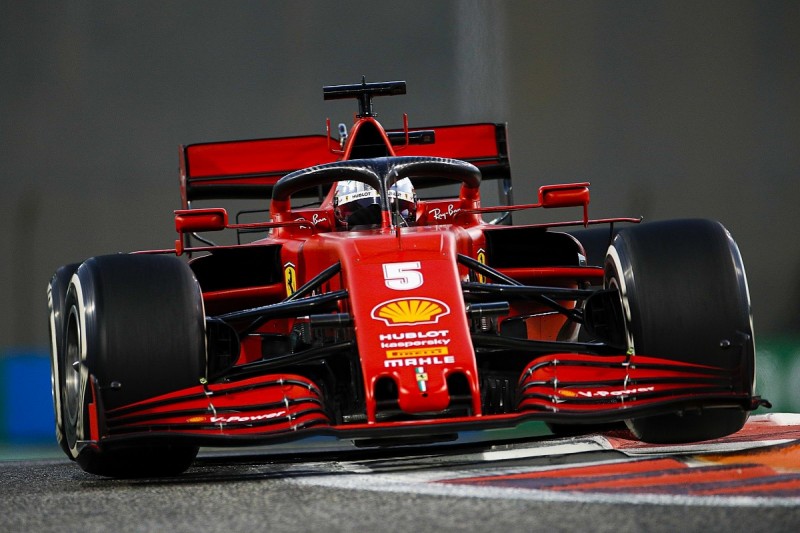 Speaking after the race about why he chose to sign his Ferrari career off with a song, he said: "Obviously, I've had a lot of highs with the whole team, and every time I was really excited, for some reason I started to sing.

"So I think it was a nice way, for one last time, to sing again. And obviously the song that I leave them to is a very, very popular Italian song Azzurro from Adriano Celentano.

"I changed the lyrics, so I hope I don't get in trouble with copyright. But yeah, I think it was a good way to express the gratitude for the team."

Vettel had been given a tunnel of applause by his Ferrari crew as he left the garage for the last time ahead of the Abu Dhabi GP, and was later presented with a huge trophy from the team.

Speaking about that memento, he said: "I was surprised myself. Obviously I've never finished P14 before and got a trophy. So it will definitely be a good nice memory.

"There was also a sign at the front [of the garage] with all the wins. This year has been in a way a total reflection of the great time that I had with the team."