Hamilton got a strong start from the second row of the grid and looked to draw alongside Sebastian Vettel, but had to back off to avoid hitting the Ferrari driver, saying there could have been a "big collision".

Vettel - who went on to finish the race in second place behind Hamilton after the latter stopped earlier and gained track position - explained there is not a fix for a blind spot in the mirror and that it played a part in his actions.

"I think the blind spot is as old as the invention of the mirror, so not sure we can do much about that," said Vettel. "I think obviously on the first lap a lot of it is guessing where the other people are. Especially when you go into corners.

"Most of the time we see it works out, sometimes it doesn't. I think we all try to do our best. We know we can't win the race in the first corner but we can lose it.

"I don't think you can do much about it."

Speaking specifically about the Hamilton incident, Vettel added: "I didn't see him. He came after the race as well and asked, but [there was] no intention to push him or anything. 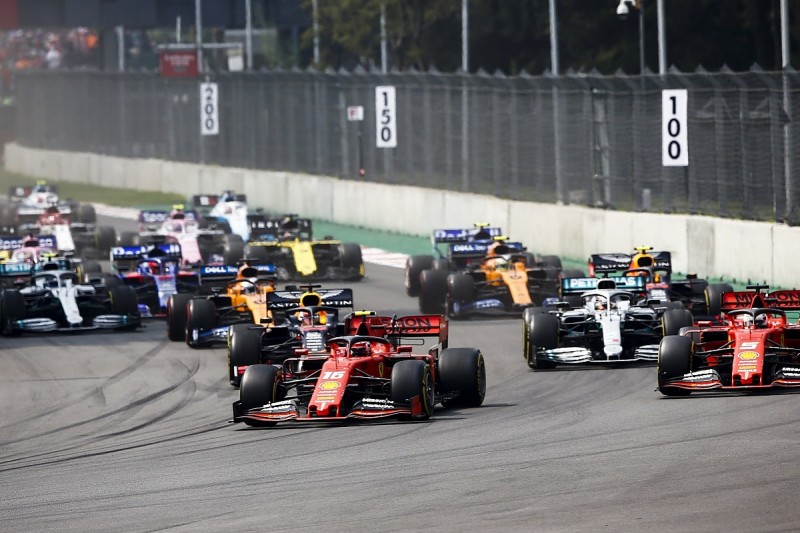 "We see quite well in the mirrors but there is still obviously an angle that you can't see."

Despite his comments, Hamilton and Vettel joked about their close encounter.

Hamilton also said Vettel's improved form is good for F1 and the fans of close racing.

"Seb's been driving great recently so it's been good to see him back up there, driving so well," added Hamilton.

"Naturally we want to have closer wheel-to-wheel races but on some of these tracks you can't get too close, unfortunately."