Sebastian Vettel is at risk of being disqualified from Sunday’s Formula 1 Hungarian Grand Prix after the FIA could not take enough of a fuel sample from his car.

Vettel finished second at the Hungaroring after rising up the order early on following the chaotic opening lap, narrowly losing out on victory to Alpine’s Esteban Ocon.

It marked Vettel’s second podium of the year for Aston Martin, but the four-time world champion is at risk of being thrown out of the race.

During the post-race scrutineering checks, the FIA found that it could not take enough fuel out of Vettel’s car to provide the one litre sample required under the regulations.

Vettel did not complete the cool-down lap after taking the chequered flag, parking his car at the side of the track at Turn 12 after being ordered to stop by Aston Martin over team radio.

In a bulletin issued after the race, technical delegate Jo Bauer wrote that he would be referring the matter to the stewards.

“After the race it was checked on car number 5 whether a 1.0 litre sample of fuel could be taken from the car,” the notice reads. 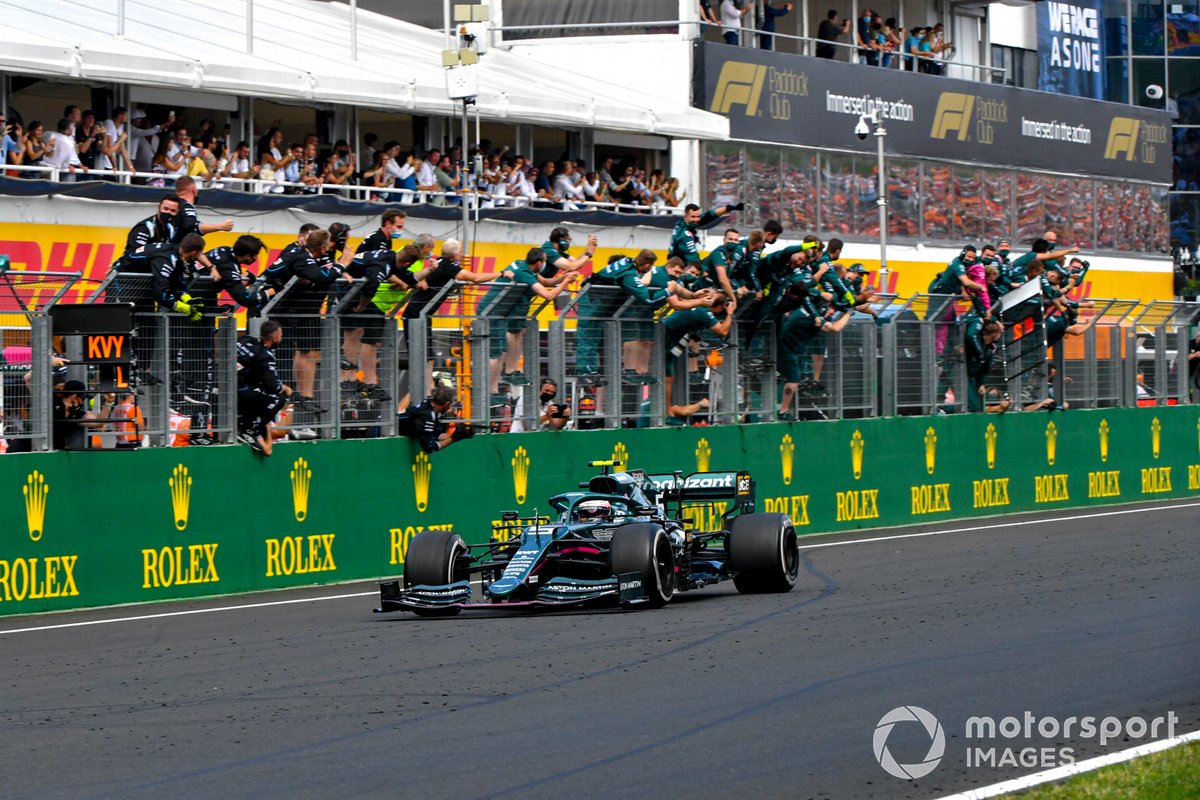 “It was possible to take only a 0.3 litre sample following the procedures layed out in Article 6.6.4 of the 2021 Formula One Technical Regulations.

“Therefore I am referring this matter to the stewards for their consideration, as this is not in compliance with Article 6.6.2 of the 2021 Formula One Technical Regulations.”

Article 6.6.2 reads that “competitors must ensure that a 1.0 litre sample of fuel may be taken from the car at any time during the event”.

Previous incidents took place in 2012, where both Vettel and then-McLaren driver Lewis Hamilton were thrown out of qualifying sessions for failing to provide a large enough fuel sample.

A representative from Aston Martin is required to report to the stewards at 8:20pm local time in Hungary over the lack of fuel sample.

If Vettel were disqualified, it would promote Hamilton into second place, while Ferrari’s Carlos Sainz Jr would complete the podium in third for Ferrari.

It would also offer a big points boost for Williams, who would see Nicholas Latifi and George Russell rise to seventh and eighth place, respectively.