Aston Martin Formula 1 driver Sebastian Vettel has admitted his collision with Esteban Ocon in the Bahrain Grand Prix "was probably my mistake" and explained why he initially blamed the Alpine driver.

On lap 45 of the race Ocon overtook Vettel while fighting for 12th place into Turn 1. While slotting back in behind the Frenchman, Vettel appeared to misjudge his braking and hit Ocon in the rear.

Both drivers managed to continue but lost a handful of positions, neither of them getting close to the points.

The stewards gave Vettel a 10 second penalty and two penalty points - adding to the three penalty points he received for ignoring yellow flags in qualifying - but Vettel initially put the blame on Ocon, asking "Why did he move?" on the team radio.

After watching the footage Vettel came around to take responsibility but explained why he first blamed Ocon.

"I thought he would stay right and then when he came back left, he was right ahead of me and I locked, so it was probably my mistake," Vettel admitted.

"Obviously, I'm a bit sorry for such a bad weekend because I know how much prep goes in before the start of the season and the first race.

"On the other hand, it can only go up from here. As I said, we learned a lot of things so it's a lot of work ahead of us but it is what it is and we have to tackle it step-by-step." 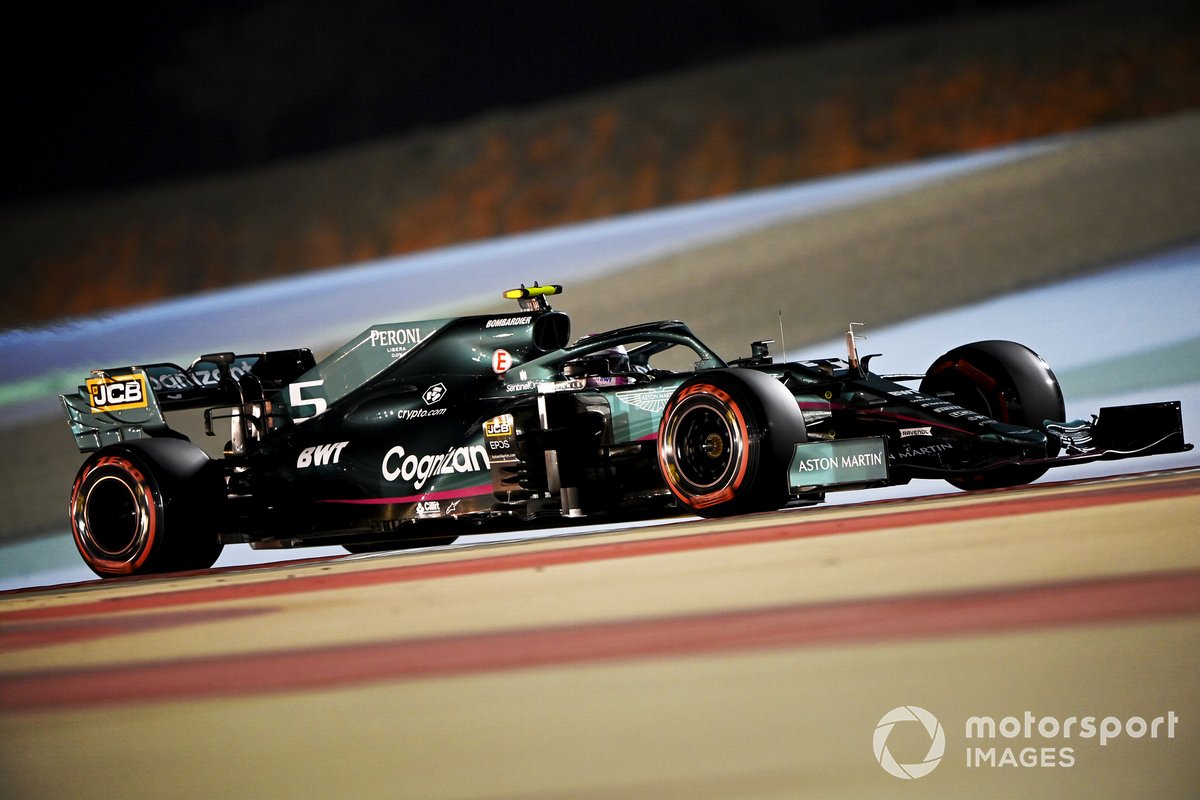 Ocon said Vettel came over to apologise after the race and he doesn't hold any grudges over the incident.
"Unfortunately, the incident with Vettel at the end made us lose a couple of positions but that is how racing is sometimes when you fight so close," Ocon commented.

"I’ve re-watched the accident just now and he didn’t tell me [about the radio comment]. He came and apologised, and he got the penalty for it so it is all okay."

Aston Martin had a low-key start in Bahrain with Vettel's teammate Lance Stroll only managing 10th, as the former Racing Point outfit seems to be firmly behind midfield rivals McLaren, Ferrari and even AlphaTauri.

Vettel explained Aston Martin suffered a lot of issues that need fixing and said that his team is "less than half" the way there of where it should be.

"It's been probably not the best weekend or the weekend we were looking for. But a lot of things that we learned in the race that we need to address. We will see how quickly we can fix them."