Penalty points were introduced for the 2014 season as a way of punishing repeat offenders, with drivers who accumulate more than 12 points automatically banned from the next race.

The concept gained momentum after Romain Grosjean picked up a one-race ban in 2012, for triggering a first-corner accident at Spa, which was influenced by his record of incidents in previous races.

Verstappen is currently on seven penalty points, and lost one on the Monday after last weekend's United States Grand Prix.

Asked what F1 chiefs should do about the penalty points system, Verstappen told Autosport: "Throw it in the bin.

"If they think it [a driver making mistakes] happens too much, then you just go and suspend him for a race, right?

"You don't need these stupid penalty points for that, do you? If you commit a very minor offence every time, it can eventually total up to twelve points.

"Then I don't think it's right [to suspend a driver for a race]." 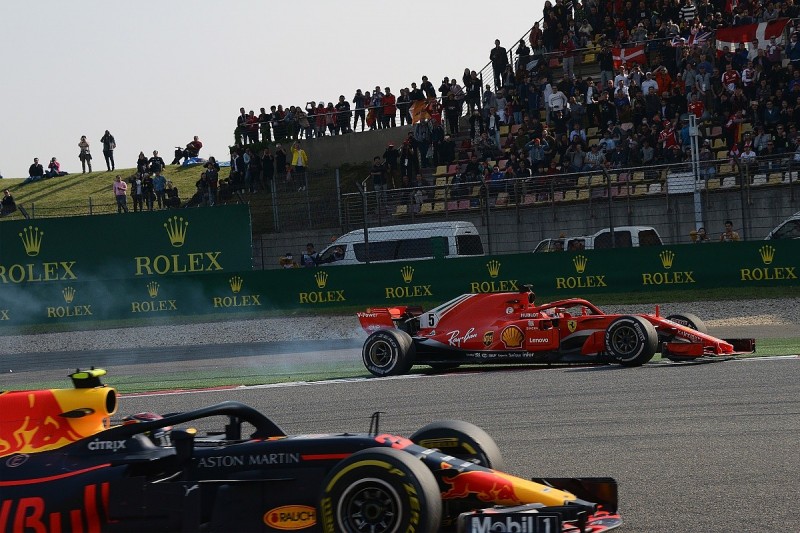 Verstappen believes drivers are "too easily punished" and the penalty points act as "extra punishment, because you have these points on the board for twelve months".

Penalty points are removed on the 12-month anniversary of their imposition.

However, if a driver is suspended for a race, the 12 points they have accrued will be immediately removed.

Stewards have a range of other penalty options available to them if a driver is involved in an incident: five-second or 10-second time penalties, a drivethrough, a 10-second stop/go penalty, a reprimand, a grid drop for the next race, disqualification from the results or suspension from the next race.

"I don't think there have been many drivers in the history of Formula 1 who have deserved a race suspension at some point," said Verstappen.

"If you cause a huge start crash, then that's a different story, but if you get so many points because of all of these smaller things [that a ban is triggered], I find it scandalous."

Haas driver Grosjean is just two points away from a race ban after a penalty at Austin.