The Red Bull driver was fourth fastest in qualifying for the season opener, 0.715 seconds off Lewis Hamilton's pole position pace.

But running wide in the fast Turn 13 right-hander cost more than enough time to have ended up ahead of second placed Kimi Raikkonen's Ferrari, which was 0.049s quicker.

Verstappen had set personal bests in the first two sectors of Albert Park on his final Q3 lap, and had he repeated what he did in the final sector on his first run, he would have been second and 0.611s off pole - while with a clean lap he could have been significantly quicker.

"I went wide in Turn 13, so I lost two-tenths compared to my quickest lap," said Verstappen.

"Lewis seems to be quite far ahead, but if we would have put a clean lap together, it's let's say half-a-second, and then with the power mode they have, which is three or four tenths, then it's not too bad.

"I just lost a little bit on entry, so I missed the apex and then went wide onto the Astroturf.

"You slide the rears and then the rear tyres are too hot, so that's not ideal." 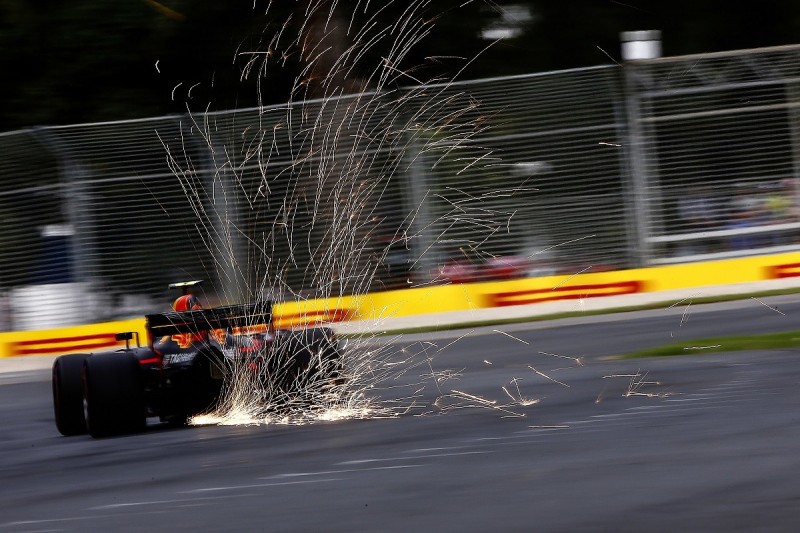 Like team-mate Daniel Ricciardo, Verstappen struggled a little for front-end grip during the session.

Because of this, and the fact Albert Park is not a strong circuit for Red Bull, Verstappen said he was not too concerned about the pace relative to Mercedes.

"In general the car was behaving really well," said Verstappen.

"Of course, it can always be a little bit better, so we just have to look for the future but every track is different.

"We could have had a bit more front grip.

"This is not our best track of the calendar, our car is definitely working really well so I'm not too worried."