Max Verstappen says Red Bull had to use an older Renault Formula 1 engine for the Russian Grand Prix, because the spec C powerunit cannot run in upcoming high-altitude races

Red Bull has elected to move both Verstappen and team-mate Daniel Ricciardo back to the spec B version for this weekend's race, despite being encouraged by the more powerful spec C since the Italian Grand Prix.

Both drivers will take grid penalties, although it is not yet confirmed to what extent they will be penalised.

"Our C-spec cannot run at high altitude in Mexico and Brazil," said Verstappen.

"We also knew since we took the C-spec on that we had to take another B at one point. I think this is the best place to do it. Also to have a few more spare parts in case something breaks." 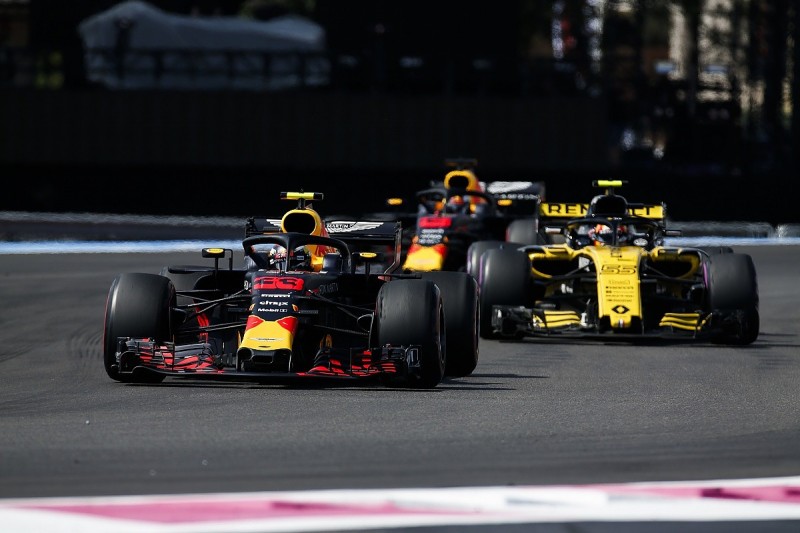 The thinner air at the high altitude races means that the turbo has to work harder to compensate for power output, putting increased stress on the MGU-H.

Renault suffered a spate of failures last year in Mexico, even though Verstappen won, and the reliability risks of the spec C engine would have been increased.

Verstappen said that the spec C has delivered a good step in performance in qualifying, but was still lacking in races.

"The C-spec has a bit more power in qualifying but it's the same or maybe a little bit slower in the race," he added.

"The [energy] recovery is not as good.

"But it's all about qualifying so you would always want to take another tenth or one and a half tenth if the engine gives it to you. That's why we decided to take the C-spec."