Formula 1 world champion Max Verstappen will stay with Red Bull until the end of the 2028 season after signing a five-year extension to his contract.

Red Bull team principal Christian Horner has called the new deal a “real statement of intent” as the Milton Keynes outfit maps out its future.

The Dutchman already had a contract that covered the 2022 and 2023 seasons after a previous extension was announced in January 2020.

The seven-year total duration of the new arrangement is believed to be the longest driver deal ever signed in F1.

After winning the 2021 world championship in Abu Dhabi Verstappen joked that he wanted to stay with the team for the next “10 or 15 years”, and Red Bull motorsport boss Helmut Marko confirmed shortly afterwards that an extension was in the works.

Ahead of the official confirmation of the deal the Dutch media suggested on Wednesday that a new contract could be worth up to €50m a year.

Although Red Bull has lost its works Honda support, the team has recently concluded some major sponsorship deals, including a title sponsorship with Oracle and a $150m deal with cryptocurrency platform Bybit.

Combined with the FIA cost cap restricting expenditure, those deals have given the team the confidence to spend whatever it takes to keep its star driver. 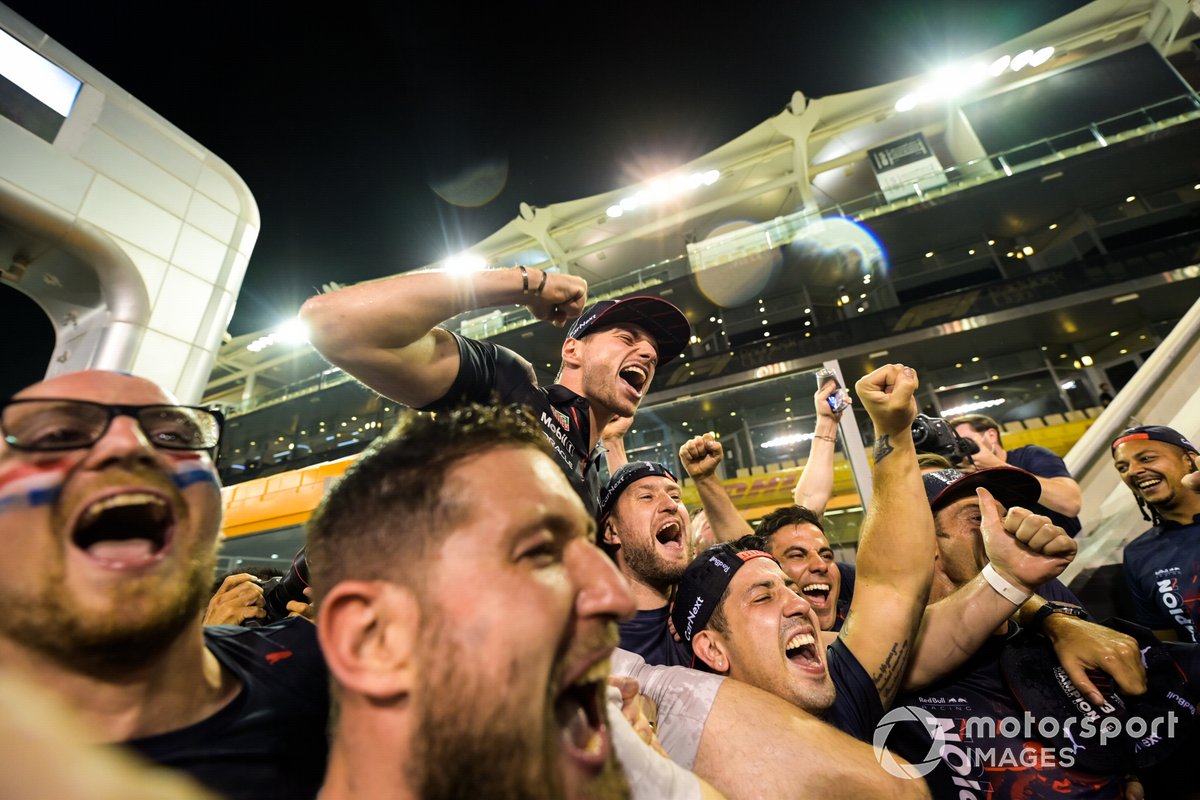 “I really enjoy being part of the Oracle Red Bull Racing team, so choosing to stay to the 2028 season was an easy decision,” Verstappen said of the new deal.

“I love this team and last year was simply incredible, our goal since we came together in 2016 was to win the championship and we have done that, so now it’s about keeping the number one on the car long-term.”

The extended contract secures Verstappen’s services into the first three years of the new power unit regulations which come into play in 2026. The newly-formed Red Bull Powertrains division is already working on a project for the new rules.

Having Verstappen on board for the long term gives Red Bull a strong hand in its ongoing negotiations with the VW Group regarding power unit supply, and indeed in discussions with any other manufacturer willing to underwrite and badge Red Bull’s own engine.

“To have Max signed with Oracle Red Bull Racing through to the end of 2028 is a real statement of intent,” said Horner.

“Our immediate focus is on retaining Max’s world championship title, but this deal also shows he is a part of the team’s long-term planning.

“With the Red Bull Powertrains division working towards the new engine regulations for 2026 we wanted to make sure we had the best driver on the grid secured for that car.”

Verstappen now has a longer commitment to the team than his team boss, with Horner having recently extended his own deal until 2026.

The predicted head start that has helped Ferrari in F1 2022