Max Verstappen described his Formula 1 world title triumph as "unbelievable" after Abu Dhabi Grand Prix victory and wants to stay with Red Bull "for the rest of my life".

Verstappen took the opportunity to pit under the safety car, brought out for Nicholas Latifi's crash with five laps remaining, to bolt on the soft tyre.

But although he was set to have to pick through traffic at the end as race control initially decided not to move the lapped traffic between him and title rival Lewis Hamilton aside, a late call meant that the lapped runners of Lando Norris, Fernando Alonso, Esteban Ocon, Charles Leclerc and Sebastian Vettel were sent on their way past the safety car.

Verstappen was on Hamilton's tail as a result, and dispatched his rival at the reprofiled Turn 5 to claim the lead - and with it, the world title.

"I think they know I love them," Verstappen said. "And I hope we can do this for 10-15 years together. There's no reason to change ever. I want to stay with them for the rest of my life. I hope they let me but yeah, it's insane.

"I'm so happy and also Christian but also Helmut you know, trusting me to be in the team in 2016. Our goal of course was to win this championship and now we have done that."

Verstappen explained that the manner of his first title win was "unbelievable", and felt he didn't give up throughout, even though the race looked lost prior to Latifi's accident.

"It's unbelievable. I mean, throughout the whole race. I kept fighting. And then of course, that opportunity in the last lap. It's incredible. I'm still having a cramp in my leg!

"But it's insane. It's insane. I mean, I don't know what to say, these guys here of my team, and of course, Honda as well, they deserve it.

"I love them so much. And I really, really enjoy working with them already since 2016. But this year has been incredible." 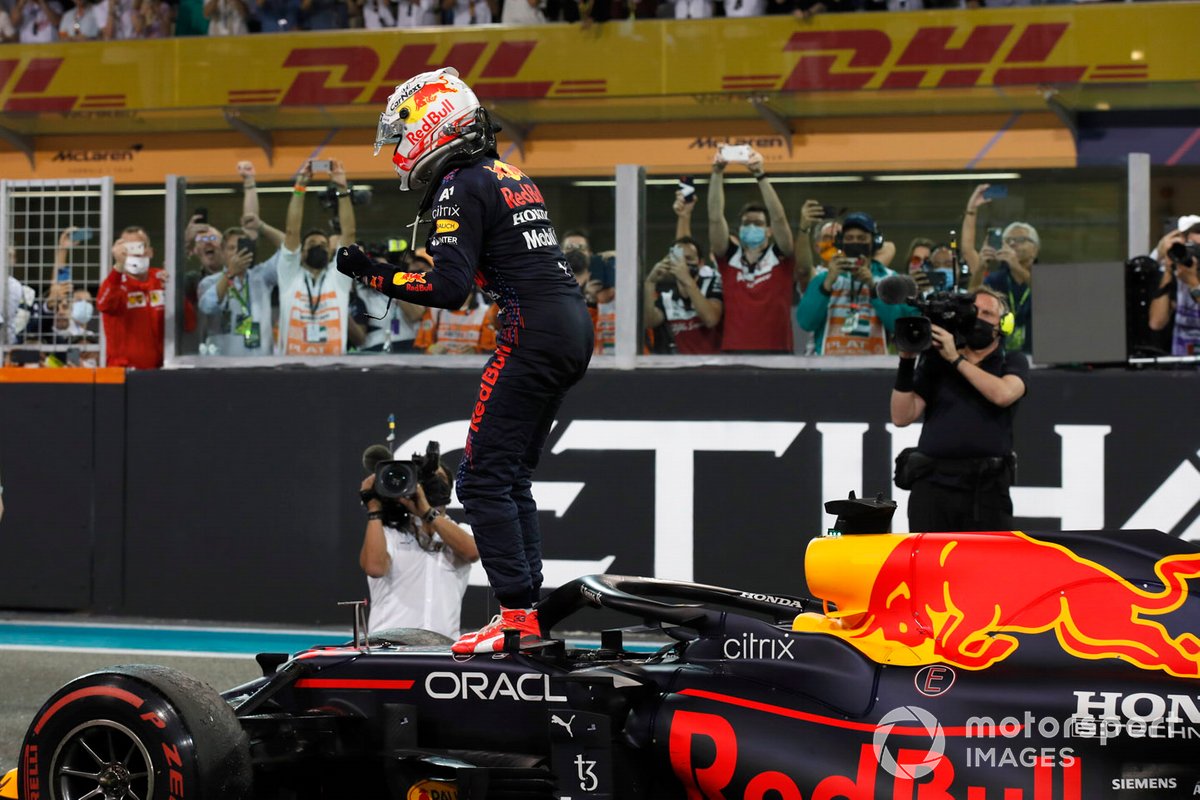 "Finally a bit of luck for me. Insane," Verstappen added.

"I also want to say a big thank you to Checo. I mean, he was driving his heart out as well today. It was great teamwork. And he's an amazing team-mate."