Max Verstappen rued losing his "destroyed" final lap in Mexico Formula 1 qualifying after being forced to back out due to cars in front of him going off.

Red Bull went into qualifying at the Autodromo Hermanos Rodriguez as the favourite for pole after sweeping to a 1-2 finish in final practice, led by Sergio Perez.

But Mercedes upstaged Red Bull by topping all three stages of qualifying, with Valtteri Bottas and Lewis Hamilton taking first and second after the opening runs in Q3.

Verstappen hoped to make up the 0.350s gap to Bottas by getting a tow off Perez on his final run, only to be forced to back out of his lap through the esses after Perez went off ahead, narrowly avoiding AlphaTauri driver Yuki Tsunoda who had ran off-track further up the road.

As both drivers came to rejoin the circuit, Verstappen backed out of his lap before locking up in the final sector. He was heard saying over the radio: "Unbelievable, what a dumb idiot."

"It seems like through qualifying, the balance went away a little bit," Verstappen said after the session.

"But then actually in the last lap, I was on for a good lap, but then I don't know what happened in front of me.

"There were two guys going off so I thought there was going to be a yellow flag, so I back out and then the lap is of course destroyed.

"Even with that, and not having a great balance, I think we could have gone for the pole lap.

"Of course third is not amazing, but I think it's still better than starting second." 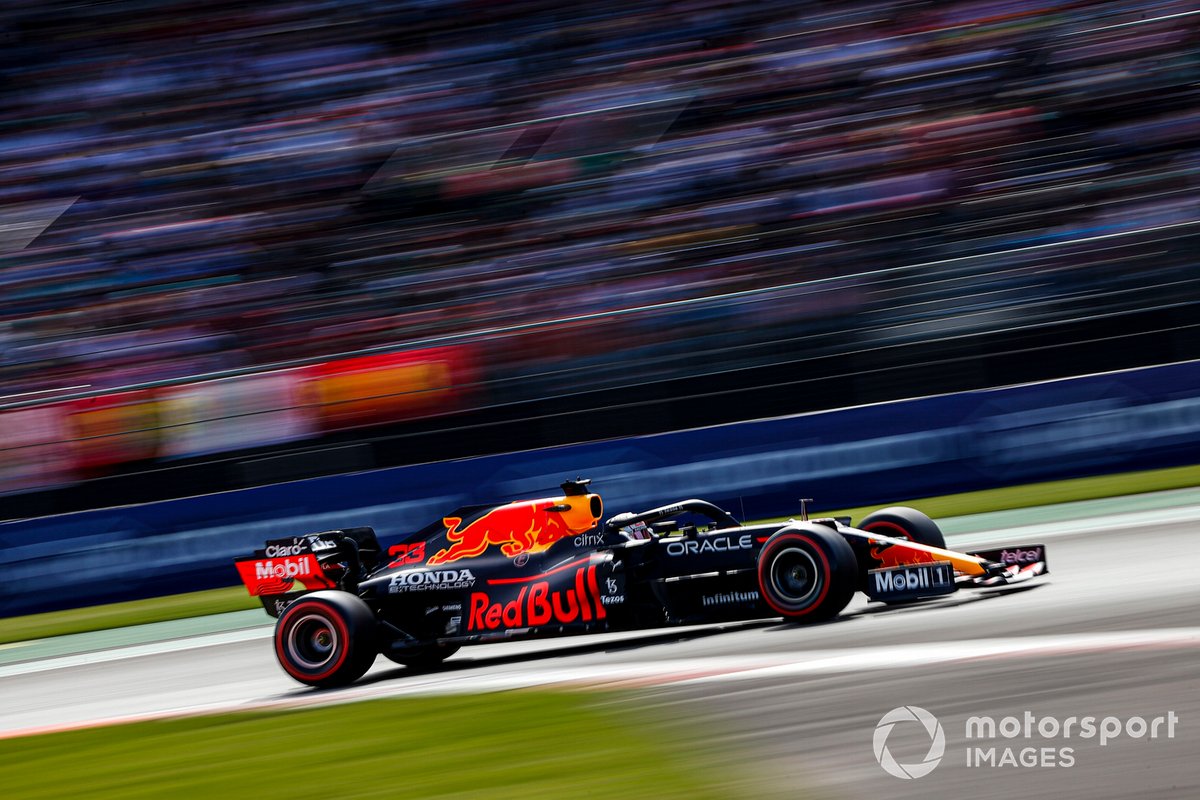 The result came as a surprise to Mercedes, who had expected to trail Red Bull thanks to the high downforce requirements of the track in Mexico due to the high altitude conditions.

Red Bull mechanics were seen regularly working on Verstappen's rear wing throughout qualifying, but Verstappen doubted it was "why it was a bit of a struggle for us in qualifying".

The Dutchman enters Sunday's race leading the drivers' championship by 12 points from Hamilton, who will start second on the grid behind Bottas.

"It's just qualifying didn't go our way, but we're not using these tyres anyway tomorrow, so still a lot to fight for," Verstappen said.