Max Verstappen is not disheartened that Red Bull has still not fully closed the gap to Mercedes, with his Formula 1 car having "weaknesses" that cannot be addressed until 2021

Although Mercedes stopped development of its current W11 several months ago so it could focus on work for next year, the German manufacturer has still maintained its pace advantage.

But while Verstappen would like to be closer to Mercedes, he is aware that there are some issues on the RB16 that cannot be addressed until the winter.

"We are pushing hard, of course, to close it, but we know there are some weaknesses in the car that we can't fix this year so we have to wait until next year," said the Dutch driver.

"Of course, I would have liked to be closer, but we're just learning about this car. Of course we know we have to make some changes for next year and we will try to put it all together for next year and hopefully then we will be closer."

Although cars must run the same chassis in 2021, teams are allowed to make changes to the aerodynamics - which is an area where Red Bull has traditionally excelled. 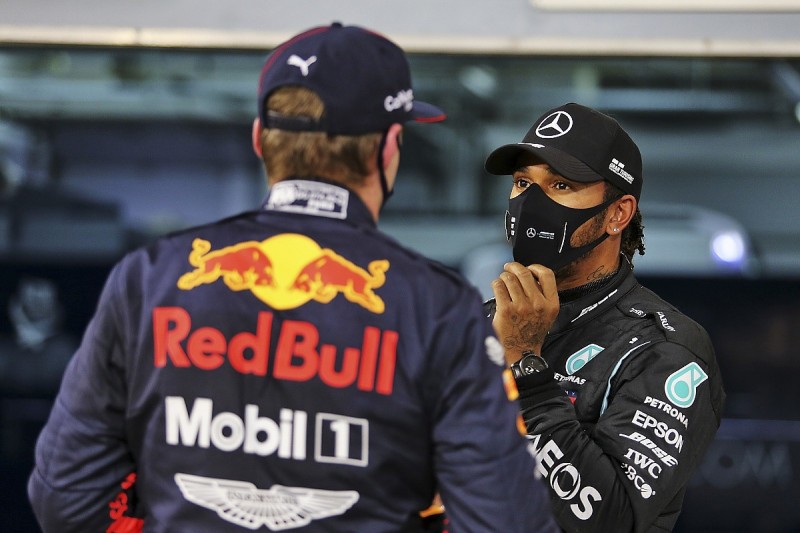 Mercedes stopped bringing updates to its car a while ago, but Hamilton thinks that the team has been able to extract more speed from its car in recent months thanks to understanding it better.

"I think it's been a really interesting process - but that's how it often goes. I think we're in a good position in terms of trying to prepare for next year but I haven't been to the windtunnel or anything, I haven't been back to the factory hardly at all this year, so I have no idea where the next package is - but I have naturally full faith in the squad back at the factory.

"But you've seen the Red Bulls also continuing to improve. I think they have a very, very good car and perhaps with some more development of their engine I think they would even closer next year."