The Dutchman and team-mate Alex Albon endured some tricky times throughout the 2020 campaign, with the RB16 suffering from aero anomalies early in the season.

The car's unpredictable handling, and nervous rear end, caught both drivers out at times, although good progress was made by the Milton Keynes-based outfit across the early races.

While intrigue about the car's characteristics dominated conversations, Verstappen says that, reflecting on the year, the issues were not as big a drama to him as some people thought outside of the team.

"I think that's made bigger in the media," Verstappen told Autosport about the RB16's difficult traits. "We had the second fastest car. I think there are a lot worse cars to drive out there.

"We had a few spins in pre-season and stuff, and when you drive on the limit, the car's not easy to drive, you know what I mean? Maybe ours is a bit more difficult compared to Mercedes, but it's probably nicer than Williams.

"So I think it's a bit overdone what people said in the media. I never really felt like that." 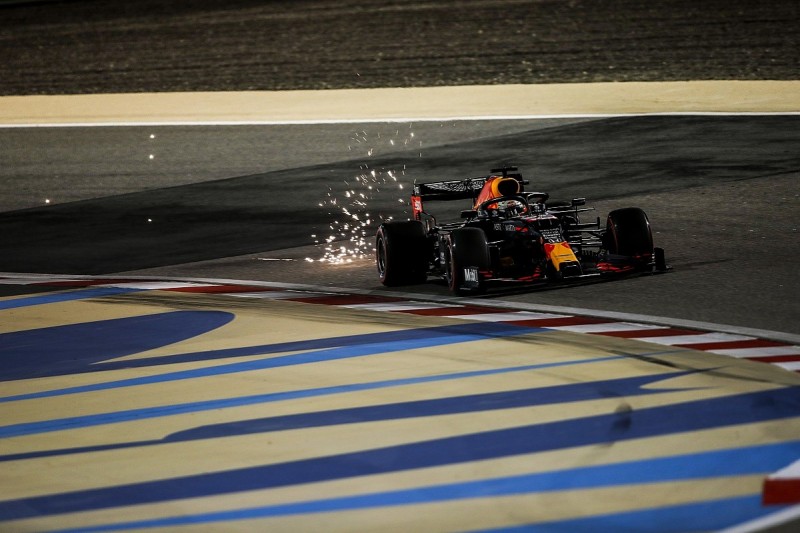 With Mercedes having made good progress with its car and engine in 2020, and Ferrari having fallen away, Verstappen often found himself running in a lonely third place last year.

But, while he was unable to deliver a high number of wins and a title challenge that he had hoped for, the Dutchman reckons he made a step forward on the driving front.

"I think again, better than [2019], just a bit more consistent," he said. "But, yeah, I've been quite a few races on my own... I just like to follow Mercedes! The car wasn't bad but we were still lacking a bit to Mercedes."

Asked if he felt frustrated about consistently being stuck behind the Mercedes drivers, he said: "Not frustrated just a bit powerless sometimes. But I still try to get the best result out of it, which I think we have done most of the time. So I guess that's good."