Max Verstappen will take a fresh engine – his third and final one of the Formula 1 season – for the Hungarian Grand Prix, after Honda detected a problem overnight.

The Dutchman had been using the same engine that he had crashed at the British Grand Prix a fortnight ago so far during the Hungaroring weekend.

Having undergone checks at Honda’s Japanese R&D facilities after the 51G impact at Silverstone, plus further evaluation in Friday practice in Hungary, there had been confidence that the engine was fine to keep using.

But following qualifying on Saturday, post running inspection uncovered a problem that left Honda concerned about its potential for the race.

The Japanese car manufacturer confirmed on Sunday morning that a decision had been taken for a completely fresh to be brought in to play.

A statement from Honda said: “During post-qualifying checks we noticed something on Max’s PU which might have developed over the course of the weekend, likely to be an after-effect of the Silverstone crash.

“We have therefore changed it for a new PU of the same specification. According to the regulations, Max is allowed to start from his third position on the grid with no penalty incurred.” 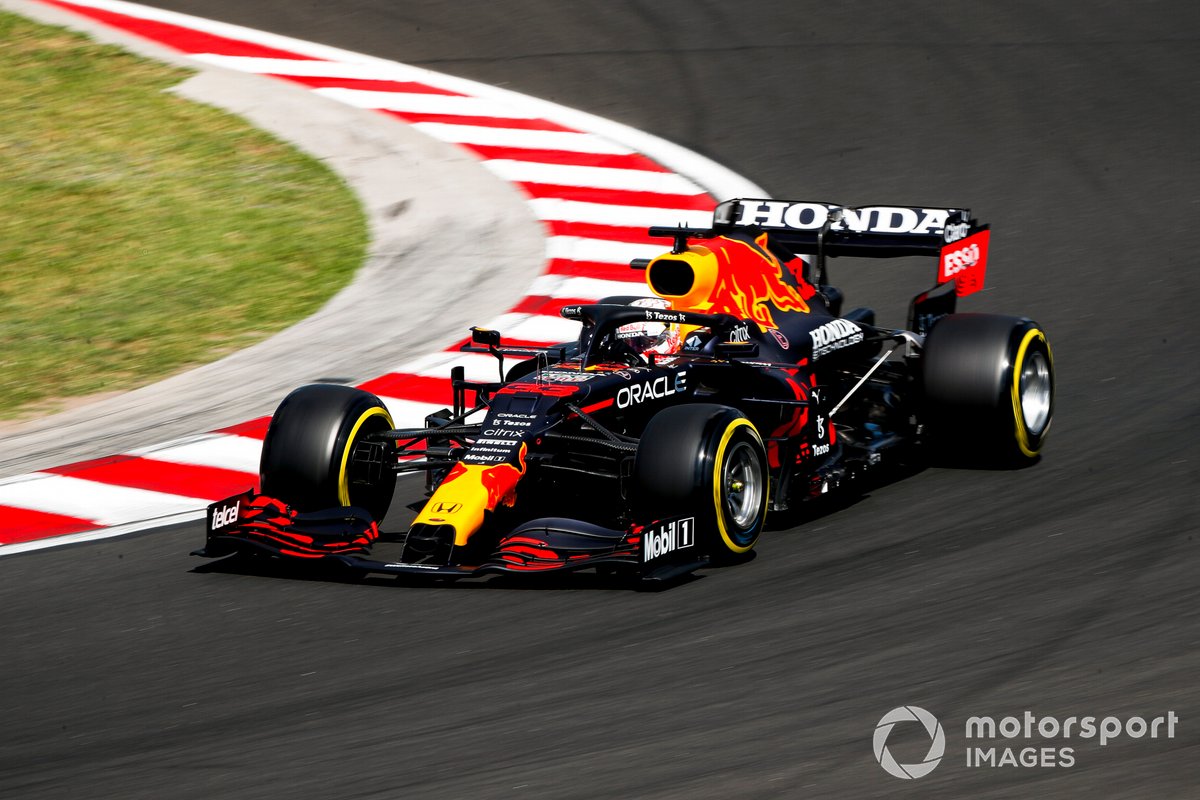 While the change of engine now will not result in a penalty this time out, it will be of concern to Verstappen and Red Bull that the Dutchman has had to switch to his third already.

With 12 rounds still scheduled after this weekend’s Hungarian GP, it is highly unlikely that Verstappen will be able to make it until the end of the season without bringing a fourth in to play.

The introduction of that will mean a grid penalty, and that could have huge implications in the F1 title battle.

Red Bull will therefore likely try to find a way to minimise the damage of such a penalty, by potentially introducing it at any moment that Verstappen has endured a difficult qualifying.

It will also need to ensure that at any race where Verstappen will be forced to drop back on the grid that the track layout offers the possibility of easy overtaking moves to help him move back up the order.